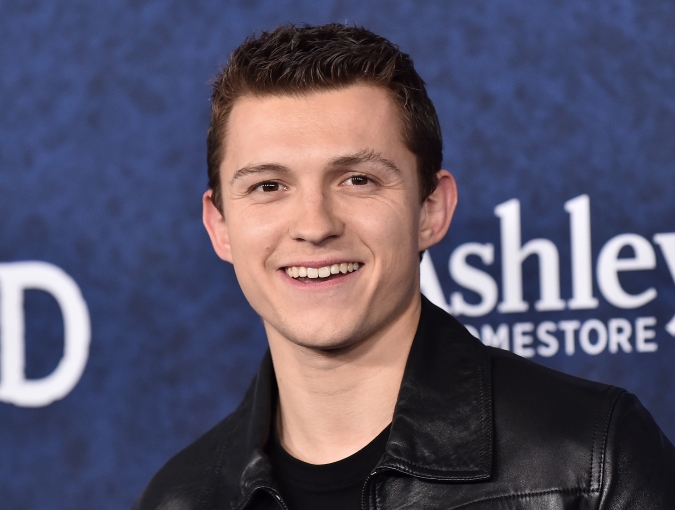 Tom Holland is confirmed as dancing king Fred Astaire; Jeremy Strong had a long road to Succession star Kendall Roy; and Kenny G pays no mind to any haters. All in today’s Movie News Rundown.

But First: No more excuses aspiring screenwriters, because we have an excellent breakdown of The Best Screenwriting Software You Can Buy (Or Get For Free).

Slow Box Office: Disney’s Encanto led the box office this weekend again, but Variety reports a drop off of 50 percent from Thanksgiving weekend. Spielberg’s West Side Story, Aaron Sorkin’s Being the Ricardos and Adam McKay’s Don’t Look Up all open this week. But the most likely winter box office savior Spider-Man: No Way Home opens the following week. Reinforcements are on the way (hopefully).

Tom Holland Laces Up His Dancing Shoes: Sometime after he (hopefully) saves the holiday box office as Spider-Man, Tom Holland will play Fred Astaire in an upcoming biopic, Variety reports. Holland joked that Amy Pascal called him while he was in the bath to discuss the role, where they shared a “lovely FaceTime.” Another interesting tidbit from the report is that another Astaire project is in the works with Jamie Bell as Astaire and Margaret Qualley as Ginger Rogers. Holland and Bell are notable for both playing Billy Elliot on the stage and screen respectively.

Sax Appeal: Margeaux Sippell talks to documentarian Penny Lane and smooth jazz icon Kenny G about Lane’s latest documentary Listening to Kenny G. Sippell’s feature begins with a Cameo recording and ends with Kenny G discussing why he ignored his manager’s advice not to do the project.

Jeremy Strong as Hamlet: Michael Schulman writes a must-read profile on Succession star Jeremy Strong over at the New Yorker. The piece is loaded with great quotes from Strong and those who have collaborated with Strong. Aaron Sorkin details Strong’s request that he be tear-gassed in The Trial of the Chicago 7. And Succession executive producer Adam McKay describes Strong’s role as Kendall Roy: “He’s playing it like he’s Hamlet.”

Thing I Learned: Jeremy Strong is a “superfan” of Karl Ove Knausgaard’s “My Struggle” series.

Method Acting: or “identity diffusion” as Strong calls it in the profile is a big part of Strong’s process.

If You’re Someone: Who finds method acting annoying, Robert Downey Jr. — who worked with Strong on The Judge — might agree with you.

“All I know is, he crosses the Rubicon,”: Downey Jr. tells Schulman.

Succession Star Brian Cox Chimes In: “The result that Jeremy gets is always pretty tremendous. I just worry about what he does to himself. I worry about the crises he puts himself through in order to prepare.”

Cox Continues:  “Actors are funny creatures. I’ve worked with intense actors before. It’s a particularly American disease, I think, this inability to separate yourself off while you’re doing the job.”

Just Read It: The feature is lengthy and seriously jam-packed with so many great quotes.

Over in the Documentary Space: Free Solo filmmakers Chai Vasrahelyi and Jimmy Chin join the Factual America podcast to discuss their new documentary The Rescue which details the remarkable 2018 Thai cave rescue. The Rescue uses a mix of recreations filmed inside a giant water tank in Pinewood London and never-before-seen footage of the rescue which we dive into here.

Drama Therapy x Documentary: Robert Greene talks to MovieMaker about his seventh feature Procession, which plays as a culmination of his unique methods which involves combining elements of drama therapy with traditional documentary filmmaking. The result is powerful stuff. Procession is currently available to stream on Netflix.

Sticking with Tennis: Congratulations to the cast of King Richard, who will be honored with the Ensemble Performance Award at the 2022 Palm Springs International in January. King Richard is available to stream on HBO Max, but first check out our Flash Forward feature on rising star Demi Singleton and our talk with director Reinaldo Marcus Green and his editor Pamela Martin.