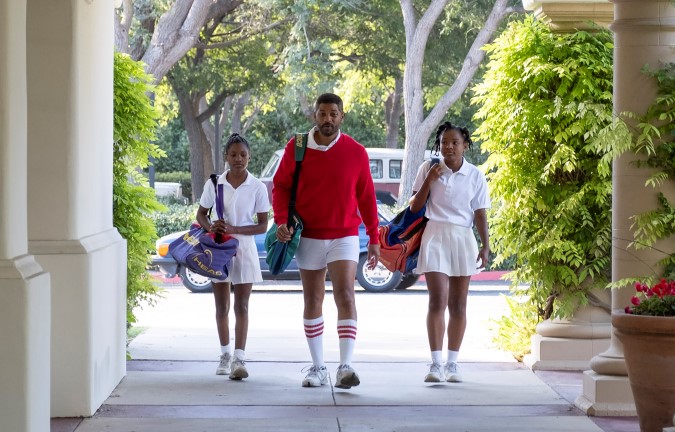 “Remember that little indie filmmaker? I’m making a big movie starring Will Smith!” That was how King Richard director Reinaldo Marcus Green invited Pamela Martin to edit the film, which stars Smith as Richard Williams, father to future tennis stars Venus and Serena Williams (Saniyya Sidney and Demi Singleton). Martin remembered Green from their time together at a 2017 Sundance Lab, and had been impressed by his 2018 film Monsters and Men. But there was one problem: She had previously edited the tennis drama Battle of the Sexes, and wondered, “Do I really want to do another tennis movie?” Green and Martin explain what happened next.

It’s tricky when you work with someone the first time, because you’re taking a risk when you go with someone who’s a little more green, or you don’t have that relationship yet. But I liked Rei’s personality, and I liked the script. A huge piece of the puzzle is the script, always. I read the script and thought it was very strong.

At the end of the day, just like Battle of the Sexes, King Richard is not a tennis movie, actually. There’s tennis in it, but it’s a movie about a family and real people. That’s what attracted me to it, and that’s what attracts me to any script. The barometer is, Do I want to see this movie? Because I have to spend a long time on it. So I look for things that are to my taste, and something that excites me, that I know I’m going to be passionate about when I go to work every day.

What was nice about this tennis movie is that it was approached differently than the other one. So that was a new set of challenges for me, particularly the fact that Rei chose not to do announcers — no commentator voices during the match. Sports movies rely on it heavily, and I am guilty of that.

I knew that was going to be hard. But in a way I was relieved to just let go of that and say, OK, I have to figure this out another way.

Reinaldo Marcus Green: Cinematographer Robert Elswit and I talked about not wanting to rely on announcers to help us tell the emotion. At this point in the story, if we don’t care about these characters, then we have not done our job as filmmakers.

We were able to convince the studio that our way was the way. I’m very happy I stuck to my guns. They supported it, but it was certainly: You sure you don’t want to consider it? Nope! 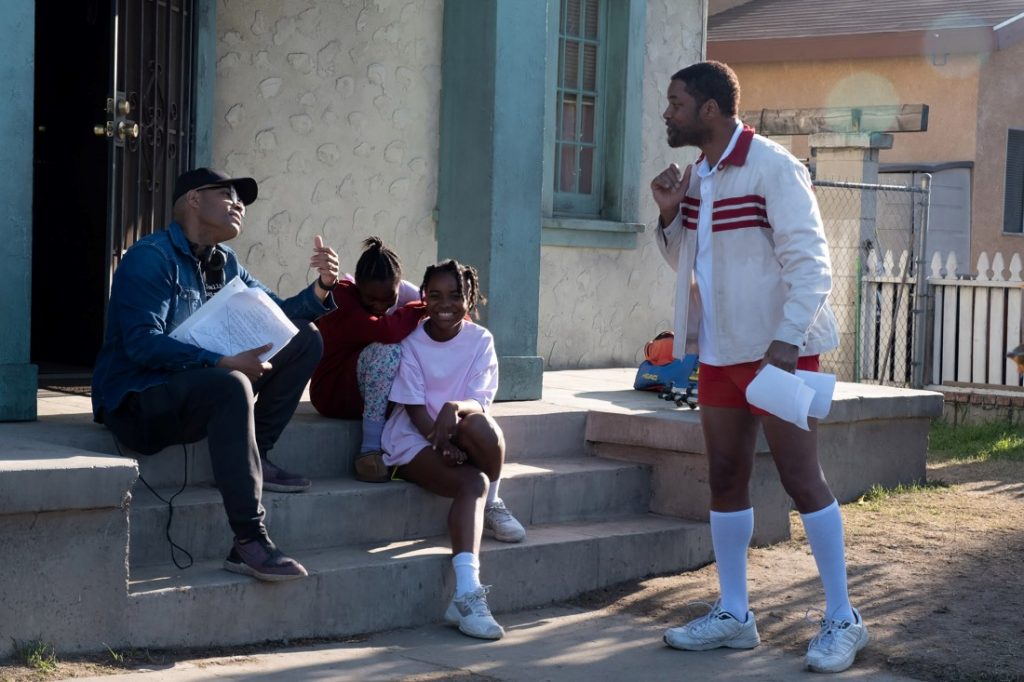 Pamela Martin: Primarily, editing decisions were made for dramatic effect. How is it affecting the people in the stands, our family, the spectators — that was important. In fact, we went back later on and did a reshoot to pick up some stuff for the final match of real people in the stands that we hadn’t had the opportunity to get because of COVID. That explains some of the choices of why I’m on someone when something happens. Why did I stay with Will Smith? Because I want to see dad’s reaction there.

At the same time, a lot of the heavy lifting in those scenes had to do with jumping time, because tennis is a very long sport. A match can last as much as two, three hours. We have to condense an entire match into five minutes, seven minutes. So we’re using jump cuts and montage techniques to move us in time.

Reinaldo Marcus Green: Originally for that last match, it was constructed that Richard was in the stands the whole time. But there weren’t enough places for him to go, just sitting in the stands all the time. So the whole construction of Rich’s character, starting in juniors — he can’t sit down, he can’t watch, he’s very nervous — that went into the storytelling of him being in the hall and not being able to watch. Let’s move him around, give him someplace to go. I’m happy that we made that decision. And Saniyya Sidney on the court, what’s happening with her at that time? Tennis is unlike any other sport. It’s not like boxing. It’s not like golf, where you have caddies, or someone that you can talk to. You’re completely isolated. You’re completely by yourself.

Again, we weren’t making a sports movie, we were making a movie about a family. That drove how we shot the tennis, what was important to tell in the story of the tennis, and every shot we wanted to connect the family. You’re never without family in any of those tennis shots.

It’s not a Nike commercial. One of my favorite sports movies recently was Moneyball. The baseball was like this much of the movie. It’s about the emotion of the characters. 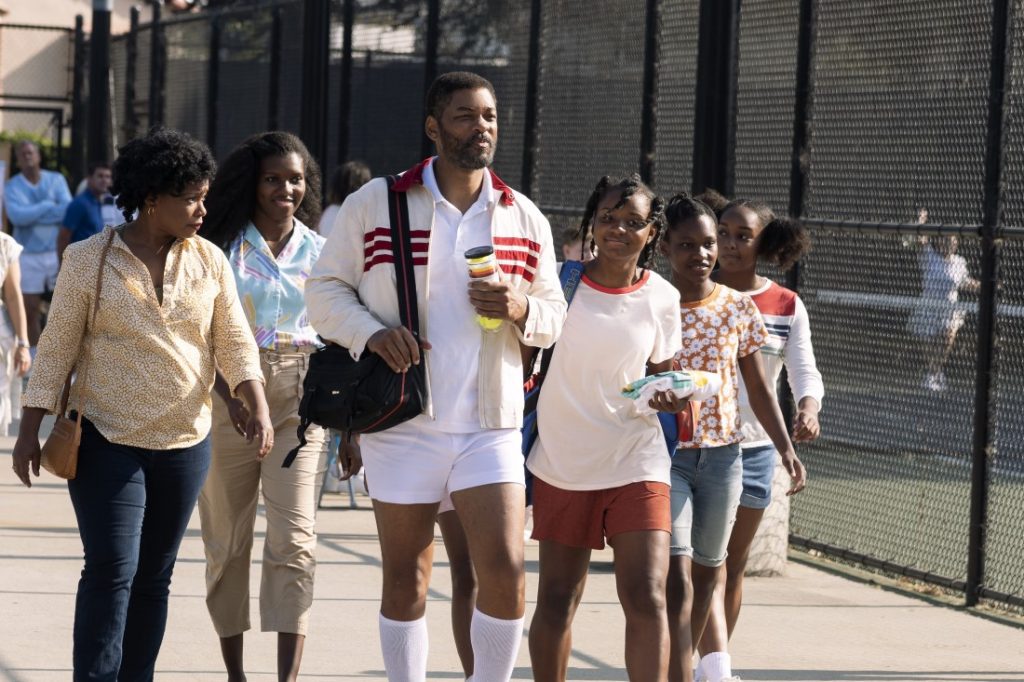 The Williams family heads to a match in King Richard, directed by Reinaldo Marcus Green and edited by Pamela Martin. Courtesy of Warner Bros.

Reinaldo Marcus Green: Usually when I start a movie, I’m ready to quit and start another profession. This was the first time I was like, Wait, we’re in pretty good shape! A lot of that came from Pam’s rhythm, her timing, understanding the comedic beats in the movie. There’s never a dull moment and there’s a lot of nuance in those editing choices.

Pamela Martin: When we got the first cut, we never really had a fleshed-out opening to the movie.

Green: That was a big find. We had a lot of things that would lend themselves to montages, but too many of them, in a way. So we watched the whole movie, and the first part was there but we knew it was kind of a disaster. It was the weakest part of the movie. It’s all there, but it’s just not starting the right way. We tried different beginnings, and that whole thing where he’s shopping for coaches came deeper in the film. I had this idea to start off with it, because we would really learn who Richard was, right away. That was a major restructure that happened in week one or two of the edit together.

Martin: That’s just the job of editing. You’re never really stressed about it, until you’ve tried 1,001 things and you still don’t have it. Then you have to go pick up reshoots or whatever. That’s when it gets stressful. When you have to friggin’ hammer it and you’re getting hammered from outside. We were so fortunate on this film, that it did come together quicker than others. We were able to spend that time with our producers and with the studio refining and fine-tuning and making everything sing, because it already was up on its own two feet at a very early date in our process.

Green: It’s amazing when you can actually have a conversation, and if you have any disagreements say, Hey, I see it this way, you see it this way, let’s try it. Pam has always been willing to try. Hey, we have the time, let’s do it, let’s see it, let’s put it up on its feet. It’s about never being afraid to try something and feel like the house is gonna fall apart. Pam was so great about, I don’t know, I don’t think this is gonna work. But let’s do it that way!

Martin: Let’s do it! 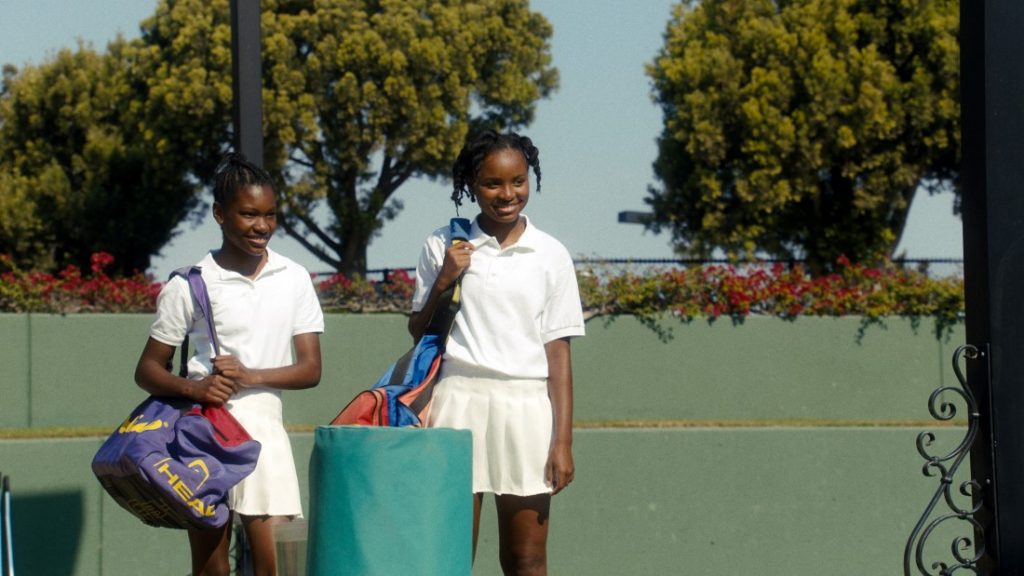 Reinaldo Marcus Green: Sometimes it works and sometimes it doesn’t. But it’s always wonderful when you’re working with a great human being. The heart of a person really speaks to how a film is built. That goes in front of and behind the camera. Hopefully, you can feel that in the cuts, you can feel that in the performances. It’s a combination of us getting along and understanding our styles a bit.

Pamela Martin: When it works well, it’s personality, and how much you admire the other person. But what makes it work well is that not one person is doing all the work.

You can’t sit in a room by yourself and make a movie. So I need Rei to have ideas, and Rei needs me to bring ideas to the table. When edits get stuck is when people have no ideas, or they’re not willing to think outside the box on how to fix something, or how to make it better. Guess what? This really isn’t working. Can we attack this from an entirely different angle? You have to be able to unlock your vision of what you thought it would be, and embrace the unknown. Embrace attacking things from a different way, something that you may not have considered. Be open all the time. That’s when you discover wonderful things, or have happy accidents in the edit room. Speaking to the heart — that goes into everything. Not only do we love each other and get along, but we love those characters. To me, that’s really important, no matter how flawed any character is in any movie I’ve done, I have to love those people to do them justice. And these are real people. It’s more important even than a character that’s made up.

I started out my career cutting on 35mm film. And when we changed stuff, there were huge two-hour discussions about how you were going to do it, if it was a major recut. You even had people on the synchronizer marking it off, making a dupe of it, so if you had to put it back, you could find that cut again.

So in the digital age, there’s just no excuse for not experimenting in the edit. You can save that version. There’s no excuse, except for laziness, or not having ideas. That’s your job.

King Richard, directed by Reinaldo Marcus Green and edited by Pamela Martin, is now in theaters and on HBO Max.

Main image: Demi Singleton, Will Smith and Saniyya Sidney are the Williams family in King Richard, from director Reinaldo Marcus Green and edited by Pamela Martin. Photo by Chiabella James.

This story has been updated with the release of King Richard.

Why Kurt Vonnegut Wrote in Simple Words We Can All Understand
Mike Mills Wanted C’mon C’mon To Feel Like a Fable, So He Shot It in Black and White