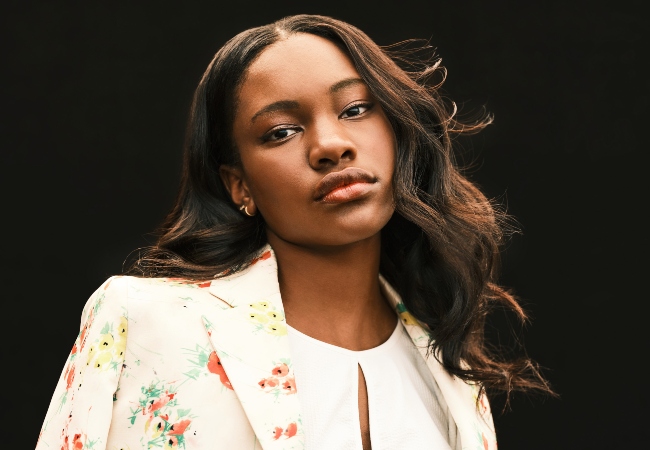 Demi Singleton is 14 — Serena Williams’ age when she turned pro.

And that’s not the only thing Singleton has in common with the tennis legend she plays in King Richard, the new film from director Reinaldo Marcus Green that tells the story of Richard Williams (Will Smith) devoting his life to helping his daughters, Serena and Venus (Saniyya Sidney), become two of the greatest athletes in history. Singleton caught the acting bug at the age of nine when her mother took her to see a Broadway production of Matilda. Barely one year later, she landed her first role, in Broadway’s School of Rock. Then she played young Nala in Broadway’s The Lion King.

“It was a lot of auditioning,” she recalls.

Remembering one rejection, she remarks, “Obviously, I didn’t let that stop me.”

Her first movie role was in 2019’s Goldie from Vice Films, and her first television role was as Margaret Johnson in Epix’s Godfather of Harlem that same year. She also appeared in HBO’s 2020 documentary Showbiz Kids. She’s overjoyed to play one of her real-life heroes in King Richard.

“Serena has always been an inspiration to me for as long as I can remember, even before I was a tennis fan, just because of how hard she works and how she never takes no for an answer and always strives to be the best,” Singleton says. “Playing her kind of gives me the chance to be an inspiration to many other young girls who are maybe feeling that they’re not good enough.”

Singleton started learning classical ballet and to play the cello when she was just three years old. She describes her childhood as “busy, but not too busy to have a normal life.” 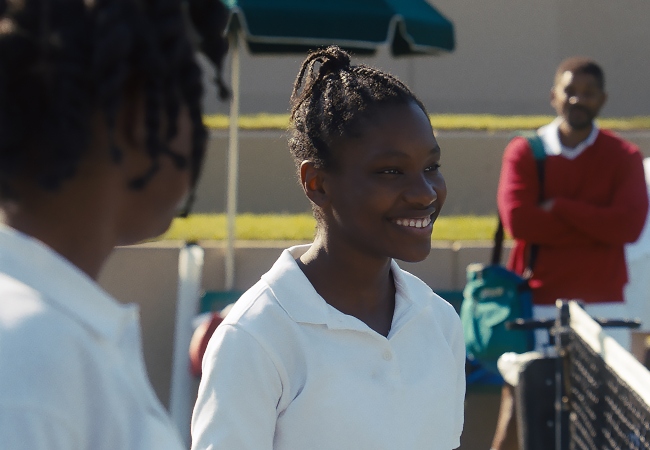 “I do think that my upbringing was similar to the Williams sisters in some ways, just because they were brought into a sport at a young age that wasn’t necessarily made for them, or you know, they weren’t expected to be there,” she says. “I feel like that’s kind of the same thing for me, especially with playing the cello at such a young age. I don’t think you’d expect many young Black girls, girls that look like me, to be playing the cello at three, four years old.”

Singleton also learned to play tennis to play the winner of 23 Grand Slam singles titles. Though she had experience with dance, gymnastics, and volleyball, she had never played tennis before. She and her co-star, Saniyya Sidney, trained with retired professional tennis player Eric Taino.

“Every day for a couple months I would go to practice,” she says. “Usually in the mornings we’d spend at least an hour-and-a-half to two hours, sometimes even three.”

Singleton’s role models— besides Venus and Serena Williams, of course—are Viola Davis, Angela Bassett, Angelina Jolie, and Lupita Nyong’o. Her favorite musical artist is Beyoncé—she and Sidney were overjoyed when they heard the singer’s brand-new song Be Alive as the credits rolled on King Richard. Her favorite Broadway shows are The Lion King and West Side Story.

After spending most of her life growing up in New York City, she’s making a big transition to Los Angeles, where she and her family recently moved. Singleton is the eldest of three siblings and is just about to start high school.

She’s made strong friendships with her on-screen sisters while she gets used to a new city and a new school.

“The other girls in the cast, I really, really do care for them a lot and I love them so much,” she says. “They really are like my big sisters, and because I don’t have a big sister in real life, I really do appreciate them for that, because I tell them everything. I could talk to them about anything.”

She’s also gotten to know Will Smith, who she refers to as “Mr. Will.”

“He was always saying, be careful about how you treat the people you work with when you’re on your way up, because you might see them again on your way down,” Singleton says. “That’s something that I’m definitely gonna take around with me throughout my career.”

“I’ve always dreamt of this, but I would love to be an EGOT,” she says. “That would be, like, the ultimate thing for me. But more than that, I really just want to grow up to be somebody that other people can look up to. That means a lot to me.”