Huma Hussain’s short film “Nafs Said” follows a young Indian-Muslim housewife who struggles with the mundanity of her everyday life — in which she needs permission from her husband to do something as simple as going to the grocery store. Her life is forever changed when she’s suddenly presented with the opportunity to break free.

The movie’s title comes from an Islamic concept, “nafs,” which relates to a person’s inner desires. And though the title sounds like a play on words with the colloquialism “’nuff said,” Hussain says it wasn’t intentional.

“Nafs is actually an Islamic concept, so it refers to a person’s essence, or their inner feelings, their desires. And the way I look at it is that the nafs needs to be honored. It’s something that needs to be cherished. You need to live your life consciously and fully and act on those desires and impulses that are true to you as a person,” she said.

She also drew inspiration for the story and her main character’s experiences from her own childhood, growing up in India. 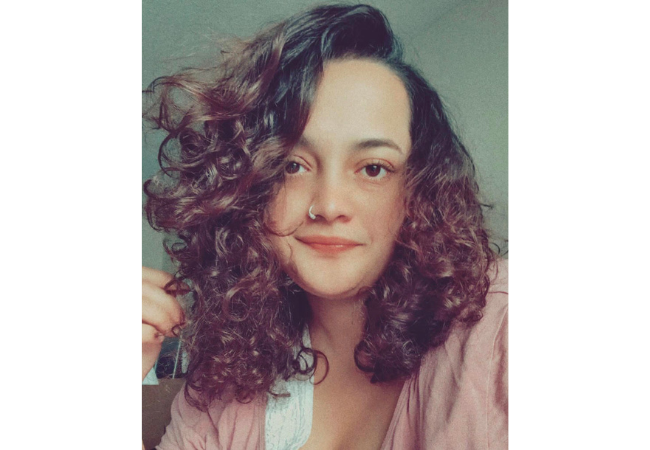 Huma Hussain, courtesy of the director

“I found out early on that I could use writing and film as a medium to explore parts of my life and my psyche that I’m too afraid of facing otherwise,” she told MovieMaker. “So that was one of the reasons I made the film. Apart from that, when I was growing up as a woman in India, I had kind of grown accustomed to either being silenced or, you know, I’d become comfortable in silencing myself and my thoughts and my feelings and my identity.

“So, what I imagined for this story was to show this lack of agency and this struggle to come to terms with your desires or your inner feelings, even if they fall outside of people’s expectations of you.”

Hussain chose a 4:3 aspect ratio to make the audience feel closer to the main character, Maryam, played by Shreya Navile, who has been starring in Hussain’s films ever since a mutual friend met Navile at a grocery store. Navile’s upcoming projects include the eerie drama When the Music Changes and the romantic thriller Gunde Katha Vintara. Maryam’s husband is played by actor Siddhant Singla.

“I wanted to get into the inner consciousness of the character and to bring out what it’s like to live with this character, to feel what she’s feeling, to think what she’s thinking,” Hussain said. “So I wanted to try to be as close to her as possible, which is why they’re mostly close-ups. It’s a small frame so that you know you’re constantly drawn to her, you’re with this person from the beginning to the end.”

Hussain spent the first seven years of life in Muscat, Oman, and later moved to Hyderabad in South India, where she remembers women being held to different standards than men. 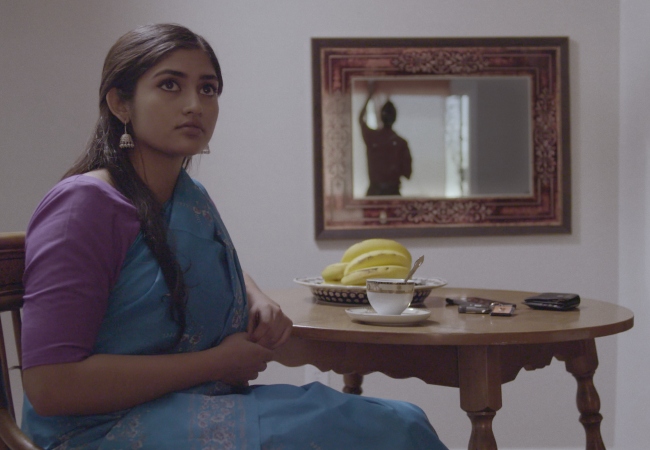 “It’s difficult growing up as a woman in India because there are a lot of societal and cultural expectations around you, right? So there were restrictions on mobility or what you can do, or who you can meet, or who you can speak to, and sometimes even if it wasn’t explicit, it was implicit,” she said. “So everybody behaved that way to a certain extent, right? So that was expected of you. I didn’t feel comfortable expressing myself a lot of the time, because I didn’t think I’d be accepted. I didn’t think it would be well- received… there were lots of times where I just willingly silenced myself and didn’t talk about it. I think it was only over the last few years that I sort of leaned into my identity, I guess, and started talking about my experiences and just kind of took ownership of that narrative. But prior to that, I was happy being invisible.”

As for what the future holds for Hussain, she aspires to increase Muslim visibility in Hollywood.

“I want to continue to make movies that think about my experiences, and [the] experiences of Indian women and Muslim people. I feel like there is a lack of representation for Muslims. Even in India, where I grew up, I was accustomed to seeing caricatures of my identity on screen,” she said. “It was important for me to imagine myself through a different lens. So that is something that I’m actively working towards.”