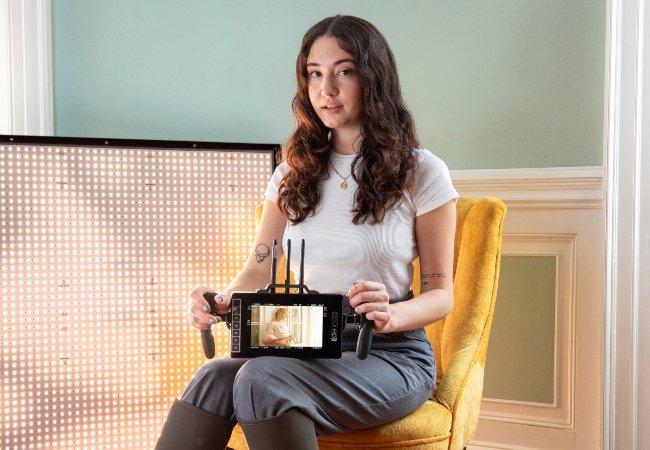 Welcome to The New School, a new series highlighting striking, rising talents coming out of top film schools. Meet “The Awakening” director Jess Farran, a graduate of Savannah College of Art and Design.

“I really loved my childhood,” Farran told MovieMaker of her upbringing in Michigan. “I’m from a really small town. I have two older brothers. We grew up on the lakes in the woods, climbing trees just, like, very barefoot, dirty hair — my parents had to drag us in to take a shower or do anything like that. I literally have a specific memory of my mom forcing me to take a shower and wash my face before I could eat dinner because I was so filthy,” she laughed.

“The Awakening” debuted during Savannah College of Art and Design’s SCAD Fashion 2021 event earlier this month. The film uses garments designed by SCAD students to bring the story to life, and stars Briana Michelle Smith as a mysterious being with alien-like features who wakes up from her slumber surrounded by nature. You can watch the film here. 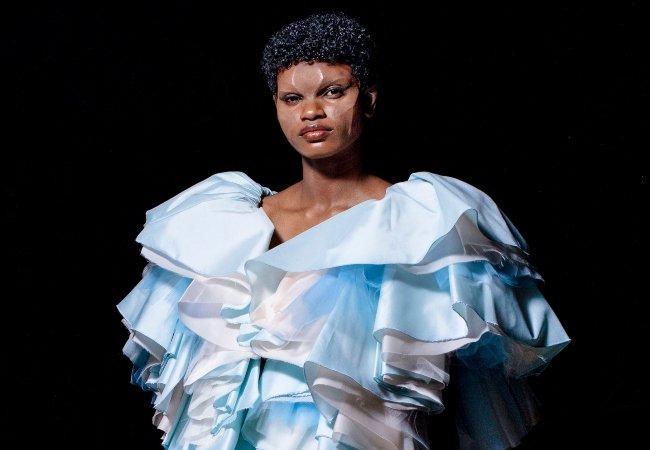 Briana Michelle Smith behind the scenes of The Awakening, Photography Courtesy of SCAD

“Our protagonist is just a celestial being. I wanted to leave it pretty ambiguous, like you don’t really know if she fell to earth, if she’s been on Earth, how long she’s been sleeping,” Farran said. “When we start the film out, there is just a moment of pause, but pretty quickly we see things literally awaken and these capsules have just kind of broken through the earth.”

Farran says the flora and fauna-filled setting was inspired by her memories of growing up surrounded by family in Michigan.

“Family is definitely probably my biggest inspiration in all of my artwork,” she added. “The way that I personally hold my memories in my mind in my heart and in my art as well is always very important to me, and any way I can try to extend that into my work, I really try to do so within the visual language.”

Also Read: People Are Nostalgic About Movie Theaters and The Lost Boys Because of This Viral Tweet

Though she’s relatively new to directing, her films — like her primary medium, photography — are influenced by natural hues.

“I think my style is always changing, but in the last few years, I’ve been really just into a more dark color palette. A lot of people see my photos as — they always use the word dreamy or ethereal. I just love cooler tones like periwinkle, purple, violet, sage, olive greens,” she said. “It’s just, earthy, but kind of in like a mystical way. I love just, I don’t know, playing on the darkness. And I think that’s one thing I love about photography, and that I can carry into cinema, too.”

Farran’s first foray into filmmaking was a music video for Coax & Botany, a song by her partner, musician Gus Dapperton. He lent his musical expertise to “The Awakening” via the score.

“He really pushed me to do it and gave me a wonderful opportunity, and as soon as I did, I just totally fell in love,” Farran says of Dapperton’s music video. “As a filmmaker, I just really have an intense connection to nature and the earth.” 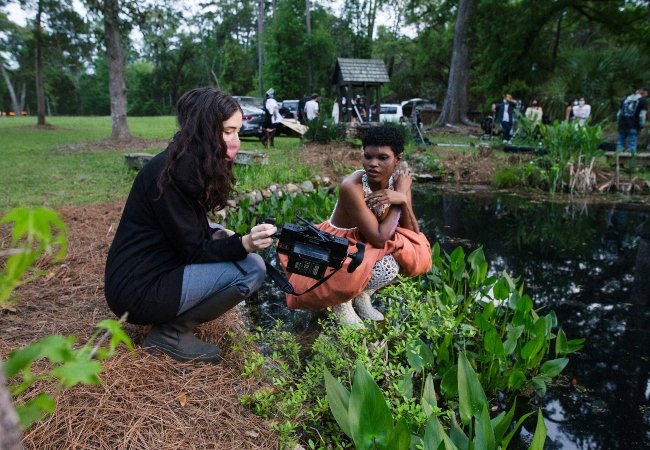 Jess Farran and Briana Michelle Smith behind the scenes of “The Awakening.” Photography courtesy of SCAD.

“I just want all my films to feel really human and really connected, whether that’s through nature or through personal connections. Sometimes it has a fantasy or sci-fi quality,” Farran continued.

In “The Awakening,” articles of clothing designed by SCAD students become part of the narrative, serving as the vehicles through which Smith’s character has a spiritual and creative awakening.

“Each garment kind of holds its own story or its own purpose. And she’s very curious,” Farran said of Smith’s character. “She doesn’t know what these are, and when she goes to touch one of them, it kind of just unleashes a synapse of memories… and at the end she just kind of sees this final one, and it’s almost as if that’s the one that’s just been waiting for her. And she just kind of has a soft, tender moment realizing what it is, and then transcends into the dress,” she adds. “You don’t really know if she’s going to space, what’s happening — you just know [it’s] kind of a spiritual moment between her and herself. She’s just kind of enjoying her own company.”

Main Image: Director Jess Farran behind the scenes of “The Awakening,” courtesy of SCAD.