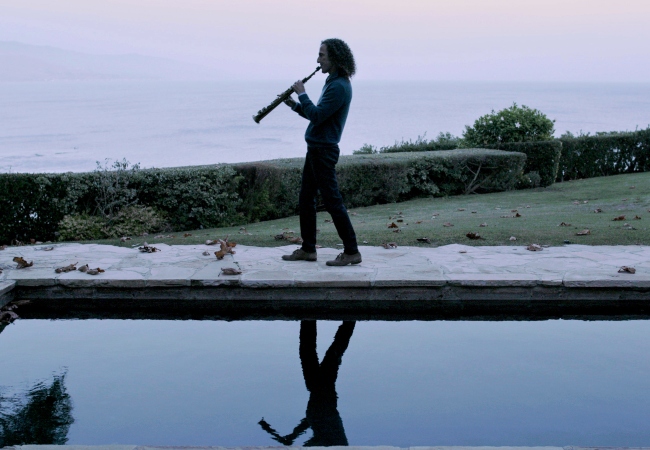 In the distance, I hear it — the sweet, melodic tones of a saxophone. There is only one man in the world who plays the saxophone quite like this. His name is Kenneth Bruce Gorelick, but you probably know him as Kenny G.

Our Zoom interview has started, but I’m told he’s still in the hallway recording a Cameo for some unsuspecting person. I hear the door open and close, and he’s in the room now, still off-camera. Then, a cheerful bum-ba-da-dum-dum-dum-da! sounds from somewhere off-screen, announcing his entrance.

Penny Lane, the director of the new HBO documentary about the smooth jazz icon’s life and career Listening to Kenny G, looks at me with a grin, and we laugh.

“Sometimes you gotta do your own fanfare,” he says.

And no, none of this is made up.

The instrumental icon doesn’t hesitate to inform me that if it were up to him, the beginning of the documentary would have looked a little different — but not because it starts out with critics from the jazz world talking about how his music reminds them of dentist offices.

“It would have never gotten finished because I would have redone all the scenes that I didn’t like the way my face looked,” he jokes. “You know what I learned about it, Penny? Honestly, my resting face is a lot more serious than I thought. I thought I had a peaceful, happy resting face. I’ve got more of like a serious, focused resting face.”

Despite that observation, he’s all smiles during our conversation. As the subject of many memes and the brunt of countless jokes over a long and storied career, Kenny G has never let the haters get to him. 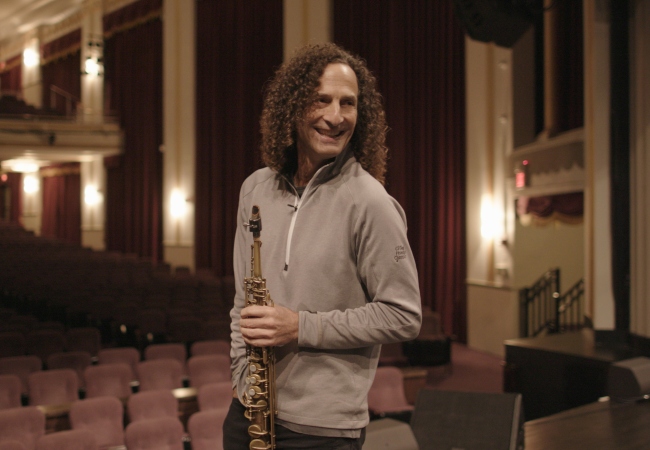 “When [former New York Times jazz music critic] Ben Ratliff came out, I liked it. I thought that was a great way to start the movie. But I’ve been hearing this since the ’80s, so it’s been 35 plus years. So it’s not anything I haven’t heard before. I’ve already kind of heard it and it went in one ear and out the other,” he says.

It was that meeting point between Kenny’s dogged critics, his die-hard fans, and his own unfailing self-esteem that Lane wanted to capture in Listening to Kenny G.

“You want to make sure you’re making a film that Kenny’s number one fan can walk into and have a good experience and, like, go somewhere, but you also want to make sure the person who’s walking in who’s there to hate-watch it is gonna have some kind of surprising and interesting experience,” she says.

And as for the sometimes harsh criticism that’s often been lobbed at the smooth jazz instrumentalist? She’s not phased, either.

“It’s such a small drop in this huge ocean of positive feedback that he’s accumulated over 40 years or so. So it makes sense to me, if you’re a logical person, why would you care about these few people over here when [there are] like, the millions of other people including Miles Davis?” she says.

Kenny G, of course, has a personal philosophy that he uses to protect himself against harsh words.

Also Read: Dasha Nekrasova Channels Knack for Provocation Into The Scary of Sixty-First

“Human nature, though, is to actually listen to the negative. We spend our lives trying to get the approval of people,” he says. “But I don’t do that. I take the view of myself as it comes from here [he points to himself]. Not from out there. So that’s why I’m pretty protected from all of that, because I don’t — I’m not buying into that other way because it’s honestly an awful way to live. Because you’re going to just never ever be as truly happy as you can be.”

For a man who’s spent decades being subjected to criticism, it would have been easy to understand if he’d chosen not to participate in a music documentary in which he would have no control over the narrative. But Kenny G went against his own management’s advice when he agreed to participate in HBO’s ongoing Music Box series.

This is news to Lane.

“The HBO special, my management told me not to do it. I’m not dogging my management, but they said — I don’t know if you know this, Penny, this is new info — so they said, you know, Listen, we have some people — because they manage Dolly Parton as well — and they said, We just did this great documentary with Dolly with these people in England and you’ll have total control. So let’s do that. You know, you’re not gonna have control if you’re dealing with Penny and HBO. And so my instinct was, that sounds good, but I think I’m just going to do this with Penny. It just sounds like that’s the right thing to do.”

“It was definitely the right thing,” Lane smiles.