Proudly held on Pride Weekend, Frameline stands tall as “the LGBT film festival in San Francisco,” says a panelist. Still, this summer cinema spot is anything but niche: “Foreign film festival programmers travel from around the world to attend,” says a panelist of its international appeal, and some 39 countries represented about 152 films that collectively issued calls to action to packed crowds at the “gorgeous, historic Castro Theatre, with the pre-show accompaniment of an organist.” With the fest’s new appointment of Director of Exhibition & Programming Paul Struthers, whose former leadership of the Australian Queer Screen Film Festival tripled its attendance, you can expect Frameline’s big tent to only get bigger. 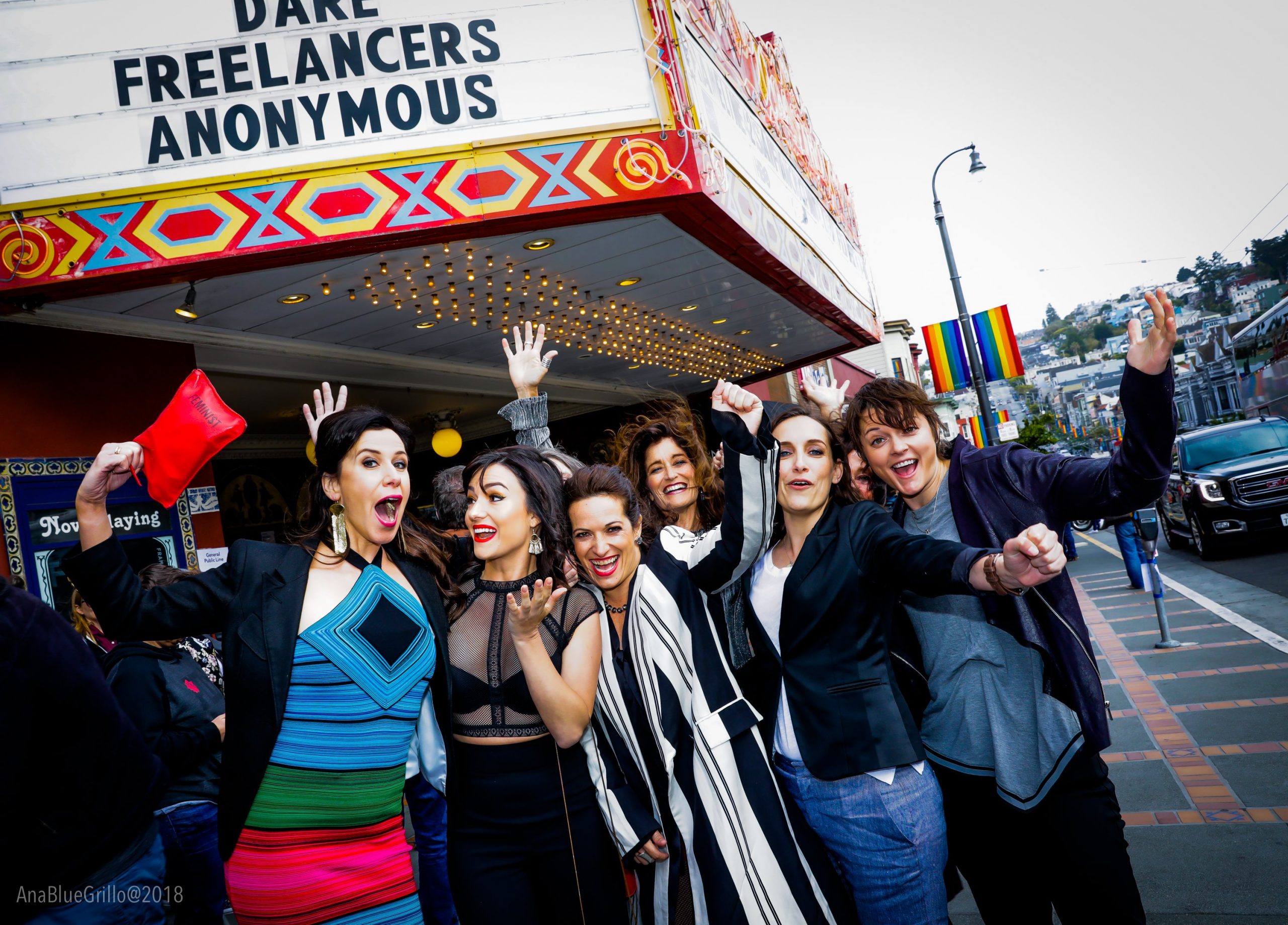 Cast and crew of Freelancers Anonymous pose in front of San Francisco’s Castro Theatre at Frameline. Photograph by Ana Grillo, courtesy of Frameline