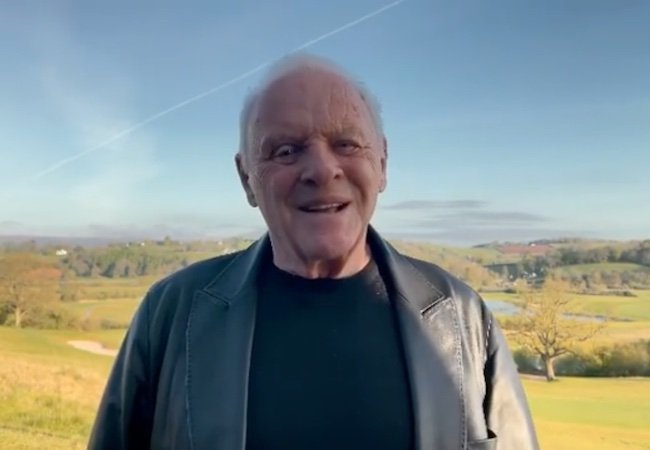 But First: We’ll announce our annual list of 50 Film Festivals Worth the Entry Fee very soon, and we’re beyond excited. If you subscribe to this newsletter, we’ll send it to your inbox. If not, please take 10 seconds to sign up here.

Zhao Makes History: Nomadland, a sweeping vision of nomadic Americans at the edge of society, won the Oscar for Best Picture on Sunday as the film’s director, Chloé Zhao, became the second woman and first woman of color to win Best Director. Frances McDormand won for Best Actress.

Awkward Oscars: The big question last night at the unmasked, “vaxxed, tested, re-tested and socially distanced” Oscars — to hug or not to hug? The answer: Not to hug.

This Didn’t Go as Planned: The show’s producers made Best Actor the final award of the night, and it would have been a powerful emotional moment if Chadwick Boseman had posthumously won for Ma Rainey’s Black Bottom, as most expected. But Anthony Hopkins won instead, for his astonishing work in The Father. It was a major validation for Florian Zeller, the Oscar-winning director and co-writer of The Father, who named his main character Anthony because he could only  see Anthony Hopkins in the role — even though he had never met Anthony Hopkins.

The Only Problem? Hopkins wasn’t there. Where was he? “Well, here I am in my homeland in Wales, and at 83 years of age I did not expect to get this award, I really didn’t,” Hopkins said in an Instagram video posted this morning, which you can watch below. “And [I’m] very grateful to the Academy, and thank you, and I want to pay tribute to Chadwick Boseman, who was taken from us far too early, and again thank you all very much. I really did not expect this. So I feel very privileged and honored. Thank you.”

Another Great Speech: Tyler Perry, accepting the Jean Hersholt Humanitarian Award, said that he refuses to hate anyone — for being a different race, LGBTQ, or a cop. “My mother taught me to refuse hate. She taught me to refuse blanket judgment,” Perry said. “And in this time and with all of the internet and social media and algorithms and everything that wants us to think a certain way, the 24-hour news cycle, it is my hope that all of us would teach our kids — and I want to remember — just refuse hate.” He also expressed the not-always-popular view that real progress happens when people meet in the middle.

And Another:  Best Supporting Actress winner Yuh-Jung Youn got some of the biggest laughs of the night, and finally got to meet Brad Pitt, an executive producer of her film Minari.

Finally: Travon Free, who spoke to us for the MovieMaker podcast not long ago, won the Oscar for Best Live-Action Short Film with co-director Martin Desmond Roe for “Two Distant Strangers,” about a police-brutality time loop. Free said that police kill three people a day, on average, and that those people are disproportionately Black. “James Baldwin once said, the most despicable thing a person can be is indifferent to other people’s pain,” Free said. “So I just ask that you please not be indifferent. Please don’t be indifferent to our pain.”

More: You can read our complete Oscars coverage on our homepage, MovieMaker.com, where you’ll also find our list of the 50 Film Festivals Worth the Entry Fee very soon. We hope you’ll use that list to submit your own film, and that this time next year we’ll be writing about your Oscars acceptance speech.