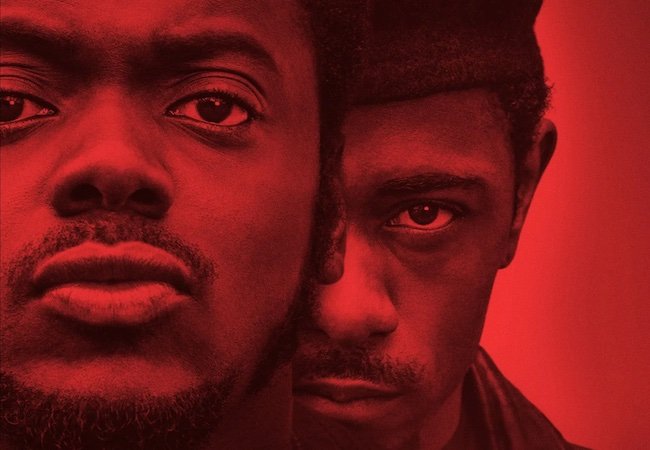 The title of Judas and the Black Messiah gives slightly higher billing to the Judas of the film — Bill O’Neal, the FBI mole played by LaKeith Stanfield, who informed on would-be Black messiah Fred Hampton, played by Daniel Kaluuya.
Which of the actors is the lead? It’s debatable. They get about the same amount of screen time (roughly 50 minutes for Stanfield and 46 minutes for Kaluuya, according to the New York Times). Hampton is the hero, and O’Neal the complicated, conflicted villain, but that doesn’t resolve the question, either.
Movies traditionally make the hero the lead, and it is Hampton, not O’Neal, who gives a triumphant, mesmerizing speech at a key moment of the film, and who we sympathize with the most. He is presented as Messianic visionary willing to sacrifice himself for a greater movement.
But O’Neal’s POV arguably makes him the lead, because both O’Neal and we, the audience, know something that Hampton doesn’t: O’Neal has infiltrated the Illinois chapter of the Black Panthers to betray their Messiah, as Judas betrayed Jesus Christ in the New Testament for 30 pieces of silver.
Won’t You Take 10 Seconds to Sign Up for Our Newsletter?
The way that the Oscar nominations resolved the question of whether Lakeith Stanfield or Daniel Kaluuya is the lead recalls another Biblical figure, and not in a good way.
Remember King Solomon? When presented a baby and two women who both claimed to be the child’s mother, Solomon ruled that the baby should be split in half. This would mean, in effect, that no one would get the baby.
But Solomon’s decision proved to be an effective one, because it inspired one woman to give up her claim to the child, so that the baby would avoid harm. This woman, of course, was the child’s true mother.
The Academy’s handling of the Stanfield/Kaluuya debate is less elegant. Oscar voters didn’t nominate either man for Best Actor, so neither actor gets the small, gold baby in the category.
But Oscar voters did nominate both Stanfield and Kaluuya in the Best Supporting category, creating the implausible implication that neither the Judas nor the Black Messiah is the lead character in Judas and the Black Messiah.
This wasn’t intentional. Nominees in the the acting categories come from actors in the Academy of Motion Picture Arts and Sciences, and in this case both Kaluuya and Stanfield each got enough votes to be nominated in the Best Supporting Actor category, but not for Best Actor.
As Stanfield put it on Instagram, after the nominations were announced: ““I’m confused too but fuck it lmao.”
Studios are known to engage in category shenanigans to maximize their Oscar chances, sometimes pushing an actor for whatever category seems the least competitive. But that didn’t happen with Judas and the Black Messiah.
Warner Bros.’ For Your Consideration site suggests LaKeith Stanfield in the Best Actor category, and Daniel Kaluuya and Jesse Plemons, who plays O’Neal’s FBI manipulator, in the Best Supporting Actor category. (Plemons didn’t make it.)
So who has the better odds in the Best Supporting Actor category? The Times surmises that it may be Kaluuya, because his name appears above Stanfield’s in the closing credits of Judas and the Black Messiah.
The Times notes that there have been 71 cases in which actors from the same film competed in an acting category. In 48 cases, none of the actors won. But in the remaining 23 cases, “the highest-billed actors won 17 of 23 matchups over their lower billed co-stars.”
Whomever wins in the supporting actor category, there’s no question Oscar voters embrace the film. Besides the two supporting actor nods for Daniel Kaluuya and Lakeith Stanfield, Judas and the Black Messiah is nominated for four other Oscars for Best Picture, Best Original Song (H.E.R., D’Mile, Tiara Thomas), Best Original Screenplay (Will Berson, Shaka King, Kenneth and Keith Lucas) and Best Cinematography (Sean Bobbitt).
Judas and the Black Messiah is now in theaters.