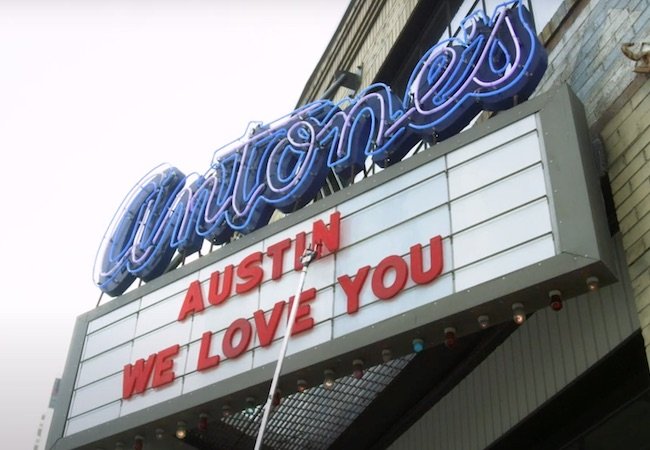 Movie News: A new doc looks at filmmakers’ dashed 2020 SXSW dreams; a deep-dive on how films have changed since 1988; Vanilla Ice, reconsidered; Batman and The Matrix and the Dune continue their exhausting dance.

SXSW Loss: Rebecca Stern was one of many filmmakers whose hopes were dashed this year by the cancellation of SXSW. She documented her and other filmmakers’ disappointment in the short film The Rush, which just debuted at The Atlantic. It accomplishes a lot in just five minutes and 47 seconds, and should be relatable to anyone who spent years planning for something that was cancelled this year:

More SXSW Filmmakers: We’ve previously profiled some other great filmmakers who had hoped to premiere — and perhaps sell — their films at SXSW. One is Alexis Manya Spraic,’s intoxicating M for Magic, which celebrates Hollywood’s Magic Castle. Another is Alice Gu’s The Donut King, which tells one of the greatest immigration stories I’ve ever heard.

Batman, Matrix, Dune Moves: If you’re writing these dates on a calendar, use a pencil. Warner Bros. just announced that The Batman is delayed until March 4, 2022, if the world still exists. The Matrix 4 will move up to Dec. 22, 2021, from April 2022. Dune has moved from this December to Oct. 1, 2021, which is too bad because we have a great story about it in the issue of MovieMaker Magazine that just went to the printer.

Scoop: The Ringer‘s Jeff Weiss did a deep-dive on the life of Vanilla Ice, soon to be the subject of a biopic starring Dave Franco that I have very high hopes for. Vanilla Ice has come to be seen as a near-perfect embodiment of white privilege and cultural appropriation, but the Ringer piece argues that he paid more dues than most people realize. Also: He made more money than I ever would have guessed and seems to be pretty great at real estate.

1988 v. 2020: The New York Times‘ Wesley Morris looks back on the films of a slow box office weekend 22 years ago, Sept. 9-11, 1988, to compare the top films of the weekend to the films of today. It’s a weird, enjoyable article, special to me because September 1988 is about when I, as a 13-year-old, started to see grown-up movies. (I saw the top-grossing film of that weekend, Moon Over Parador, with my mom in a theater.) One thing Morris notes is how “uncouth, cranky and rude” the movies of 1988 were compared to the sanded-down movies of today.

Or: I have a different view. ’80s movies were mean. There’s a cruel streak in 1970s and ’80s movies that made them just much scarier, and in many ways more effective, than anything now. Even kids movies from the era have a nasty, gristly texture that helps them cling after all these years. Is the meanness a reflection of Reagan-era fend-for-yourselfism? Religious conservatism transmogrifying into hatefulness? I don’t know. But mean times.

Also: Morris talks a bit about Betrayed, a movie so weirdly out of step with 2020 Hollywood values that it feels almost dirty to watch in 2020. Betrayed is basically a soft-focus exploitation movie that stars Debra Winger (always good) as an FBI agent who goes undercover in a hate group and may or may not fall in love with its charismatic leader, played by Tom Berenger. It’s a great setup, messily executed, and would be an amazing Netflix series except that no one would ever make it now in our kinder, gentler era: No one now would allow the ultimately reprehensible Berenger character to be as charming as he initially is. And an insane “hunting” scene would just flat-out never happen now. (Also: Ted Levine is really good in it, pre-Silence of the Lambs.)

Writing This I Realize: I wish Wesley Morris would turn his article into a 10-part podcast.