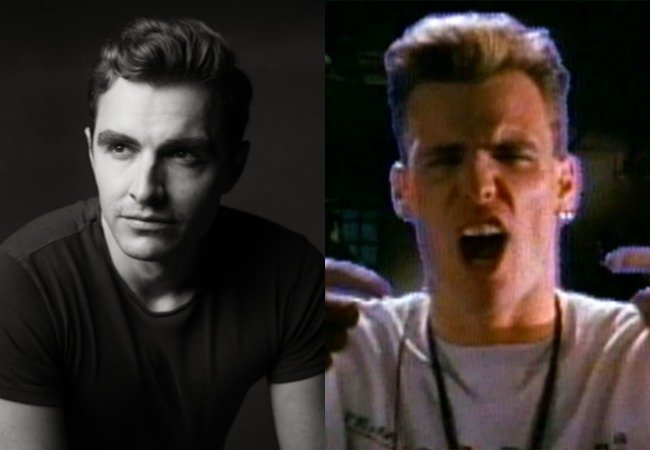 Dave Franco will play Vanilla Ice in a planned biopic called To the Extreme, named for the “Ice Ice Baby” rapper’s breakthrough album, a rep for Franco confirms.

Franco, whose directorial debut The Rental premieres Friday, has a rich character in the rapper, whose real name is Robert Van Winkle. “Ice Ice Baby” was the first hip-hop single to top the Billboard charts, but Ice’s credibility was frequently questioned because he was seen as streaming from Black culture.

It’s a fertile topic for discussion in the Black Lives Matter era, as Hollywood pledges to do a better job in terms of racial representation.

Franco explores white privilege in The Rental, in which a character with a Middle Eastern name is denied a vacation rental that is then made available to her white colleague. In a recent conversation with Franco for MovieMaker, director Barry Jenkins asked, “Is Dave Franco making a critical critique on whiteness?”

“Because in the first 20 minutes, I was like, am I about to watch, like, Get Out from a white person’s perspective?” asked Jenkins, who directed Franco in If Beale Street Could Talk. “Like interrogating whiteness from the perspective of whiteness?”

Few modern stories could better interrogate whiteness from the perspective of whiteness than the story of Vanilla Ice.

But Franco said in an interview with Insider that the project won’t be a hit piece. He said he envisions the project to be like The Disaster Artist, in which he starred with his brother, James Franco. The film tracked the making of Tommy Wiseau’s The Room, which became a cult classic because of its bizarre plot and Wiseau’s odd line readings.

“With that movie, people expected us to make a broad comedy where we make fun of Tommy Wiseau, but the more real we played it, the funnier and heartfelt it was — that’s the tone we want for this one as well,” Franco said.

News of the film broke in early 2019 a logline showed up in the trade publication Production Weekly: “From a high school dropout selling cars in Dallas to having the first hip-hop single to top the Billboard charts with ‘Ice Ice Baby,’ a young Vanilla Ice struggles with stardom, extortion attempts, and selling out as he makes music history.”

Vanilla Ice recently made headlines for saying he would go forward with a  July 4 concert in Austin despite a spike in Texas COVID-19 cases. He soon abandoned those plans.

The Rental, directed by Dave Franco, debuts in select theaters and drive-ins and on demand Friday. Dave Franco photo courtesy of Doug Chamberlain from the digital summer issue of MovieMaker.