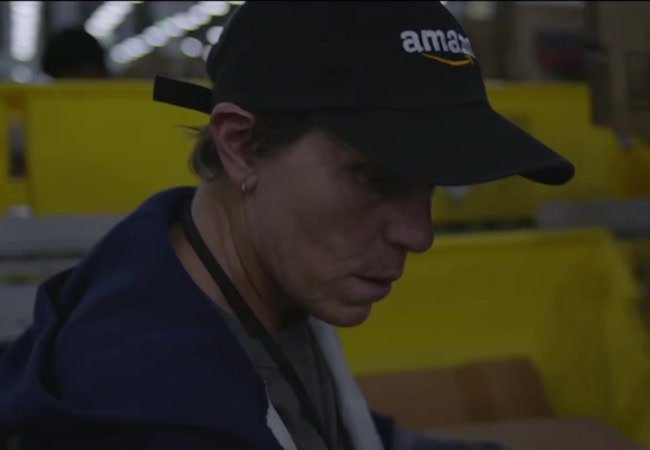 Nomadland is criticized for not taking on Amazon; a real Oscar voter has some real thoughts; Florian Zeller announces his followup to the masterful The Father. All in today’s Movie News Rundown.

But First: The new Amazon docuseries travels to six countries to interview elderly couples about the secret to lasting love. The answers include equality, and finding ways to make your partner happy.

Nomadland Criticism: Amid the relentless praise for Chloé Zhao’sNomadland, some people take issue with its failure to condemn Amazon working conditions, as this paywalled Los Angeles Times article notes. (In the film, Frances McDormand’s character takes many temporary jobs while living in her van, including a job at an Amazon warehouse.) In a recent op-ed, ProPublica reporter Alec MacGillis says the audience could “easily come away from the movie having a benign view of the toll Amazon takes on its workers.”

Zhao Has Addressed This: She was asked at a Telluride drive-in screening of the film last year why Jessica Bruder’s non-fiction book, which inspired the film, is tougher on Amazon than the film is. Zhao replied: “I don’t make films about politics. I like to present you the reality of the lives people live, and I like for you to take away your own interpretations.”

‘We Called and Asked’: That’s Frances McDormand explaining how Nomadland ended up shooting at a real Amazon warehouse.

CamperForce: Amazon unsurprisingly takes issue with the argument that it mistreats employees, telling the Times that its CamperForce program, in which RVers take part in seasonal “workamping,” provides workers with “at least $15 per hour, partial campsite accommodations and hook-ups for their vehicles.” A spokesperson adds, “We see many of these employees return and tell us of their positive experience.”

An Oscar Voter Speaks (Secretly): I love anonymous Oscar ballot stories. Here’s one from IndieWire from a voter who thinks Nomadland was “consistently excellent all the way through,” thank you very much.

Cinerama Dome: A new petition calls on a big corporation like Disney, Amazon or Netflix to please take over the Los Angeles landmark, the fate of which is uncertain with the closure of the Arclight. Wait, weren’t people mad at Amazon like five paragraphs ago?

How to Follow The Father? With The Son, of course. The next film from The Father director Florian Zeller will star Hugh Jackman and Laura Dern. Co-written by Christopher Hampton, who is Oscar nominated for adapting The Father with Zeller, The Son stars Jackman as a man who is busy with his new partner and their baby when his ex-wife, Dern, arrives with their troubled teenage son. “The Son is a deeply human story which, I believe, connects us all,” Zeller told Variety. “The story is set in a vibrant and very much alive New York, an important character. The movie should make us call family and friends to tell them that they are wholly loved and not alone.”

Comment of the Day: “I’m not impressed with Them. I feel its demeaning to add a demon-horror aspect to the plight of people who suffered emotionally and financially from the institutions during that time. I watched two episodes and stopped. I would not recommend the series,” writes Sue, in response to our piece about how much of the Netflix horror series is based on real life.

CamperForce: Here’s a very good 2017 short doc by Brett Story, which is also based on Bruder’s Nomadland. It includes an elderly man who says he walked 15 to 17 miles a day in his job as a “picker” in an Amazon warehouse.