‘We Called and Asked’: Frances McDormand on How Nomadland Gained Access to Amazon 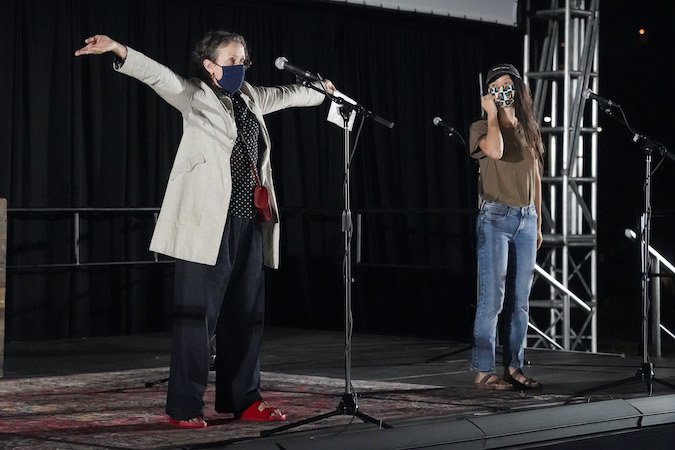 Nomadland, the new film from Chloé Zhao, stars Frances McDormand as a woman to takes to the road to live in a van after her entire town goes broke. Her character, Fern, moves all over the West, taking jobs where she can — at one point living in an RV park that Amazon leases for seasonal employees.

The Oscar-winning actress interacts with real-life nomads who play themselves in the film, but the most surprising collision of truth and fiction occurs when Fern goes to work in an actual Amazon warehouse. How did the film get Amazon’s permission to to tell a story that depicts Amazon employees living on the edge of poverty?

That question came up at a Rose Bowl “Telluride From L.A.” drive-in screening of the film Friday, which is also screening at the Toronto International Film Festival and won the Golden Lion Award at the Venice International Film Festival on Saturday. John Horn, host of KPCC’s The Frame, noted in a Q&A that the Jessica Bruder’s non-fiction book that provides the basis of Nomadland is tougher on the company than the film is.

Nomadland is set several years ago. But the company has only gained more power as the pandemic has cost some of the most vulnerable Americans their homes.

“I don’t make films about politics. I like to to present you the reality of the lives people live, and I like for you to take away your own interpretations,” said Zhao, who then passed the mic over to McDormand.

“We called and asked,” McDormand explained.

Nomadland features some of the real-life “houseless” nomads who appear in the book, who also took part in the Q&A. (They note that they are not “homeless,” because they live in vans and RVs.) It opens by explaining that in 2011 the entire town of Empire, Nevada was essentially erased off the map when U.S. Gypsum shut down its sheetrock factory.

We then meet Fern, who packs up her few possessions and goes to help Amazon meet the holiday rush.

“Chloé and I talked a lot about my own desire to live on the road. I told my husband [director Joel Coen] when I was around 45 that when I turn 65, I was going to change my name to Fern, start smoking Lucky Strikes, drinking Wild Turkey, and hit the road in my RV,” McDormand said. “So I got to do that four years earlier, in a kind of a way. That’s where that started. Then Chloé and I were invited into their world and we listened and watched.” 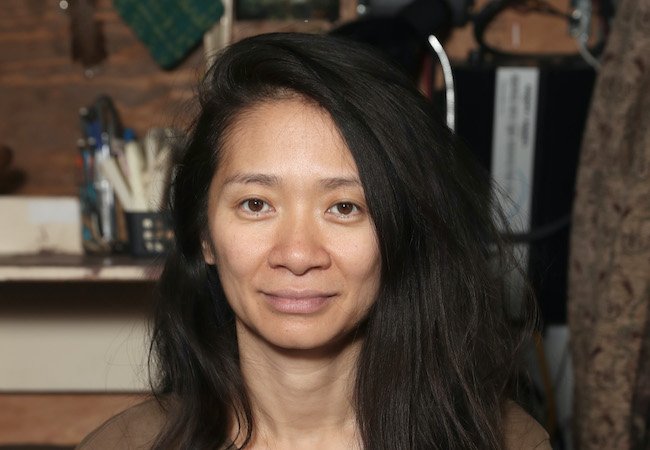 A line from Bruder’s Nomadland reads, “In America, if you don’t have an address, you’re not a real person.” Horn quoted the line before asking the real-life nomads present if they “hope people can change their attitudes about nomads or homeless or houseless people.”

Bob Wells, who coaches others in how to live inexpensively on the road through gatherings and YouTube videos, replied:

“I understand that it’s just so foreign, and it’s almost antithetical. This country is built on acquiring and buying and getting. And so when someone says, ‘No, my life is built on, not having, not craving, not needing,’ most people don’t understand. It doesn’t compute; it doesn’t add up. And the system doesn’t like that. People throw at me all the time, ‘What would happen if we all did that?’ Well, maybe the earth would survive. Maybe there wouldn’t be so much climate change. We’re always going to have forest fires — we wouldn’t have forest fires like this. What do I want people to do? I want a revolution in their hearts and how do you do that? I don’t know.”

The parked cars in Lot H of the Rose Bowl sprang to life as people honked and flashed their lights in agreement.