Charlie Kaufman and I’m Thinking of Ending Things: ‘We Live in Memory’ (Podcast) 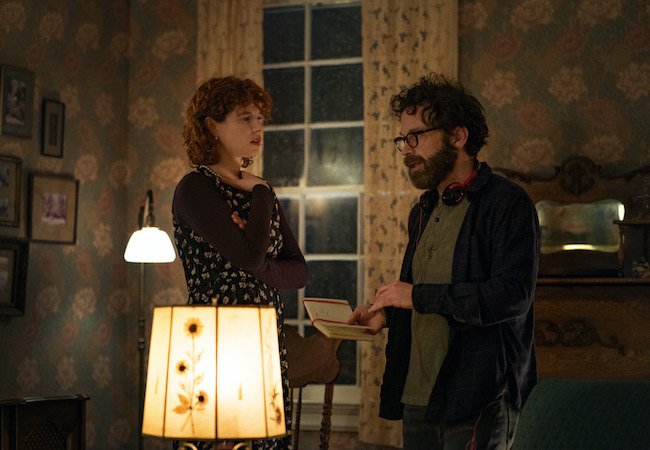 The new Charlie Kaufman film I’m Thinking of Ending Things returns to two of his most familiar subjects: the struggle to communicate clearly, and the failures of memory.

But the writer-director believes that our failed memories can, in an odd way, help us to communicate.

“Obviously, we live in memory, and it’s essential to our sense of self — to our understanding of the world and our understanding of ourselves — and it is elusive and it is inaccurate. And our experience of the world is subjective and I’m interested in that,” Kaufman says in the latest MovieMaker Interviews podcast, which you can listen to on Apple or Spotify or right here:

Charlie Kaufman tells MovieMaker managing editor Caleb Hammond how misremembered books and films can fuel his own creativity. He recalls conversations he used to have with Spike Jonze, who directed his scripts for Being John Malkovich and Adaptation.

“We’d talk about something that we saw, that really excited us before we saw it, or something we read that really excited us in theory, and then reading it and being disappointed. And the conversation we would have was like, ‘Yeah, well, what would you have wanted it to be? What were you excited about that you didn’t end up seeing?’ Which is fuel for your own work.

“I don’t see it as a negative if you’ve misremembered something and you get to watch it again and you realize, ‘Oh, I created that. That was in my head and not in the movie or not in the book,'” Kaufman continues. “Then it’s sort of like, that was important to me. Maybe I’ll work with those ideas that it brought to the fore for me… I don’t have a problem with seeing things again and realizing I don’t like them anymore.”

Which leads to a very modern problem: It’s never been so easy to access a film or book to see if it conforms to our memories. 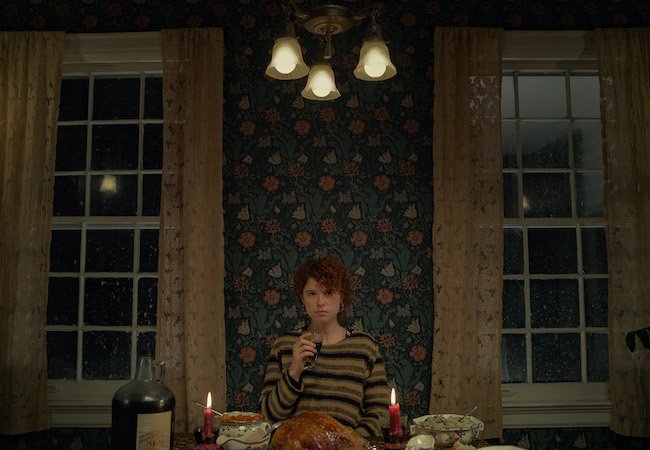 “I think there’s a value to not having access to everything all the time,” Kaufman says.

To that end, he goes for lots of long walks. They keep him offline and engaged in his own thoughts. The latter part of this podcast is largely Kaufman discussing his walks, notebook in hand, in Los Angeles and New York. He also talks about runs, and falling, and not wanting help when he falls.

I’m Thinking of Ending Things, based on the novel by Iain Reid, is about a young woman a young woman (Jessie Buckley) who joins her new boyfriend (Jesse Plemons) on a trip to his family farm. They become trapped there during a snowstorm, with Jake’s mother (Toni Collette) and father (David Thewlis).

Then she begins to question everything.

Even the title I’m Thinking of Ending Things conveys the difficulty of communication — is she thinking of ending things with her boyfriend? Or ending her life? Or both?

Kaufman is fascinated by people not saying what they mean.

“What’s interesting to me about writing dialogue is trying to sort of like recreate that, and have that experience that I have in actual life translated into a piece of fiction,” he says.

The Batman Halted as Robert Pattinson Tests Positive for COVID-19 (Report)
I Saw Tenet in a Theater. Here’s How It Went