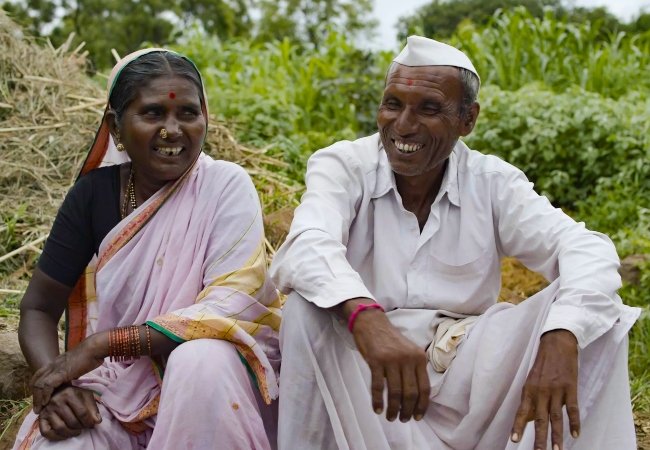 Netflix’s latest love story isn’t a reality show or a rom-com. It’s a six-part docuseries chronicling a year in the lives of elderly couples from South Korea, Brazil, Japan, Spain, India, and the U.S. My Love: Six Stories of True Love paints a deeply intimate and honest portrait of what it means to spend a lifetime together.
Ahead of the show’s April 13th premiere, showrunner Xan Aranda and Jin Moyoung, who executive produces and whose film My Love, Don’t Cross That River serves as the blueprint for the Netflix series, shared with us what their subjects taught them about the secret to successful, long-lasting relationships.
“I always bristle when people say, ‘It takes work.’ I recognize it does take work, but it also just takes a really conscious care for the other person — and knowing by then, like after 40 to 60 years, what makes the other person happy. And you also know what shit you’re not going to take from them,” Aranda told MovieMaker. “It was important to us that both were present. We left arguments in these films, you know — we left people bristling at each other because it was equaled beautifully by the love they share.”
Also Read: Are All the Suspects in the Isabella Stewart Gardner Museum Heist Dead Now?
Moyoung said the docuseries taught him something about the true meaning of commitment.
“You might consider yourself very lucky, as if you’ve won the lottery, if you find that right person. But what’s more fundamentally important is whether you’re prepared to be in that sort of a mature relationship,” he said. “So I think you have to think about whether you’re ready to make your spouse happy, and if you’re making that effort to become a nice person for your spouse, as well. Spending 50 to 60 years together with your partner, from a Buddhist perspective, I think, is perseverance.” 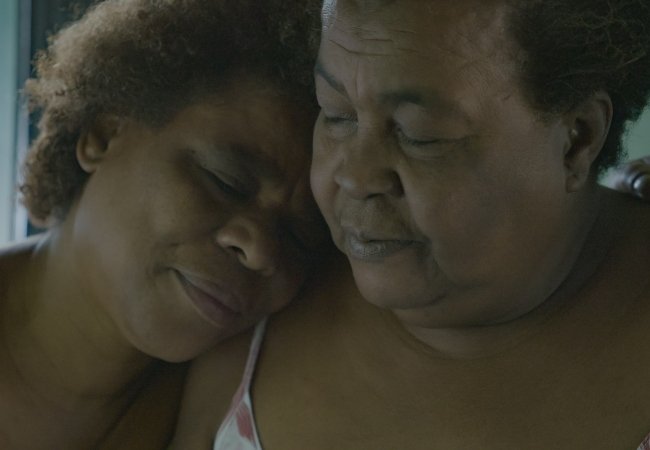 Nicinha and Jurema in the Brazil episode of My Love: Six Stories of True Love, courtesy of Netflix

Aranda hopes My Love shows audiences that having a successful, long-lasting marriage is not the same thing as the fairy-tale love stories we see in movies.
“I think it’s important that people know that, like, there’s not this perfect match and then everything goes great,” she said. “It’s that you ride out these storms together, and in the end, still look at each other and cherish each other and just try and make each other laugh and have a good time.”
Aranda also explained that the process of casting the couples involved sifting through hundreds of potential candidates. What they looked for, she said, were relationships in which the couples felt like equals.
Also Read: This Is a Robbery: What to Know About Self-Professed Art Thief Myles Connor Jr.
“The people that we chose would never have responded to casting calls. They’re like, why would you pick us?” she said. “They’re just not performative people. They’re just ordinary, wonderful people that we found extraordinary. But then we’ve looked into even more intricate things — is this in a relationship that’s alive right now, or was all of its glory stuck in the past? If we’re going to tell a story that unfolds over the course of a year, there has to be something really clearly happening in the present-day between them. Is there a dynamism between them? Is there an exchange of energy and warmth and appreciation that’s happening now?”
The docuseries also shows intimate and personal moments between the couples, like climbing into bed and kissing each other goodnight. When it came to making the subjects comfortable enough to be on camera for these moments, Moyoung said it happened naturally. 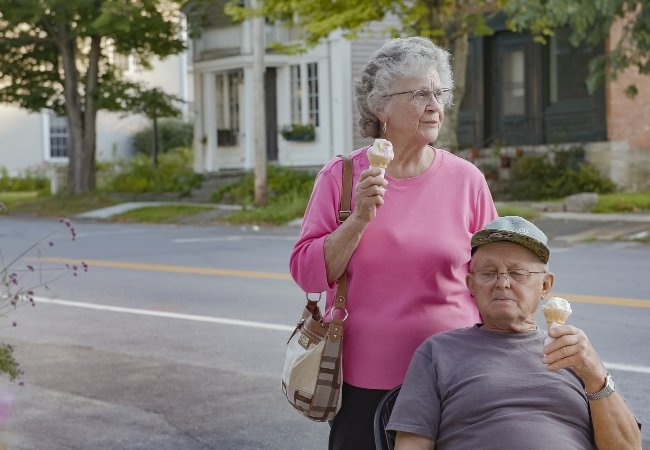 Ginger and David Isham in the USA episode of My Love: Six Stories of True Love, courtesy of Netflix

“There’s this joke amongst us directors that we tell a lot. The directors that struggle the most while filming and say that they will never film this type of movie again after returning back home are the ones that deal with animals and children because you can never get them to do what you want them to do. But the group of people that are most unafraid of the camera, and do whatever they want in front of the camera, in my opinion, are the elderly,” he said. “They are the most natural in front of a camera and they are not afraid to tell their story. They just say whatever they want to say, and I think this worked in the favor of this series.”
It also didn’t hurt that they had several months of filming time to spend getting comfortable on camera. Instead of spending 10 days shooting each couple’s hour-long episode, Moyoung said they spent between 80 and 100 days with each couple in order to capture the narrative arc of their lives over the course of an entire year.
Also Read: How Much of Amazon’s Them Is Based on a True Story?
“I tried to make sure that the change of seasons would tie in with the natural passing of time that took place at the elderly phase of life,” he said.
And although one might assume that a technical aspect of filming would have been the toughest aspect, Moyoung said it was actually the subject’s endless generosity that presented the biggest challenge.
“The most challenging part for me — I think Xan would agree — it was about being fed too much. We ate a lot on the site because the cast, they were such nice, generous people. And the place that we shot in South Korea is known to be a very, very generous town with very tasty seafood and meat. So whenever we were done throughout the day, they would come out — it seems like they have this urge, this instinct, to feed good food to the guests and to all of the staff, especially because we were young and about the same age as their sons and daughters. So we would always have to fight with them not to eat more — only to lose at the end,” he said. “We all had to return home chubbier.”
All six episodes of My Love are now streaming on Netflix. Main Image: Satyabhama and Satva in the India episode of My Love: Six Stories fo True Love, courtesy of Netflix.
Continue Reading
Advertisement
Related Topics:Brazil, feature, India, Japan, Jin Moyoung, Korea, Moyoung Jin, My Love, My Love: Six Stories of True Love, Netflix, Spain, USA, Xan Aranda