Are All the Isabella Stewart Gardner Museum Heist Suspects Dead? 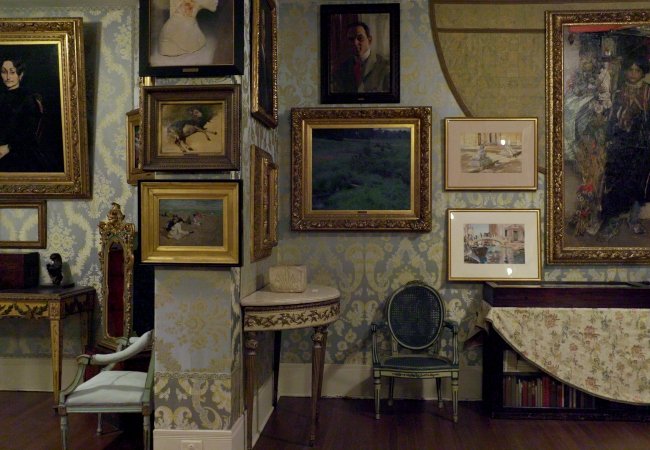 Netflix’s four-part true-crime docuseries This Is a Robbery breaks down all the details of the infamous Isabella Stewart Gardner Museum heist, during which 13 works of art were stolen from the Boston museum in March of 1990. It also answers a burning question about the still-unsolved case — since the crime occurred over 30 years ago, are all the potential suspects dead now?
The answer is that the vast majority of them are dead — but hope still remains that the art could be recovered, even if the thieves may never be brought to justice.
Initial persons of interest, including security guard Rick Abath and known local art thief Myles Connor Jr., were ruled out. But the former head of Scotland Yard’s art and antique squad, Dick Ellis, said in the docuseries that the two main potential culprits were the Irish mob or the Italian mob — both of which had large presences in Boston at the time.
“Who’d the thieves hand [the art] over to? We don’t know. Where did they go from there? We don’t know,” Ellis said. “But what we do know is art travels around the world every day. It’s easy to smuggle and use as an international currency. In Boston in 1990, the two front runners, shall we say, is the Italian mob or the Irish mob.”
Richard O’Rawe, a former member of the Irish Republican Army interviewed in This Is a Robbery, said the IRA, at least, had nothing to do with the crime. He said the army was “raking in money hand over first” and that “13 paintings would have been the last thing they would even bring up at an Army council meeting.”
Also Read: This Is a Robbery: What to Know About Self-Professed Art Thief Myles Connor Jr.
Steve Kurkjian, a former Boston Globe reporter interviewed in the docuseries who is a former Spotlight team member and author of Master Thieves: The Boston Gangsters Who Pulled Off the World’s Greatest Art Heist, believes the Italian mafia is a far more realistic culprit. He specifically named a man named Bobby Donati.
“Is Bobby Donati the key? That’s the best scenario I can come up with, that Donati had the paintings,” Kurkjian said.
Kurkjian said he interviewed people from East Boston who knew Donati, and that they told him they’d seen the mobster at a Revere hangout called ‘The Shack” with a paper bag containing two Boston police uniforms like the ones worn by the two thieves on the night of the Isabella Stewart Gardner Museum robbery. 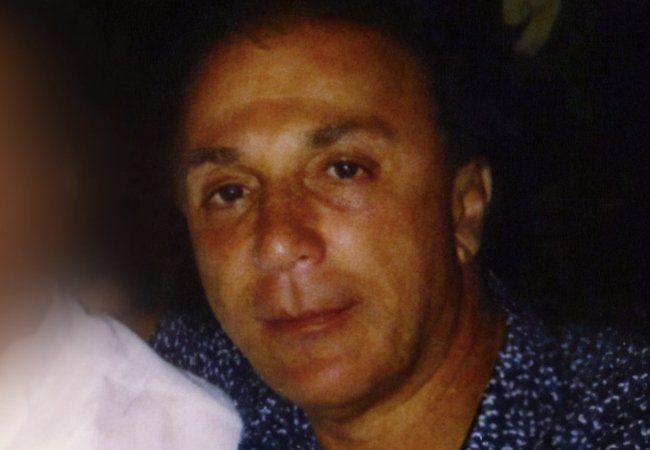 Bobby Donati pictured in Netflix’s This Is a Robbery

But unfortunately for the investigation — and Donati — he was murdered on Sept. 24, 1991.
“Bobby Donati was found decapitated in the trunk of his car, shot to hell,” Connor said in the docuseries.
“Bobby Donati — no one ever had a chance to ask him any questions, obviously. With him dead, whatever he might have done to hide the art so it could be used as leverage, that mystery would have disappeared with him,” said Boston Herald reporter Tom Mashberg.
But there are several people connected to Donati and the Italian mafia who investigators believe may have been involved in the crime.
“There’s no shortage of possible suspects,” Boston Globe reporter Shelley Murphy said. “That’s part of the problem.”
All of the FBI’s remaining persons of interest trace back to an auto body shop in Dorchester, Massachusetts called TRC Auto Body run by a man named Carmello Merlino. The doc notes that Merlino died in prison in 2005.
According to the docuseries, one of Donati’s close friends, Bobby Guarente, had illegal business dealings with Merlino through the auto body shop, which investigators believed was used as a front for organized crime. Bostons’s WBUR reported in 2018 that Guarente “became a key suspect in the Gardner theft in 2010 — six years after his death.”
Also Read: Who Is Richard Abath, Security Guard During Isabella Stewart Gardner Museum Heist?
Three other men who were associated with Merlino — George Reissfelder, David Turner, and Lenny DiMuzio — are described in the docuseries as potential matches for the two men who robbed the Gardner museum while posing as Boston police officers.
The only one of the three who is still alive is Turner.  He has never been charged with the crime and was released from prison in 2019,  according to the Globe. According to the doc, his sentence was reduced by several years for cooperating with law enforcement, though it’s unclear how he cooperated.
At the time of his release, Turner’s lawyer “declined to comment on the paintings or allegations that Turner may have been involved in the heist,” the Globe reported. The paper noted that U.S. District Judge Richard G. Stearns told Turner, ““It’s rare for me to be fully confident someone has fully rehabilitated himself. … I believe you have and commend you for it.”
Turner has never been charged in the case and is presumed innocent. Today, he remains a free man.
Reissfelder died of a cocaine overdose in 1991. But his former sister-in-law, Donna Reissfelder, said in the docuseries that she may have unknowingly helped him hang one of the stolen paintings in his apartment. 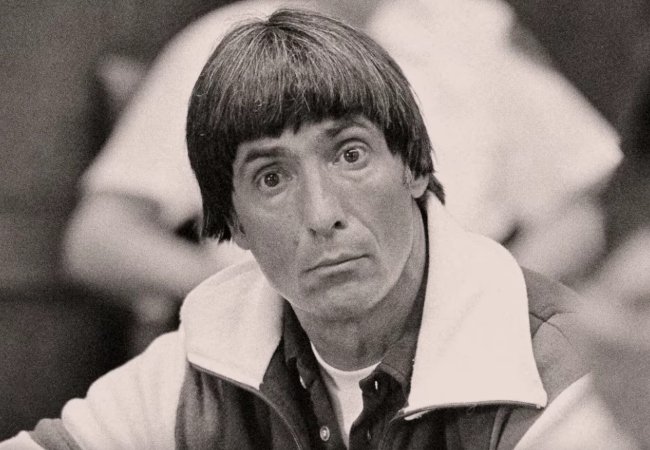 George Reissfelder pictured in Netflix’s This Is a Robbery

“I wasn’t anything involved in it. I just was hanging it on a frickin’ wall,'” Donna Reissfelder said, adding that when she was first contacted by the Gardner museum, she didn’t believe her brother-in-law could have done the crime. “I’m looking at the paintings, I’m saying, well I never seen any of these. He’s too skinny, he wouldn’t be able to lift that ‘Galilee’ thing if his life depended on it.”
But then she was shown a picture of Eduard Manet’s “Chez Tortoni.”
“I said, ‘Oh, Jesus.’ I got sick to my stomach like someone punched me right in the stomach. All of a sudden, everything came crashing in.”
She said she believed it was the very same painting she had helped her brother-in-law hang — and which he told her he had recently had reframed.
“I saw it hanging on a wall. That was the first and last time I ever seen it,” she said. “When I was talking to the Gardner museum, I said, ‘My brother-in-law couldn’t do that. He’s too slow, he drives 25 miles an hour on the expressway.'”
She said things started to make sense when they told her the thieves had spent a whopping 81 minutes inside the museum.
“They said one of the thieves kept going down to the basement where they tied the guards up and asking them ‘Are you comfortable? Do you need water? Is the tape too tight?'” Reissfelder said. “And I said, that’s my brother-in-law. ‘Cause he knows what it is to be treated in a bad way.”
Prior to the Gardner heist, the series notes, Reissfelder had recently been released from prison after doing 16 years of time for a wrongful conviction. 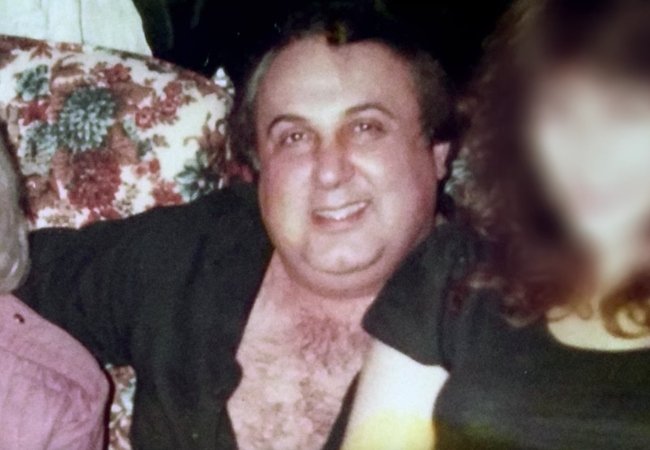 Bobby Guarente pictured in Netflix’s This Is a Robbery.

George Reissfelder died before he could ever be properly investigated for the crime. And it’s worth noting that the painting his sister-in-law saw on his wall was never proven to be the real “Chez Tortoni.”
According to Hartford Courant reporter Ed Mahoney, investigators believe that some of the paintings ended up in the hands of Bobby Guarente, the associate of Merlino’s.
“Everybody knew Guarente. He was the most popular gangster in New England,” Mahoney said. “The FBI went up to check the farmhouse that Guarente had to see if they could find any trace of the paintings. They went back to drop the keys off with the wife or the widow, and say thank you for giving us the keys and they try and engage in small talk… she became visibly agitated and she starts going crazy and she says, ‘I know what the Gardner museum is, my Bobby had two of the paintings.’ He was dying, and she was constantly at him to get rid of the things.”
Also Read: How Much of Amazon’s Them Is Based on a True Story?
According to Mahoney, Guarente’s widow said that her husband passed the paintings off to a man named Bobby Gentile who was involved in crime in Connecticut. Gentile’s house was searched by law enforcement in 2012, but the paintings were ever found. Gentile has continually denied having any knowledge of the paintings and was quoted in the docuseries as saying that if Guarente had ever had the paintings, he would have used them to get his friend Turner out of prison, but he never did.
Gentile was released from prison in 2019 after serving 54 months for illegally selling a firearm, according to a Hartford Courant story written by Mahoney.
“I think he has valuable information, but for whatever reason, because he’s stubborn or stupid or whatever, he’s not sharing,” Mahoney said.
The article notes that Gentile says he knows nothing about the heist or the art, and that if he did, he would have spoken up years ago in order to collect the $10 million reward being offered by the museum. 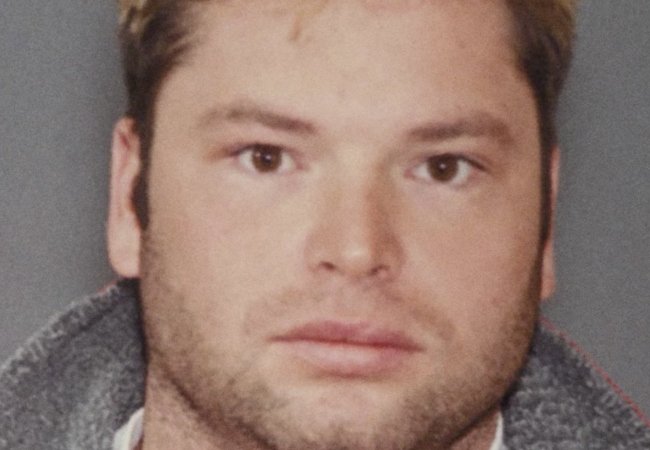 David Turner pictured in Netflix’s This Is a Robbery

On the 23rd anniversary of the robbery, the FBI announced that they believe they know who the two robbers were on that fateful night — but that both men are dead, and they don’t know where the stolen art is. They would not reveal the men’s names, the doc noted.
But Murphy notes that the prime suspects that have been named in court documents are Reissfelder and DiMuzio — the latter of whom was murdered on June 11, 1991, according to former Massachusetts State Police officer Ed Whelan.
Connor said in the doc that he believes the paintings ended up in Saudi Arabia, while Murphy said there was some investigation into a person in Canada. Ellis said a reliable source claims to have seen one of the paintings in Dublin, Ireland, while other leads have traced the paintings to South America, France, Jamaica, and even Japan.
This Is a Robbery is now streaming on Netflix. Main Image: This is a Robbery: The World’s Biggest Art Heist. Pictured: The blue room of the Isabella Stewart Gardner Museum, courtesy of Netflix.
Continue Reading
Advertisement
Related Topics:art heist, Bobby Gentile, Bobby Guarente, Carmello Merlino, David Turner, George Reissfelder, Isabella Stewart Gardner Museum, Jr., Lenny DiMuzio, Myles Connor