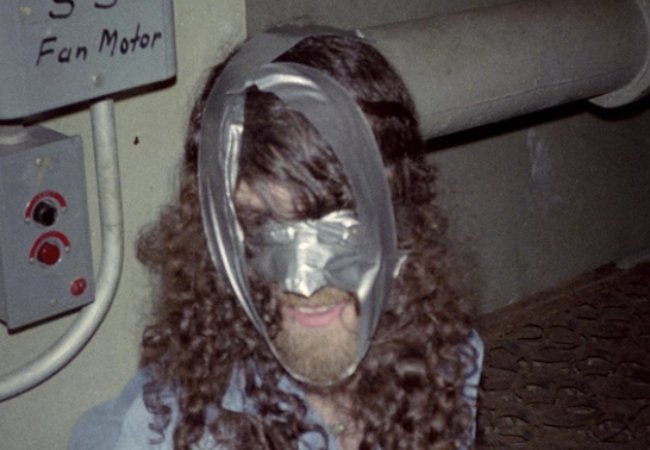 Richard Abath was one of two security guards on duty the night of the infamous Isabella Stewart Gardner Museum heist on St. Patrick’s Day weekend in 1990. The details of the crime — one of Boston’s most infamous — are reexamined in Netflix’s new four-part true-crime docuseries This Is a Robbery.
Thirteen works of art were taken that night worth an estimated $200 million — a figure authorities later raised to $500 million. If you’re not a New Englander, this may be the first you’re hearing of the unsolved art theft — but anyone within a stone’s throw of Massachusetts will know that this mystery has had people scratching their heads for 31 years.
No one has ever been charged for the theft of the artwork, but there have been many suspects throughout the case’s history that were later ruled out. Abath was one of the people who was looked at early on. He has always maintained his innocence, and according to Ulrich Boser’s book The Gardner Heist: The True Story of the World’s Largest Unsolved Art Theft, the FBI agent who oversaw the case in its early years determined that the security guards could not have pulled off the crime.
Abath did not immediately respond to MovieMaker’s request for comment, but This Is a Robbery includes a soundbite of him explaining what happened that night after two men dressed as Boston Police officers came to the door of the Isabella Stewart Gardner Museum and demanded to be let in.
Also Read: Concrete Cowboy Put a Horse Inside a House — Here’s How They Did It
“I could see on the security camera that it looked like two cops standing out there. They came to the door, they rang the bell, and they said, ‘Boston police, we got a report of a disturbance on the premises.’ I buzzed them in,” Abath said in the docuseries.
“They asked me if I was alone. I said no, my partner was off doing a round. They said, ‘Get him down here.’ The cop turned to me and said, ‘Don’t I know you, don’t I recognize you? I think there’s a warrant out for your arrest. Can you step out from behind the desk?’ And he said, ‘Up against the wall.'”
Abath said he and the other guard were then handcuffed, and then one of the fake cops famously said, “Gentleman, this is a robbery.” 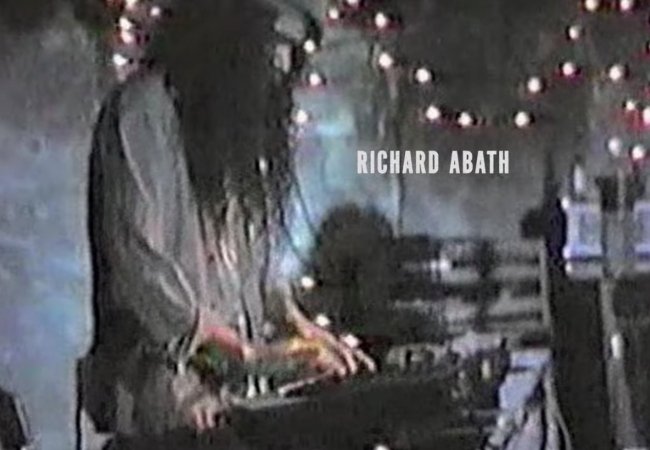 Abath at a house show at his house in Allston, Massachusetts, pictured in Netflix’s This Is a Robbery

Once the real Boston Police responded to the scene, Abath and the other guard were found in the museum’s basement bound in duct tape. Strangely, the duct tape was wrapped around Abath’s head from forehead to chin, which you can see in the photo above taken at the crime scene.
Abath was 23 at the time of the theft, and he lived in an Allston, Massachusetts rental house that he shared with roommates. Some were members of his band, and together they would often put on live music shows. Aaron Fannin, a former security guard at the Isabella Stewart Gardner Museum who knew Abath, described him and his friends in the doc as “long-hair hippy guys.”
“They hung out, they went in the basement you know — smoke weed, drink beer and they’d rock out,” Fannin said.
But there were some circumstances about the robbery that made investigators initially suspicious of Abath.
According to former Assistant U.S. Attorney Robert Fisher, the fact that the robbers spent 81 minutes inside the museum made him wonder whether it could have been an inside job.
Also Read: Did ‘White Boy’ Rick Wershe Jr. Ever Get Released From Prison?
“Ten minutes in a robbery seems like an eternity. That’s what has always stood out for me, the fact that they were comfortable enough to be in there for 81 minutes. That’s an incredibly long time to spend when you have people tied up in a basement and you don’t know if the police are coming,” Fisher said in This Is a Robbery. “I don’t see how this was pulled off without inside information.”
Another curious detail of the crime has to do with a secret door hidden in the museum.
“In the Dutch Room, there was a secret panel — there’s actually a door there that leads downstairs that was slightly ajar when the investigators arrived that morning, which also raised the question, who would know there was a door there?” Boston Globe reporter Shelley Murphy says in the doc.
She adds: “The Chez Tortoni is the only piece that was stolen on the first floor from the Blue Room. And the only person that the hard drive can show whose steps went into that room were those of Richard Abath.”
Not only that, but the frame for the Chez Tortoni — painted by Édouard Manet — was left on the head of security’s chair. 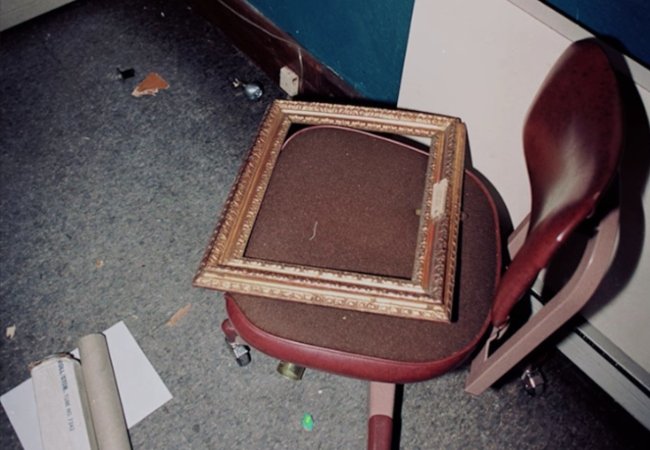 “Rick did not have a great relationship with the security director,” says Steve Kurkjian, another Boston Globe reporter quoted in the doc who is a former Spotlight team member and author of a book on the robbery called Master Thieves: The Boston Gangsters Who Pulled Off the World’s Greatest Art Heist.
“He said, ‘I was talking all the time about the security system sucks, we’re in danger here.’ The theft was Sunday morning. Rick had put in his papers to move on just a few days before. Could Rick have snatched the painting and hid it when he went back to the desk?” Kurkjian said.
Also Read: The Falcon and the Winter Soldier and HBO’s Doomed Confederate Are Linked by a Great Writer
Again, Abath has always maintained his innocence and has never been charged.
According to Fannin, although the museum’s motion detectors were found to be in good working condition the night of the robbery, “they weren’t 100% reliable.”
He doesn’t believe Abath took the Chez Tortoni.
“What’s he gonna do with it? Those guys go and cut all the other ones out of the frames and Rick gets to get away with that one? Please,” he says in This Is a Robbery.
Kurkjian interviewed Abath in 2013 and said the former security guard was very forthcoming and willing to answer any questions.
During the interview, Kurkjian said Abath told him the reason he’d quit the museum job was because he wanted more time to devote to his music. He also said he didn’t know how the robbers knew so much about the museum’s security.
Fisher also noted in the docuseries that there was something else about security footage from the night before the robbery that struck him as off — Abath had buzzed someone in similarly to the way he buzzed in the men in police uniforms on the night of the crime.
Also Read: Here’s What the Real Herman Knippenberg Thinks of The Serpent
“There should be no way they’re getting in. That’s a locked door. There’s a security guard there, and the protocol is nobody gets in. Rick was working that night,” Fisher says in the doc. “The person was just buzzed right in, right through both doors. The night of the robbery it seems like it happened the same way. That always struck me as odd.”
But according to Kurkjian’s book Master Thieves, the FBI requested the public’s assistance to identify the man Abath buzzed in the previous night, and several former museum guards came forward to say that the person was the museum’s deputy security chief — Abath’s boss.
“I don’t want to put anything on Ricks’ shoulders. I know Rick, he knows me,” Fisher said. “If we could have charged somebody, we would have. I think that speaks for itself. We never made it to the point where we could charge somebody.”
In a 2015 interview with NPR, Abath said he still looks back on that fateful night with a heavy heart.
“Even if they get the paintings back they’ll never be the same, and I feel horrible about that,” he said. “I don’t want to be remembered for this alone… I’d like to be remembered for the good things I’ve done. I’m a husband, a father of two really cool kids. But they’re saying it’s half a billion worth of artwork. And ultimately I’m the one who made the decision to buzz them in. It’s the kind of thing most people don’t have to learn to cope with. It’s like doing penance. It’s always there.”
This Is a Robbery is now streaming on Netflix. Main Image: A photo of Richard Abath bound in duct tape taken after the Isabella Stewart Gardner Museum heist in 1990, pictured in Netflix’s This Is a Robbery.
Continue Reading
Advertisement
Related Topics:1990, art heist, Boston, chez tortoni, Isabella Stewart Gardner Museum, Richard Abath, Rick Abath, This Is a Robbery

We Set Out to Make Drought — We Got a Hurricane
'Why Is Armie Trending?': Crisis Director Details the Film's Armie Hammer Crisis