This Is a Robbery: What to Know About Self-Professed Art Thief Myles Connor Jr. 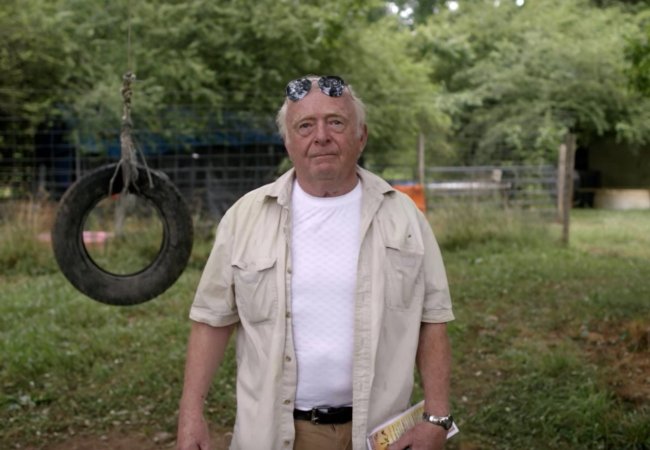 “It depends on who you ask, but in general I’m known as an art thief,” Myles Connor Jr. says in This Is a Robbery, Netflix’s true-crime docuseries on Boston’s infamous Isabella Stewart Gardner Museum heist during which a whopping 13 works of art were stolen.
“Some people consider me the biggest art thief in this country because I’ve robbed a number of museums. But then again, I was a rock ‘n’ roll guy.”
Police valued the artwork stolen from the Isabella Stewart Gardner Museum at an estimated $200 million in 1990. But before you get too excited — no, Connor did not commit the heist.
Today, the empty frames that once held the stolen works still hang where they always did as a haunting reminder of the crime that took place 31 years ago.
Not only has he denied involvement in the Isabella Stewart Gardner heist, but he has an air-tight alibi — he was in prison when the theft occurred.
Also Read:  Who Is Richard Abath, Security Guard During Isabella Stewart Gardner Museum Heist?
“Myles Connor, the biggest art thief in the city — he would be suspect number one if he wasn’t in jail at the time that this happened,” Boston Globe reporter Shelly Murphy says in the docuseries. 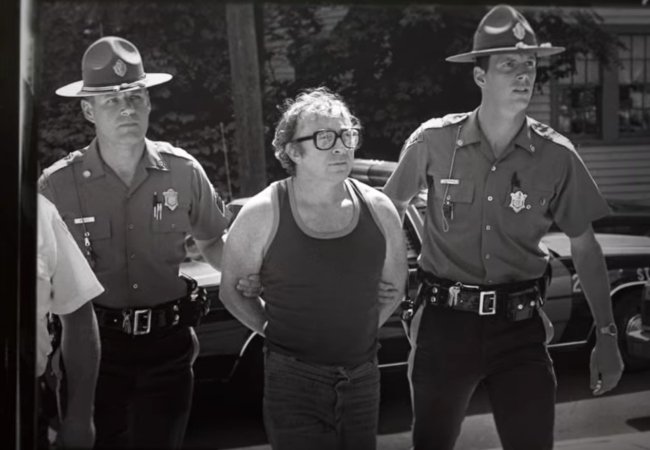 Myles Connor Jr. pictured in Netflix’s This Is a Robbery

She calls him “the quintessential art thief.”
“He’s always pulling off these crazy capers and getting into trouble,” she says. “He had robbed museums up in Maine, he had shootouts with police. ”
Even though he can’t take credit for the infamous heist, his criminal history suggests that he would have been capable of it.
A soundbite of a prior interview with Connor used in This Is a Robbery quotes the self-professed art thief as having committed “30 plus” art heists, “very little” of which authorities ever found out about.
Also Read: Did ‘White Boy’ Rick Wershe Jr. Ever Get Released From Prison?
“He had always said to me that the Isabella Stewart Gardner Museum, that was on his bucket list,” Connor’s defense attorney, Martin Leppo, says in the docuseries. “Myles was the man. He could play the guitar and he could sing, and he put on a great show… he might have been really a big star, but everything always was interrupted by his other activities.”
According to The Patriot Ledger, Connor was convicted of murdering two women in Quincy, Massachusetts in 1981, but the conviction was overturned on appeal and he was acquitted in 1985. The outlet also noted that the most time he ever spent in prison was 11 years for dealing cocaine and moving stolen antiques across state lines.
Perhaps Connor’s most famous theft was that of a Rembrandt painting he stole from the Museum of Fine Arts in 1975.
As Leppo tells it, “Myles went in, joined a tour that was going on, had somebody with him, removed the painting from the wall, went to walk out.” But the MFA guards were “not musicians like at the Isabella Stewart Gardner,” he added — they were retired police officers.
Connor tells the story of what happened next. 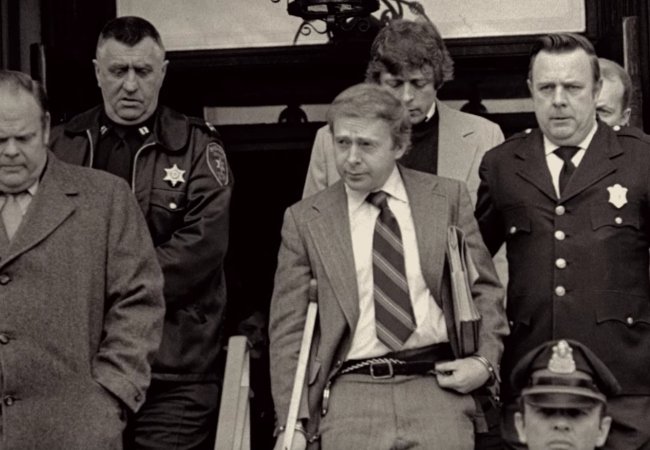 Myles Connor Jr. pictured in This Is a Robbery on Netflix

“A friend of mine was down there with a machine gun — not to shoot anybody, but to shoot at the feet of anybody. Sure enough, they came down. He let go of the machine gun. When that thing goes off, it’s like a vacuum. Took them all back except for one. There was a retired Polish cop, and he was convinced that ‘I am not letting this kid take this f—ing painting on my watch,'” Connor says.
“So he ran down. He latched on to the painting. And in the back of the van, I’ve got another guy with another machine gun. He aims the machine gun at the guy, and I said, ‘Do not shoot the guy.’ And he hits the guy in the head with his gun, and finally, the guy lets go.”
Also Read: Here’s What the Real Herman Knippenberg Thinks of The Serpent
According to Leppo, the Rembrandt was later found under a woman’s bed with a note saying it was “to be returned to the Mass. State Police.”
Today, Connor is a free man — but the people behind the Isabella Stewart Gardner Museum heist are still at large.
This Is a Robbery is now streaming on Netflix. Main Image: Myles Connor Jr. pictured in Netflix’s This Is a Robbery.
Continue Reading
Advertisement