How Much of Amazon's Them Is Based on a True Story? 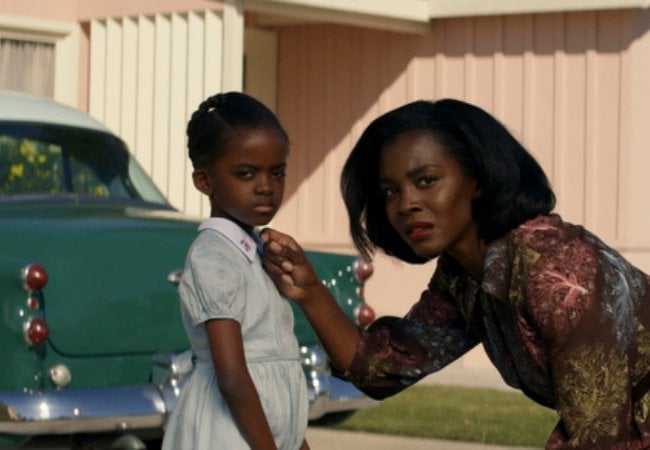 Them, the new Amazon Prime horror series about suburban racism, begins with some truthful background: “Between 1916 and 1970, roughly 6 million African-Americans relocated from the rural Southern United States to the Northeast, Midwest and West,” a statement at the start of the episode reads.
“Widely known as the Great Migration, many black families were drawn to California by the promise of industrial jobs and a chance to leave the Jim Crow South behind.”
So viewers may wonder if what appears next is also based in truth: “On September 14, 1953, Henry and Livia ‘Lucky’ Emory moved their family from Chatham County, North Carolina to Compton, California.”
Also Read: Concrete Cowboy Put a Horse Inside a House — Here’s How They Did It
You may wonder: Is Them be based on the events experienced by a real family, with the show’s supernatural elements added in for dramatic effect?
The short answer is no. 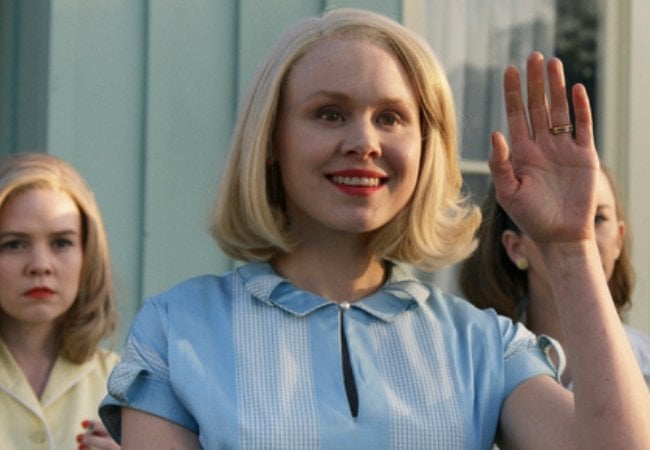 Alison Pill as Betty Wendell in Them, courtesy of Amazon Studios.

But Little Marvin, creator of Them, stresses that the show is inspired by the true, lived experiences of many Black people who journeyed out of the South in search of a better life.
“The last four years… had me thinking a lot about the American Dream—who gets their keys to it and who has to fight for their keys,” he says in the show’s press notes. “My father’s family relocated from Alabama to Massachusetts during The Great Migration. My mother, an Indian woman, is an immigrant to America. The African-American migrant and immigrant experiences in America – though obviously unique and varied in myriad ways — are also quite similar. Both fueled by a desire for opportunity. The difference is that Black folks had to fight to make those journeys of opportunity within the boundaries of their own country.”
He began writing the script a few summers ago, and later got Queen & Slim’s Lena Waithe to join him as an executive producer.
Also Read: Who Is Richard Abath, Security Guard During Isabella Stewart Gardner Museum Heist?
“I’d go through my social media feeds and I would see iPhone video after iPhone video of Blacks folks—women, men, children, families—being terrorized in some way,” Marvin says. “Watched. Harassed. Surveilled. Threatened by the police, or with the police.”
Through that, the plot of Them was born — a Black family moves across the country in order to escape harassment, only to find that the very same evil exists in their new home, too.
“The show examines and interrogates the American Dream of homeownership through the lens of terror,” Marvin adds. “And what darkness undergirds that Dream.” 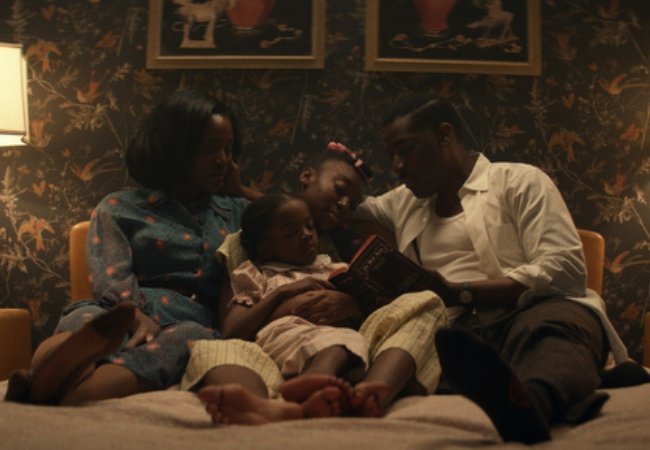 Ashley Thomas, who plays the show’s patriarch, Henry Emory, says he learned a lot about the Great Migration from a neighbor.
“I learned a lot from a gentleman who lives in the apartment building where I stayed during production,” he says. “He is a Black man, in his 70s, who experienced firsthand what it was to be a part of The Great Migration, having moved from Texas to Chicago, then back to Texas and eventually to Los Angeles.”
Also Read: Did ‘White Boy’ Rick Wershe Jr. Ever Get Released From Prison?
“When it comes to the Black American experience, in particular, I had to study and learn,” Thomas adds. “I had to acknowledge and appreciate that [my] Black British experience and the Black American experience are not entirely the same, in order to fully use myself as a vessel to bring forth Henry. But fundamentally, I am a Black man, and the common ground, regardless of where you grew up or live, of racial discrimination exists in the face of wanting to provide a better and safe life for one’s family.”
Deborah Ayorinde, who plays Thomas’s on-screen wife “Lucky” Emory, says her experience moving from London to San Jose as a child also informed how she approached her character.
“I was viewed as ‘other’ because I had a thick accent and my skin was a darker hue,” Ayorinde recalls. “I was smaller, because at first I was in a higher grade than expected, and I was treated as if I did not belong, and that was scary.”
When she saw her on-screen daughter Shahadi Wright Joseph play the part of Ruby Lee Emory, it brought back painful memories.
“When I watched Ruby Lee’s scene as she sat in the janitorial closet at school by herself, it brought back those feelings and I cried,” Ayorinde says. “It was hard to watch because I understood what she felt so intimately and deeply.”
Them is now streaming on Amazon Prime Video.
Main Image: Melody Hurd as Gracie Jean Emory and Deborah Ayorinde as Livia “Lucky” Emory in Them, courtesy of Amazon Studios.
Continue Reading
Advertisement
Related Topics:Amazon, Amazon Prime Video, Amazon Studios, anthology series, Ashley Thomas, Black America, california, Compton, Deborah Ayorinde, feature, Great Migration, Horror, Jim Crow, lena waithe, Little Marvin, South, them!