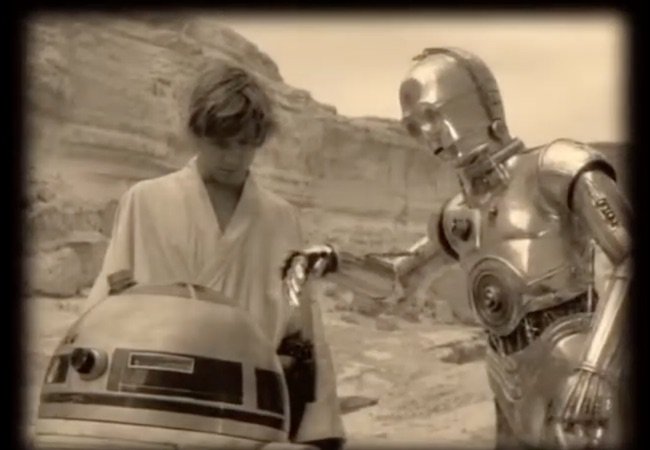 In today’s Movie News Rundown: Check out the book about Chinatown that Ben Affleck is adapting into Oscar bait; The Batman star Robert Pattinson can’t out-Batmaneuver Christopher Nolan; a High Fidelity kiss-off; some awful Babe scenes you did’t see; and someone made Star Wars into a silent film that totally works.

It’s Chinatown, Jake… Again: Ben Affleck will write and direct an adaptation of the fabulous The Big Goodbye: Chinatown and the Last Years of Hollywood by author Sam Wasson, Deadline reports. The book follows Jack Nicholson, Roman Polanski, Robert Evans and Robert Towne as the made the noir masterpiece, and you can read an excerpt of The Big Goodbye here. No word on casting, but I think Christian Slater (50) could pull off playing Jack Nicholson (mid-30s when Chinatown was filmed).

Tenet to The Batman: You can’t trick the director of The Dark Knight trilogy when it comes to Batman. Robert Pattinson lied about a “family emergency” so he could do a screen test for The Batman while making Tenet, and Tenet director Christopher Nolan totally caught him, Pattinson told The Irish Times.

High Fidelity: Zoë Kravitz criticized Hulu’s diversity record on her way out the door after her show High Fidelity was cancelled after one season, Variety reports. Also, now we’ll never get a Cherise episode.

Get Well Soon: Antonio Banderas announced that he is celebrating his 60th birthday in quarantine while recovering from COVID-19.

NMFLA: A man who was almost NASA’s first Black astronaut, a crew of Dungeons and Dragons fans, the six-year-old child of a militia leader, and a family struggling with alcoholism are among the subjects of the latest monthly NFMLA Film Festival, which celebrated the rich and varied storytelling of rising Canadian filmmakers. You can see interviews with all of them here.

Babe at 25: James Cromwell shared some great memories of working with cinema’s cutest CGI pig with The Hollywood Reporter: “It didn’t pay much money, and I’ve got 17 lines. I had a dear friend named Charles Keating, a wonderful actor, and he said, ‘Hey, listen — it’s a free trip to Australia and if the movie fails it’s the pig’s fault, it’s not your fault. The pig’s got most of the lines.'”

Say It Ain’t So, Babe: Cromwell also talks about some harrowing stuff that Babe 2 director George Miller wanted to put in the sequel, Babe 2: Pig in the City that sounds better suited to one of Miller’s Mad Max movies, including… a vivisection scene? Universal objected, which means there’s at least one time a studio was right.

Actually, There Was Another Time: Paramount mastermind Robert Evans, mentioned above, told Francis Ford Coppola his original cut of The Godfather was too short and to let it breathe.

Silent Star Wars: San Francisco’s Another Hole in the Head film festival has offered lots of films on Zoom this summer, and shared this trailer for one of the coolest: a fan-made, two-hour silent film treatment of the original Star Wars trilogy.

Madonna, Diablo Cody Collaborate on Screenplay About Music and Film
The 25 Coolest Film Festivals in the World 2020, Presented by FilmFreeway