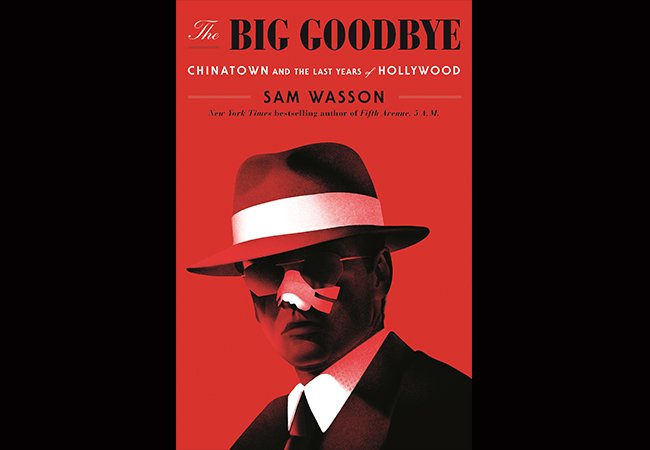 (Editor’s Note: Four years after the events that Quentin Tarantino reimagined in Once Upon a Time… in Hollywood, director Roman Polanski and screenwriter Robert Towne collaborated on Chinatown. The film, a throwback to the L.A. noir stories of the 1940s, stars Jack Nicholson as Jake Gittes, a private investigator whose skepticism mirrored that of the new decade. Polanski was mourning the 1969 murder of his wife, Sharon Tate, and their unborn child. In 1978, he fled the United States after pleading guilty to unlawful sex with a minor. Sam Wasson’s new book The Big Goodbye: Chinatown and the Last Years of Hollywood, available on Tuesday, immerses us in the making of Chinatown, including the contributions of legendary producer Robert Evans, super-agent Sue Mengers, and many more. This excerpt details the difficult partnership between Polanski and Towne.)

The heat was tremendous that summer of 1973.

Every day, beginning at eight in the morning, Robert Towne would come to the little poolside office on Sierra Mar, his dog, Hira, in tow. Ventilation was scant, but Towne kept lighting cigars. Irritated and uncomfortable, Roman Polanski hated the smell of tobacco and the giant hairy dog that made itself a bed on his feet. For three days he endured. Little was accomplished.

“That’s enough of that dog!” Polanski announced after another distracted day. Hira never came back.

But without the dog, they were out of excuses.

Rather than force Chinatown’s existing pieces together, the thing to do, they agreed, was to clear the table of all preconceptions and rebuild the story from scratch. That way they would see what was absolutely essential. The rest they would scrap.

They began by one-lining the script, writing single-sentence descriptions of foundational story points at the top of eight-and-a-half-by-eleven-inch pages and posting them, in order, on the back of the office door. This alone was an undertaking. Not only was the pursuit of narrative economy intellectually taxing, but condensing the story forced Towne, at every turn, to sacrifice creative darlings he had nurtured for years. Removing them from his script at this point would be removing parts of himself.