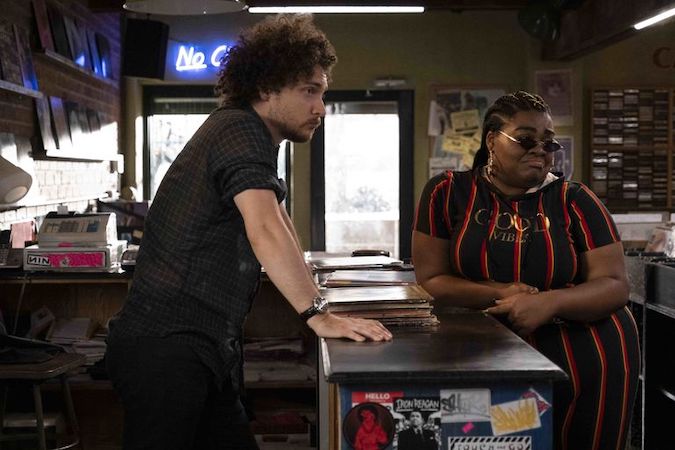 High Fidelity fans are mourning a lot about the end of the show — including the fact that they may never get a point-of-view episode from Cherise.

The show, which ran for one season on Hulu, was centered around Zoë Kravitz’s exceptional performance as Rob, a charismatic and laid-back record store owner. But Da’Vine Joy Randolph often stole scenes as Cherise, an employee at the store.

Although the majority of the series is told through Rob’s eyes, chronicling her top five greatest heartbreaks, the eighth episode, “Ballad of the Lonesome Loser” gave viewers insight into Simon’s tumultuous relationship with a former partner. Fans hoped the show might also delve into Cherise’s story, in the second season.

Twitter user @SincerelyJenee wrote: “Dear @hbomax, please give us High Fidelity since Hulu has no behavior. And let Cherise have her own episode.”

In a vibrant performance from Randolph, a Tony Award winner, Cherise is bold and unapologetically herself, sparring with Rob and Simon about music while struggling with her identity as an artist as she prepares to begin her musical career.

Read also: The Best Postscripts in Cinema: From Do the Right Thing to Barry Lyndon, 5 Films That Do the Epilogue Right

The original 1995 was centered on John Cusack and featured Kravitz’s mother, Lisa Bonet. High Fidelity changes Rob’s race and gender. Randolph spoke with Elle about the importance of representation and the responsibility she and Kravitz felt to craft characters who did not fall into traditional stereotypes or tropes.

“We tried to figure out a way in which we could bring that across most authentically so people can see themselves,” she said. “Representation is so important. It heals, it educates, inspires. It gives people hope.”

Throughout Season 1, Cherise steadily builds up the confidence to debut her music. At the end of the season, she gives her first performance, a tender rendition of Stevie Wonder’s “I Believe (When I Fall In Love).”

“We decided that we wanted it to show that she was truly a work in progress and to show she’s developing, she definitely has talent, but she was challenging herself,” Randolph told Harper’s Bazaar.

For viewers disappointed about not seeing Cherise’s dreams come true, this raw and vulnerable performance takes on a new meaning.