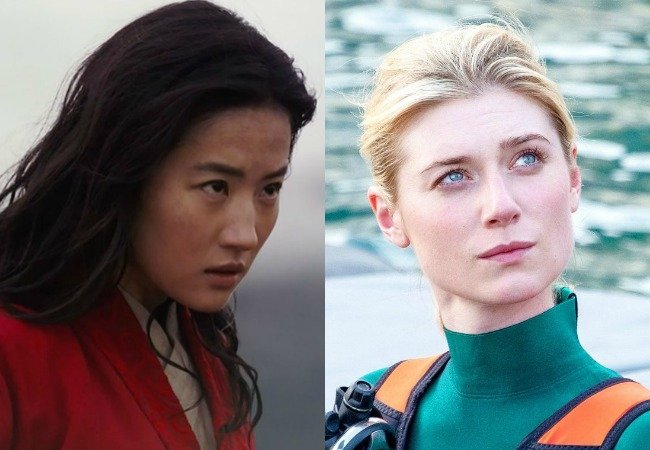 In today’s Movie News: Tenet and Mulan provide a high-stakes test of how to release movies now; a Charlie Kaufman interview we’re honored to share; The Batman shuts down because of a positive COVID-19 test; good news from Venice and around the globe; and Francis Ford Coppola has been hard at work.

Stay Home or Go to a Theater? Today’s home release of Mulan on Disney+ (+$29.99) and theatrical release of Tenet in theaters provide a head-to-head test of how best to release a movie now, Sam Lively writes. Both films have about the same budget — roughly $200 million.

Calls for Mulan Boycott: Activists are calling on people to skip Mulan in response to star Liu Yifei voicing support for Hong Kong police who have cracked down on pro-democracy demonstrators. The BBC has details.

You Could Just Watch I’m Thinking of Ending Things: It’s on Netflix. Here’s Caleb Hammond’s interview with director Charlie Kaufman, where they discuss miscommunication and memory. The audio is on Apple or Spotify or right here:

The Batman Shutdown: Vanity Fair was first to report that Robert Pattinson has tested positive for COVID-19, forcing a shutdown of The Batman just days after the London production resumed. “I think we never expected things to go completely smoothly,” Warner Bros. CEO Ann Sarnoff told The Hollywood Reporter. “I think it would have been naïve to think we wouldn’t have certain cases on certain productions. The most important thing is to be ready for when that happens. And we were very much ready.” The Pattinson news led to the Twitter trend NOT ROBERT.

‘A Resounding Success’: The Venice Film Festival, the first major fest since the start of the pandemic, is going smoothly, according to this Hollywood Reporter piece. We’ll all feel better when no one tests positive for COVID-19, but it was nice to read this. Venice also kicked off with several film sales, though they didn’t actually occur at the festival, THR reports in this story.

Where Productions Are Back: Variety has this very helpful update on the state of global film production worldwide, focusing on New Zealand, Canada, Iceland, India, China, Australia and South Africa.

Comment of the Day: Earlier this week I wrote about seeing Tenet in a theater outside Boston. Erik T then shared this experience of seeing it in Michigan: “I saw it last night. Theaters in northern Michigan have been open all summer. They sanitize the seats in the auditorium between shows. Masks required except when eating during the show. Maybe 30 of us in a room that seats 200, the nearest people were at least 15 feet away. If the older gentleman seated behind us wouldn’t have repeated lines to his wife and coughed as much I would’ve said it was a perfect viewing experience. I felt safer than when I’ve gone to half-full restaurants this summer.” The movie is well done, by the way. Not without its faults, but I’ll go see it again.

Coughing?: Yeah, I didn’t love that part, either.

‘You Will Always Be Our King’: Here’s Marvel’s tribute to Chadwick Boseman.

Have a wonderful holiday weekend, everybody. You deserve it.

Mulan and Tenet Provide Head-to-Head Test of How to Release a Movie During Pandemic
Mank: Here Are Images From the Citizen Kane Story by David Fincher