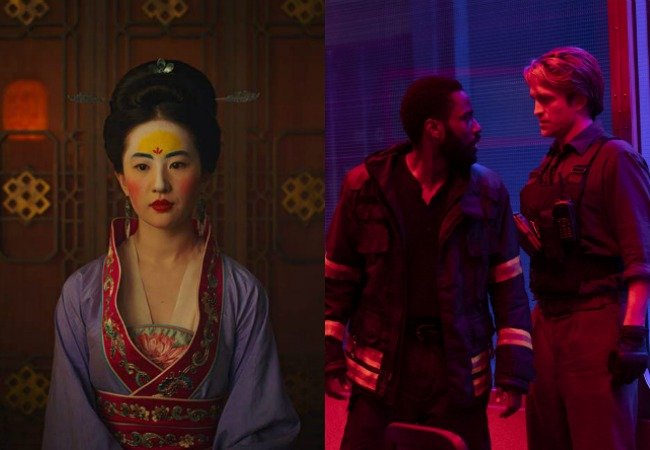 Welcome to the biggest movie day of a very strange year. After months of delays, Tenet and Mulan go head-to-head starting today in a test of the best way to release a big-budget movie in the pandemic.

Tenet, released last night, is playing in selected theaters across the country, though not in major markets including New York and Los Angeles. It provides the first major test of whether audiences will turn out in large numbers to see a film now — and of how safely theaters can accommodate patrons.

Mulan, meanwhile, is out on Disney+ at a premium price of $29.99, on top of a Disney+ subscription, and provides a test of how much audiences will pay to watch a film at home.

“We see this as an opportunity to bring this incredible film to a broad audience currently unable to go to movie theaters,” Disney CEO Bob Chapek said of the Mulan release in an earnings call with investors last month. “While also further enhancing the value and attractiveness of a Disney+ subscription with this great content.”

For months, as other films pushed their releases to later in the year, Warner Bros. and Disney held out hopes that Tenet and Mulan, both of which are reportedly budgeted around $200 million, would get summer theatrical releases. At times it was unclear which would be the first to attempt to stir theaters back to life. Tenet shifted from July 17 to July 31 to Aug. 12 and finally to Sept. 3. Mulan was moved from March 27 to July 24 to Aug. 21 to today’s home release.

Warner Bros. CEO Ann Sarnoff told The Hollywood Reporter that she went to see an early screening of Tenet at a Connecticut theater on Wednesday, ate popcorn with a mask on, and is “very proud of our approach.”

“I don’t completely understand Disney’s strategy, but they are releasing Mulan internationally in some theaters,” she said. “I’m rooting for anybody who is getting a movie out.”

She added that Warner Bros. never considered a premium video on demand release for Tenet: “It is a movie meant for the big screen,” she said.

Trolls World Tour threatened the theatrical model in the spring, when it quickly earned nearly $100 in home rental fees from families desperate for fresh quarantine entertainment. That was a huge win for Universal, because it didn’t need to split box office with theaters, and led the studio to announce it would start releasing some titles in theaters and at home simultaneously. AMC and other chains revolted before an eventual compromise in which Universal can release films digitally just 17 days after they arrive in theaters.

As Hollywood watches closely to see if the Tenet or Mulan release strategy proves more successful, audiences can also consider some counter-programming: Netflix today debuts a new Charlie Kaufman film, I’m Thinking of Ending Things, a quiet awards contender among all the spectacle and noise.