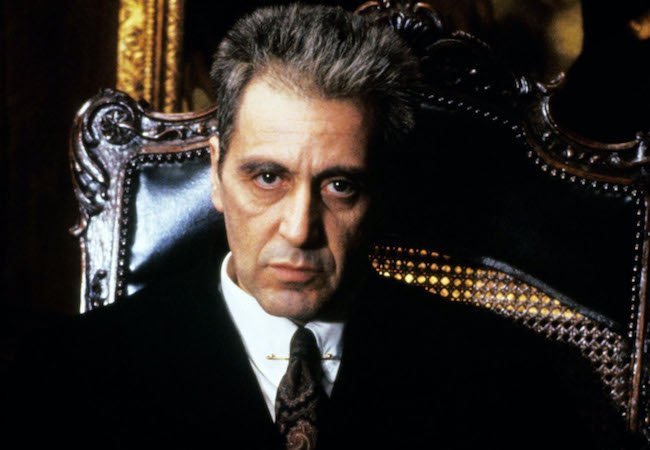 Francis Ford Coppola will release a re-edited version of his often-maligned The Godfather: Part III that will include a new beginning, new ending, and new title: The Godfather, Coda: The Death of Michael Corleone.

Coppola said the film will better reflect his intentions for the third film in the series, released in 1990, to mark its 30th anniversary. He plans a limited December theatrical release.

“‘Mario Puzo’s The Godfather, Coda: The Death of Michael Corleone is an acknowledgement of Mario’s and my preferred title and our original intentions for what became The Godfather: Part III,’” said Coppola. “For this version of the finale, I created a new beginning and ending, and rearranged some scenes, shots, and music cues. With these changes and the restored footage and sound, to me, it is a more appropriate conclusion to The Godfather and The Godfather: Part II and I’m thankful to Jim Gianopulos and Paramount for allowing me to revisit it.”

The first two films in The Godfather saga are widely considered two of the greatest of all time. Godfather: Part III is not. The film has an unremarkable 69 percent on Rotten Tomatoes.

The Godfather: Part III and The Godfather, Coda both follow Michael Corleone (Al Pacino), now in his 60s, as he seeks to become a legitimate businessman man, free his family from it mob ties, and find a suitable heir. In addition to Godfather veterans, it also enlisted young actors Andy Garcia and Coppola’s daughter, Sofia Coppola, who many critics felt was miscast.

This process took over six months and involved sifting through 300 cartons of negative. The company repaired scratches, stains, and other anomalies, and also enhanced the original 5.1 audio mix.

“Mr. Coppola oversaw every aspect of the restoration while working on the new edit, ensuring that the film not only looks and sounds pristine, but also meets his personal standards and directorial vision,” said Andrea Kalas, senior vice president, Paramount Archives.

This is the latest effort by Coppola, 81, to bolster his legacy: He has previously re-released updated versions of his films Apocalypse Now and The Cotton Club.

His very suitable heir, Sofia Coppola, will release her latest film, On the Rocks, next month. It will be in select theaters Oct. 2 and on Apple TV+ on Oct. 23.