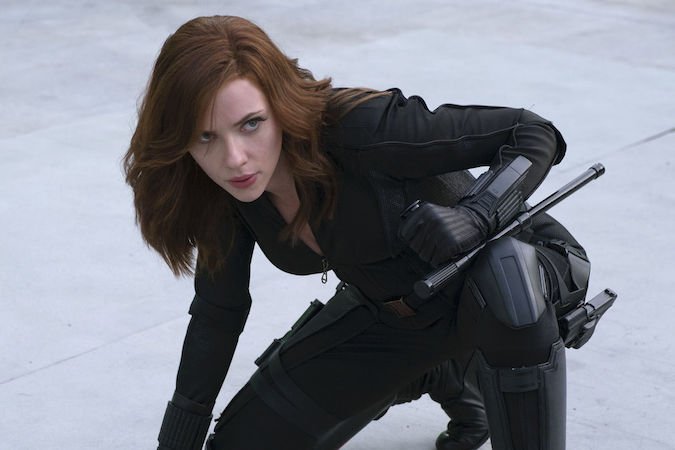 Welcome to MovieMaker’s Movie News Roundup, where we succinctly summarize movie news and just movie news — always with links back to the original source. Today: Coronavirus may change Cannes’ plans, Black Widow and other movies won’t abandon their release dates like Die Another Day did, and The Batman director Matt Reeves cheers everyone up with some new Batmobile photos.

The Last of Us Is Being Adapted Into an HBO Series by Chernobyl creator Craig Mazin: The Hollywood Reporter has the exclusive story. This is Playstation Productions’ first-ever television series, and it seems like a safe bet, as The Last of Us holds many Game of the Year awards and has remained a fan favorite since its release on the Playstation 4 in 2014. Fans of the series also eagerly await The Last of Us Part II which is scheduled for release on the PS4 this May.

Cannes in Peril? France has banned indoor gatherings of 5,000 people or more, and Variety reports that a new extension of that ban through May 31 may threaten this year’s Cannes Film Festival. Variety notes that it is scheduled to take place May 12-23 and that last year’s festival drew more than 12,000. Ugh.

Black Widow Not Moving: In a story headlined Coronavirus Concern At The B.O.: After ‘No Time To Die’ Move, Could ‘Black Widow’ & ‘F9’ Be Next?, Deadline reports that the answer is no — at least so far. The site says “Disney is adamant that they’re not moving the May 1 release date of Black Widow,” and that Universal has no plans to move the May 22 release date of the latest Fast and the Furious film. The Hollywood Reporter also reports that Black Widow is staying put, as is Mulan.

Everyone’s warily watching release dates because of Wednesday’s news that No Time to Die has been pushed to November because of coronavirus, aka COVID-19.

And now, a little section we like to call “Yesterday’s News”:

Bond Moves to November: No Time to Die, the 25th James Bond 007 movie, has been delayed until November because of the coronavirus. “The film will be released in the U.K. on November 12, 2020 with worldwide release dates to follow, including the U.S. launch on November 25, 2020,” said a statement from Universal, MGM and Bond producers Michael G. Wilson and Barbara Broccoli.

Ronan Farrow Blasts His Publisher for Also Publishing Woody Allen’s Memoir: Pulitzer Prize-winning investigative journalist Ronan Farrow said he could no longer work “in good conscience” with Hachette, the publisher of his #MeToo book Catch and Kill, because of its decision to also publish the memoir of his estranged father, Woody Allen. He said Hachette has not properly fact-checked the book, and that Hachette had kept its plans to publish Allen’s memoir a secret from him. (Here’s our updated timeline of the Woody Allen-Dylan Farrow situation.)

Golden Bear Winner Fights Iranian Prison Sentence: Mohammad Rasoulof, who just won the Berlin Film Festival’s Golden Bear award, has been summoned to serve a one-year prison sentence in his homeland of Iran because his past films were found to be “propaganda against the system,” his lawyer told The Associated Press.  Attorney Nasser Zarafshan told AP that Rasoulof was also ordered to stop making movies for two years. Rasoulof won’t turn himself in and will appeal, said the lawyer, who cited the coronavirus outbreak in Iran as one reason.

Today’s Other Covid-19 Cancellations: Amazon is skipping SXSW, according to Variety; a Disney+ European launch event is off, according to The Hollywood Reporter; DC pulled out of March Comic-Con appearances, according to THR’s (wonderful) Heat Vision; and I’ll need to skip brunch Sunday with my wife’s college roommates, just in case (cough).

Today’s Best Headline: Ben Affleck Says His One Line in 1992 ‘Buffy the Vampire Slayer’ Movie Had to Be Dubbed by TheWrap‘s Beatrice Verhoeven.