This list of the World’s 50 Best Genre Fests originated at a dinner in Park City, Utah last winter, at the Slamdance Film Festival. Team MovieMaker was across from Alok Mishra, a film producer who was deep into production on 1BR, a horror movie that would soon rise to the top of the Netflix charts.

One thing, though: He thought our lists were bogus. Did festivals pay to be on them? Did we just choose our friends? What was the criteria?

We explained that no one can buy their way in, and that while we hope to be a friend to all film festivals, especially in these trying times for cinema, we don’t socialize with anyone who runs the festivals below. And in hopes of total transparency — and making this list as helpful as possible to moviemakers and audiences — we invited Alok to get involved in the process. We’re grateful that he did.

He tapped Heather Buckley, who helped assemble a panel of experts who are deeply plugged into genre festivals from horror to fantasy to sci-fi. We assembled a list of criteria that included the quality of the audience, atmosphere, curation, events, presentation, host city, and public relations and social outreach of each festival, as well as the money stuff: whether distributors attend, the effectiveness of the festival as a marketplace, and whether the festival pays for moviemakers’ travel. We also focused on the festivals’ diversity in terms of programming teams, films, filmmakers, and audiences.

1iota Productions, which specializes in connecting fans with thousands of live events, coordinated the survey, verifying its security and asking participants to rate and answer questions only for the festivals they have attended within the past five years. Participants were barred from voting for festivals they run or program. 1iota collected and tabulated the data using its proprietary platform, Fanalytic, then compiled the results. We then gathered comments from moviemakers who had attended the festivals, and contacted the festivals themselves in search of any details we might have missed. All of the following dates are for the next planned editions of each festival, and of course many festivals are now planned as in-person events may opt to go virtual, as many have this year.

We don’t know when we’ll next get to sit across from anyone at a festival dinner. But we do know that every festival listed here represents fond memories of the thrills it has provided in the past, and fervent hopes for the future. Here is our list of the World’s 50 Best Genre Festivals, featuring events from 40 cities, six continents and 16 countries.

Visit the festivals’ sites for exact dates, which have been in flux a lot lately. We were as specific as possible at the time of this writing.

Another Hole in the Head

A spirit of innovation and fun pervades this festival, which helped movie lovers through quarantine this summer with Zoom screenings that included a silent film version of Star Wars. AHH, entering its 17th year, is all about such innovation, aspiring to make audiences reconsider what we consider a “genre film.” It’s based out of the New People Cinema in San Francisco’s Japantown, a 143-seat underground venue equipped with HD digital projection, 35mm film projection and a THX-certified sound system. Our panelists gave it especially high marks for the festival team, the location, and the diversity of the programmers, filmmakers, audience and selections. One filmmaker who attended says a personal highlight was “going to some cheap karaoke bar in the Japanese District nearby with all the programmers! Drinks, discussing film and bad singing. What’s not to love?”

This fest, which just celebrated its 21st year, got high marks from our panelists across the board, and near-perfect scores for the quality of the audience and the atmosphere at screening and events. “Several people actually cried in the audience at the end of my film,” one moviemaker recalled. “My film is a horror film. It’s heartfelt, but it was the first time I noticed people literally weep at my ending. They were that into it. That’s a good audience.” The fest, based out of the Cineworld Leicester Square and The Prince Charles Cinema, went digital in August for its traditional summer event.

Another fest that scores very highly in the quality of its audience and atmosphere — though it scored highest in presentation. Case in point: It helped fans through quarantine this summer with a drive-in pairing of The Terminator and Robocop. Based out of the beloved Hollywood Egyptian Theater, it mixes “classic cinema and new gems,” one attendee notes. “While attendance includes many of the same folks as other LA-based genre feats, this one is where everyone is more relaxed and engaged outside of their own projects,” says another. Among attendees’ greatest memories were seeing 2001: a Space Odyssey in 70mm, a 4K restoration of Hellraiser, and top-notch guests who have included Jackie Chan, Arnold Schwarzenegger and Bong Joon-ho.

Again, atmosphere. One filmmaker said a favorite memory was “getting to walk around Harvard with my castmate and director. BUFF is right in the heart of Boston, so walking is easy to do and highly encouraged!” We concur on guests’ praise for Cambridge’s Brattle Theatre, which one attendee describes as having “a super-fun clubhouse vibe while also being an excellent theatre.” Another attendee noted, “One of my best and most comfortable stays when it came to film festivals was here.” Boston Underground also deserves credit for COVID-19 innovation. This year, it joined four other festivals on this list — Overlook, Brooklyn Horror, North Bend and Popcorn Frights — to launch Nightstream, an online festival from October 8-11 that combined the curation and flavor of each festival.

This one got its highest marks for filmmaker social engagement, the welcoming festival team, and the diversity of the filmmakers and films. It’s also very well-attended by the press. One attendee’s fondest memory was “chatting with the programmers before and after the screenings. Their knowledge and passion is so palpable.” Another shared a favorite memory of “walking through Brooklyn, trying to find one of the theater spaces and knowing immediately I was going in the right direction when I stumbled across a few folks dressed up as evil nuns.” Another attendee notes that you’ll “see lots of different types of horror: cosmic, comedy, satanic, slashers, and the simply weird.” 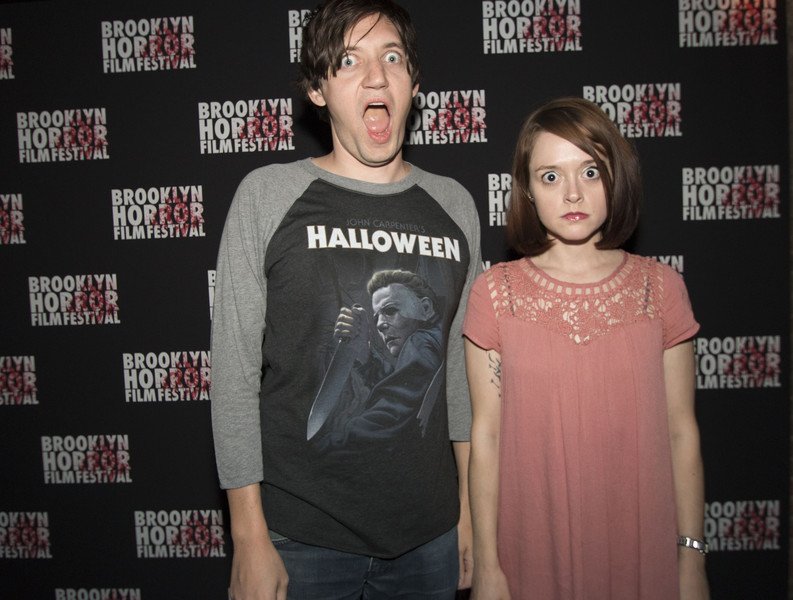 This festival scored very high overall, with the quality of the presentation and the host city itself earning especially high marks from our panelists. “The festival presents a really interesting experience, but the setting of the festival, the city of Brussels itself, is the best thing about it,” said one moviemaker who attended, while another’s favorite memory was “drinking beer out of a statue’s penis dressed a vampire in the middle of the city.” Another described the “most fun, awesome crowd I ever met.” There’s prestige, too: Last year’s scheduled guest of honor was Costa-Gavras, before COVID-19 forced the festival’s cancellation.

Our panel found Bucheon perfect in terms of the quality of the audience, curation and presentation, as well as atmosphere and all forms of diversity. The “amazing theatrical presentation” and “polite, engaged, packed audiences” earned special praise. This summer, the festival carried on through COVID-19 with a combination of virtual screenings, in-person screenings that were held to about one-third capacity, and a VR/XR program, Beyond Reality, which allowed participants to take part in the experiences without a headset. The 24th edition was heavy on sci-fi and dystopian disaster genres and an emphasis on the work of female directors.