Curation gets the highest marks at this festival, which celebrates the best of horror produced worldwide while also encouraging Portuguese genre films. There’s a reason one attendee praised “the passion of all the programmers and audience.” Motelx’s well-planned events have included an open-air screening of The Rocky Horror Picture Show and an overnight writing marathon inspired by Lord Byron and Mary Shelley. Talks have featured Ari Aster, Ruggero Deodato, George A. Romero, Dario Argento, and many more. Plus there’s wholesome stuff: It has a section entirely dedicated to kids, and offers a class on how to make baked goods in the shape of monsters.

The tagline on the festival’s website captures the moment perfectly: “the new (ab) normal.” Speaking of perfection: The audience, quality of curation, atmosphere and festival team all won perfect scores from our panel. Also, the sauna got several raves. One attendee listed these three favorite memories: “One, the parties were insane and there was this papier mache shark floating around the crowd eating people. Number two, they put us up in a boat hotel on the water, which was so cool and unique. Number three, we did a traditional Finnish sauna (men and women were separate) and we kept on going in and out… some of us jumped in the freezing lake, and we ate lots of sausages, and beer was had by all.” Night Visions typically occurs twice each year, in April and November, but had to cancel the April event this year. 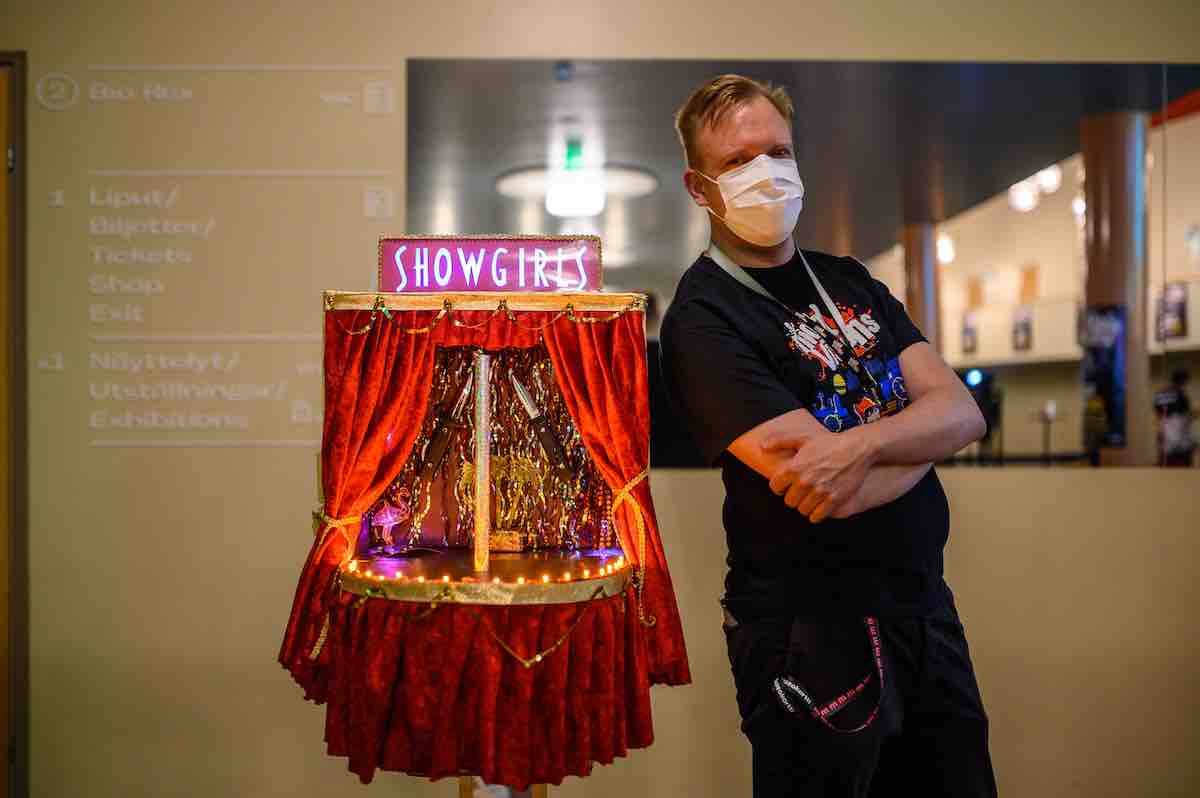 Many festivals are trying to make their virtual versions stand out, and Nightmares nailed it: Its virtual event this year, which just ended, was named “NFF: Masquerade,” and horrific imagery abounded. That’s a testament to the quality of presentation here, which our panelists deemed to be very nearly flawless. Like a good nightmare, the festival pays close attention to detail. Here’s one attendee’s recollection of meeting co-founder Jason Tostevin for the first time: “I walked into the bar at the theater where he’d set up a little workstation. He instantly looked up from the computer, saw me, and greeted me; he knew my name, my film, and where I was from, and made sure to introduce me to a few other people that were hanging out between screenings. It set the tone for the festival, one of inclusion and community, along with really fantastic horror films.”

“The festival is tucked into the sleepy Garden District, which is magical in itself,” said one attendee, who also stated the obvious: “Most of the food you’ll find in this city is excellent.” And the ghosts are also of very high quality. “The festival coordinators planned an outing for moviemaker where we took a Ghost Tour of the French Quarter in New Orleans,” another filmmaker said. “It was a blast!” The festival team, quality of the presentation and audience, and, of course, the Crescent City also scored highly. The midnight WTF Shorts Block is known for raising the most experimental spirits in genre cinema, and the fest also earned respect for its championing of female filmmakers and LGBT+ horror. 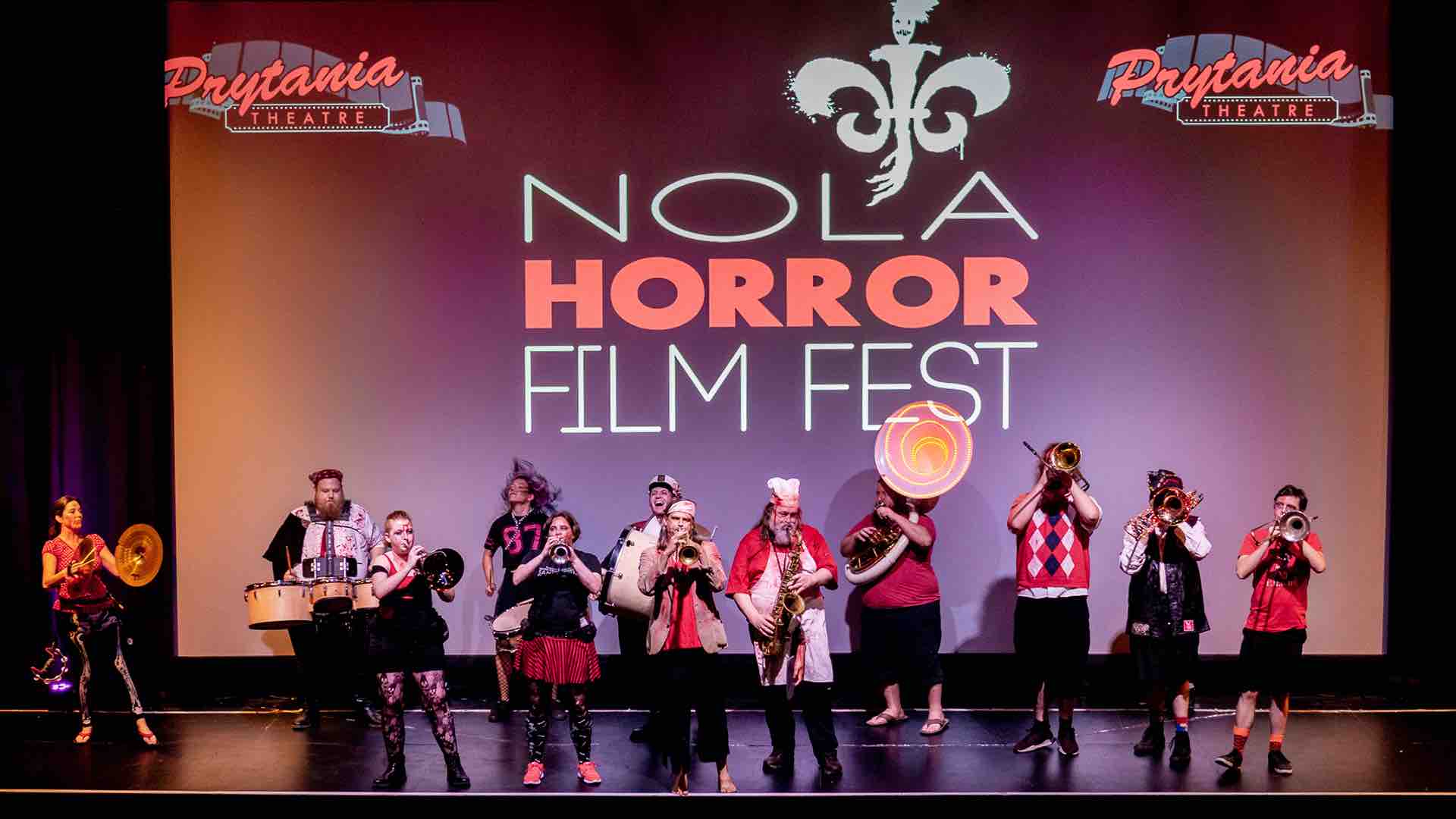 North Bend is the town outside Seattle where David Lynch shot Twin Peaks, but that’s far from the only claim to horror fame for this very highly rated festival. Screenings take place in an iconic 1940s-era Art Deco cinema, and the festival embraces the future with XR and immersive theater experiences that one attendee called “top-notch.” Don’t worry, no one’s forgotten about old-time thrills. One attendee’s favorite memory was “eating homemade spaghetti around a campfire with the whole festival crowd while the North Bend locals shared stories of their supernatural encounters. This wasn’t just a highlight of the festival — this was a highlight in life.”

Austin itself and the whole festival team get the highest marks for this highly regarded festival, which is primarily focused on science fiction, but includes a side- bar called Under Worlds focused on horror. Each year, artistic director Bears Rebecca Fonte attends the world premiere of the 48-Hour Sci-Fi Film Challenge at Other Worlds’ sister festival, Sci-Fi London, then flies home to give the films their North American premiere the next day. “Bears and her staff are amazing and so very sweet, but one of the most interesting things about this festival is that it is both science fiction- and horror-based, so you really get the best of both worlds,” said one filmmaker. The fest also gives out a Defender of the Universe Award for people who create or inhabit inspiring characters.

Our second festival from what Overlook calls “America’s most haunted city” does especially well in diversity and curation. It’s also very well-connected: Past guests have included Roger Corman, Robert Rodriguez, Eli Roth, Taika Waititi, Ari Aster, Ana Lily Amirpour, Paul Scheer, Roxanne Benjamin, Darren Lyn Bousman, Simon Barrett and Jason Blum, and the board includes Elijah Wood, Karyn Kusama, Leigh Whannell, Mick Garris, Larry Fessenden and Joe Dante.“ My favorite thing about the Overlook FF is the familiar faces attending to support the genre and filmmakers, while also promoting their latest offerings,” one filmmaker said. “It’s an immersive film festival so you feel a part of the attending community for the weekend, especially if you’re staying within the festival hotel.”