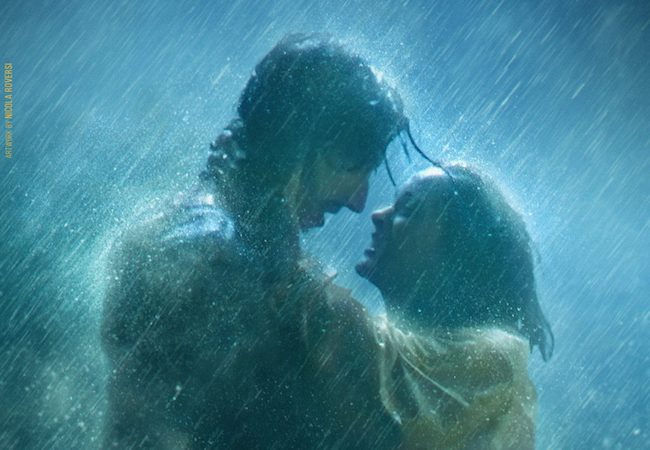 Annette is highly recommended; Sony commits to theaters; Billie Eilish sends a love letter to Los Angeles. Plus: The Spider-Man: No Way Home trailer we all waited for so patiently.

I Love Annette So Much: I finally saw Leos Carax’s Annette last night and wow — it’s one of my two favorite movies of 2021 so far. (The other is CODA.) What a wild, audacious spectacle. I’m not saying any more because it’s best to just go in cold, and to be patient. I was stuck by its incredible sweep even watching it on my phone, and can only imagine how much better it would be in a theater.

Speaking Of: Sony chief Tom Rothman told an industry crowd at CinemaCon in Las Vegas that Sony remains committed to releasing films theatrically — not simultaneously in theaters and homes. “I saw Free Guy on Cape Cod,” he said, according to Deadline, which added that he had been vacationing there before coming to Vegas. “That film has done great business because, number one, it’s terrific and number two, you actually can’t watch it at home on television! Go fucking figure.”

Billie Eilish Loves L.A.: She’ll partner with director Robert Rodriguez and Oscar-winning animator Patrick Osborne for a Hollywood Bowl concert film that is also a partly animated tribute to her hometown. Happier than Ever: A Love Letter to Los Angeles airs on Disney+ on Friday, Sept. 3. Here is the trailer:

Baby Money: Remember that Jean-Luc Godard quote that he didn’t exactly say? “All you need for a movie is a gun and a girl”? The new Fantasia Film Festival film Baby Money takes it to heart, then raises the stakes. Screenplay Awards Network founder Mikhael Bassilli sold his house to finance the $250,000 budget, and his home-invasion thriller has some good lessons for scrappy filmmakers. Let me explain here.

Do You Believe in Meme Magic? You Can’t Kill Meme, a new documentary/film essay from Hayley Garrigus, examines the idea that chaos magicians used memes to boost Donald Trump in 2016 — with help, of course, from Pepe the Frog and the Egyptian frog-god of darkness, Kek. You meet some interesting characters along the way, and see why the powerless latch onto concept like “memetic magic.” It’s also at Fantasia. Here are some thoughts.

Any Other Good Fantasia Stuff? Yes!

How About Slamdance?  After years of planning — and pandemic-related delays — Slamdance will hold Slamdance Miami from October 28 through 30. It will celebrate filmmakers from Central and South America, the Caribbean and Florida “via an open air, COVID-
sensitive festival experience at the North Beach Bandshell in Miami,” as well as online. There’s lots more information on the Slamdance website.

Spider-Man: No Way Home Trailer: People who didn’t watch the low-quality, leaked trailer yesterday were rewarded hours after the leak with his high-quality, official trailer. Enjoy.