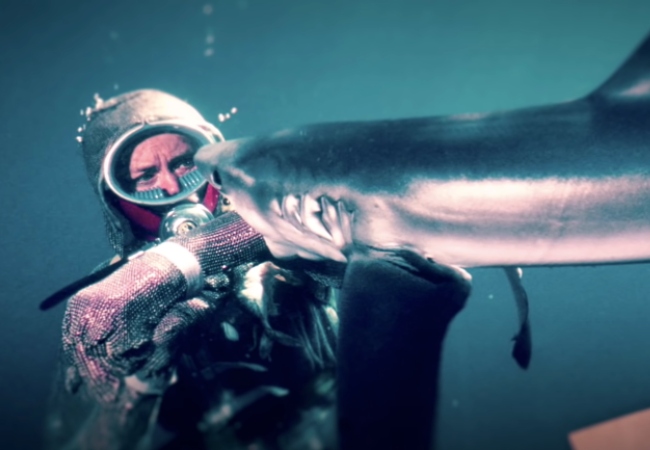 But First: No Rundown tomorrow! And you all have the day off, too. Enjoy the beach.

JAWS: Valerie Taylor, a camera operator on 1975’s JAWS, now devotes her life to protecting oceans — and sharks. The 85-year-old continues to dive, and stars in the new Disney+ documentary Playing With Sharks. Margeaux Sippell tells her story.

Whew: Bob Odenkirk is in stable condition after a “heart-related incident,” his reps say. The Better Call Saul star and Mr. Show genius has always been one of those entertainment-industry treasures we all kind of took for granted, and the long hours without any updates about his condition yesterday made many of his fans, myself included, realize just how much we love and value his work. Get well soon, Mr. Odenkirk.

Vaxxy Time: In a move that I’d bet will soon be the industry standard, Netflix is requiring COVID-19 vaccinations for anyone working on a production in Zone A, the Zone with actors. (Aka the KWZ: kissin’ an’ wrasslin’ zone). Variety has more details but don’t you dare take credit for KWZ, Variety, that’s all mine.)

Is Netflix Allowed to Do That? Yep.

When You Are Ready to Hear a Serious Discussion About He-Man, Listen To This: We go deep on Kevin Smith’s new Netflix series, Masters of the Universe: Revelation, in the latest Low Key podcast, focusing especially on a big death scene that has elicited many angry/silly complaints.

Save the Date: The Austin Film Festival returns virtually and in-person October 21-28. The festival just announced that this year’s lineup includes Sera Gamble, Meg Lafauve, Derek Kolstad, Glen Mazzara, and Kemp Powers — and that Emmy and Oscar-nominated writer and director Scott Frank (The Queen’s Gambit) will be honored as the 2021 Bill Wittliff Award for Screenwriting recipient. More information is here.

Comment of the Day: “Agreed on NOFF and Clint is the best!!!!” says Joel Kazuo, commenting on our list of the 25 Coolest Film Festivals in the World. “Met so many people and you really feel embedded in the NOLA family. Can’t wait to get back there.” Joel is referring to the New Orleans Film Festival, and artistic director Clint Bowie. Thanks for commenting!

Main image: Playing With Sharks star and JAWS veteran Valerie Taylor wearing shark armor on a dive with a shark.