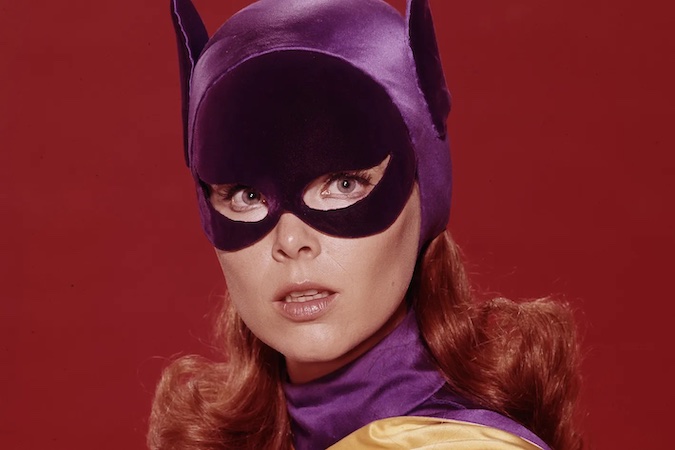 Testing starts soon for the lead in Batgirl; New Mexico beats the odds to break production spending records; producers and guilds agree on new COVID-19 rules for all you wrasslers, kissers, and people who just want to work. All in today’s Movie News Rundown.

But First: Making a film? Want funding? New Filmmakers Los Angeles and Warner Media OneFifty are teaming up to find new voices telling stories with social impact. Details of the New Narratives program are here. Maybe this short item in a weird newsletter will help you break in, and change your life. Let me know in a few years?

New Rules: Major studios and guilds have come to a tentative, short-term agreement to slightly relax COVID-19 protocols for fully vaccinated cast and crew — and agree that producers can require certain cast and crew to be vaccinated. The cast and crew for whom vaccinations can be mandated are those who work in Zone A, which under current protocols refers to the zone where people work most closely together, often maskless. The Hollywood Reporter has details galore.

If That All Sounds Too Technical: Let me spell it out: We’re talking about actors who kiss each other. But also actors and stunt performers who wrassle, and other people in any intimate, not socially distanced situation you can imagine.  Producers are now allowed to say “Y’all need to be vaxxed in order to get this job — no vax means NO KISSING AND NO WRASSLING.” Also you will not be able to act in a scene where a drill sergeant is yelling at a new recruit and spit is flying all over the place. These are just a few examples of the fun, wild things that go on in Zone A — things that the unvaccinated can only watch through plexiglass and their own bitter tears.

New Mexico Beats the Odds: The New Mexico Film Office reports that in spite of the pandemic, it broke its record this year for the most TV and film revenue: It racked up $623 million that went not just to filmmaking, but hardware stores, car rentals, sign makers, dry cleaners, locals who rented out their homes. There is a reason Albuquerque keeps topping our list of the Best Places to Live and Work as a Moviemaker, and that Santa Fe scores so highly too. But places like Taos, Gallup and Truth or Consequences also earned production dollars. The COVID-19 positivity rate among productions, by the way, was a mere .13%.

Anyway, You May Enjoy This Podcast: That we recorded last year with New Mexico Cabinet Secretary Alicia J. Keyes.

L.A. Theater Update: AMC has taken over the movie theaters at West Hollywood’s The Grove and Glendale’s The Americana outdoor malls, for people who like to buy their tickets, try on hats at The Gap, eat a gooey, cinnamon-glaze pretzel, touch everything in the Apple store, and then go actually see the movie. People like me. They were previously owned by the Pacific Theatres chain, which has shut down. Variety has details.

Batgirls Assemble: Deadline has a list of names of young women it says Warner Bros. and DC Films will test for the title role in the upcoming feature Batgirl: Isabella Merced, Zoey Deutch and Leslie Grace. I was preliminary rooting for Haley Lu Richardson (have you seen Support the Girls? So good!) but Deadline reports that while her name has come up, she “might have bowed out before the test process.” Batgirl is of course Barbara Gordon, the daughter of Jim Gordon, who will be played by Jeffrey Wright in the new Robert Pattinson bat-film The Batman.

Will Batman and Batgirl Wrassle? Not unless they’re vaccinated they won’t. Let this be a lesson to you!

Zap! Zowie! Kapow!: In my opinion, Yvonne Craig, from the 1960s Batman TV show, was the best Batgirl. Here she is fucking up some of the Penguins’ goons.

Relentless Finale: What’s Next for the Final Lead in the Christina Whittaker Case
How It Ends: Zoe-Lister Jones on Imagining the End of the World