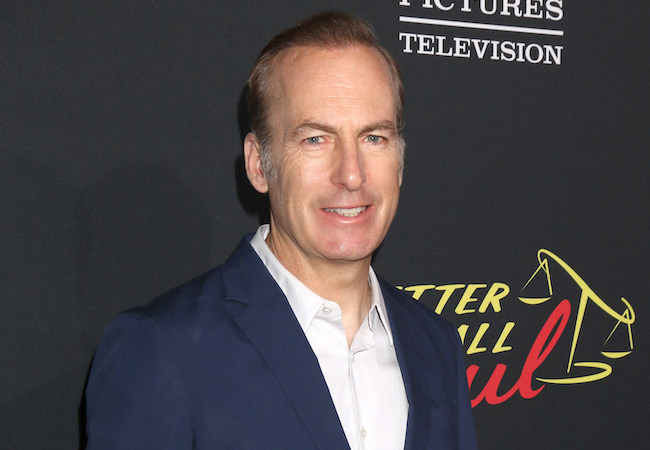 Bob Odenkirk, star of Better Call Saul, was in stable condition Wednesday after collapsing due to a “heart-related incident” on the New Mexico set of the AMC show, his reps said in a statement.

“We can confirm Bob is in stable condition after experiencing a heart-related incident,” his reps told MovieMaker. “He and his family would like to express gratitude for the incredible doctors and nurses looking after him, as well as his cast, crew and producers who have stayed by his side.  The Odenkirks would also like to thank everyone for the outpouring of well wishes and ask for their privacy at this time as Bob works on his recovery.”

Odenkirk was hospitalized after Tuesday’s collapse, and good wishes poured in from fans and across the entertainment world. Odenkirk’s ties and influence stretch far beyond his acclaimed Breaking Bad spinoff series, in which he plays morally compromised attorney Jimmy McGill, aka Saul Goodman.

He broke into television with Saturday Night Live, where he was a writer from 1987 to 1991 and was responsible for some of the most beloved sets of his era, including the Chris Farley Matt Foley sketch that spawned the catchphrase “I live in a van… down by the river!” The sketch was a carryover from Farley and Odenkirk’s days performing with Second City in Chicago.

Odenkirk won an Emmy for writing on Saturday Night Live, and then went on to write for The Ben Stiller Show, in which he was also a performer. One of his characters was Charles Manson, who he portrayed as a wild, mangy family pet in a 1950s Lassie-like series called Manson. He earned another Emmy for writing for the show, then went on to earn eight more nominations.

Soon after Stiller, he united with David Cross to create HBO’s Mr. Show With Bob and David, a groundbreaking mid-to-late ’90s sketch series that dismantled and reinvented comedy rules with meta and absurdist sketches, including this one that repeats the same slapstick joke repeatedly, as everyone reacts with complete earnestness.

He would later help the comedic duo of Tim & Eric — Tim Heidecker and Eric Wareheim — get their big break when they sent him a video of their comedy. And he directed three films — Melvin Goes to Dinner (2003), Let’s Go to Prison (2006), and The Brothers Solomon (2007).

But his greatest success was yet to come. In 2009, he began playing “criminal lawyer” — it’s a double meaning — in Breaking Bad. After the show ended, he starred in its spinoff, which started in 2015 and is, in typical Bob Odenkirk rule-breaking tradition, both a prequel and a sequel. The season Odenkirk has been filming is scheduled to be its last.

He also gained very strong notices for acting roles in films including Nebraska, The Post and Little Women. This year, at 58, he stunned audiences by getting ripped to play a dangerous dad with a past in the action drama Nobody.

Word of his stable condition brought a wave of joy to friends, fans and colleagues who had spent much of Wednesday worrying about the lack of updates. Here’s a sample, starting with amber Tamblyn, who is married to David Cross:

Bob is in stable condition and everyone— literally everyone— can breathe now. We haven’t slept since we heard the news. I am sending a mountain of love to my extended family: Naomi, Erin and Nate Odenkirk. WE LOVE YOU SOMETHING FIERCE.

We have learned today that everyone love Bob Odenkirk. People from all walks of life. pic.twitter.com/6gC73YdFpo

Bob Odenkirk hasn't had this many people simultaneously wishing him good will since Christmas Day 2019 when he showed up out of nowhere in LITTLE WOMEN and dropped the title line like a goddamn boss.

the timeline after hearing that bob odenkirk is ok pic.twitter.com/DgSeu6YPCC