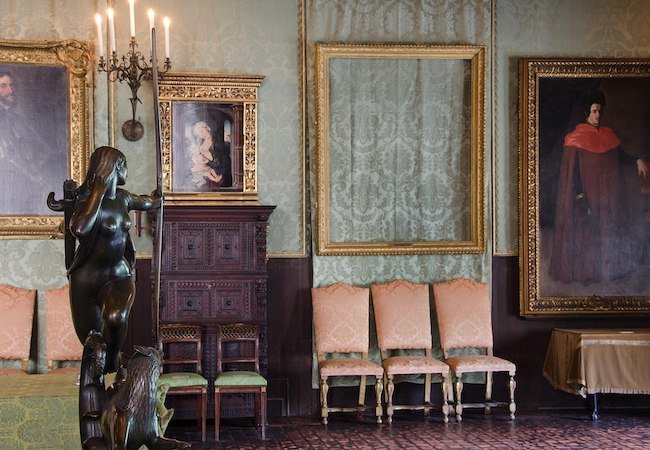 But First: Hunger Ward, the Oscar-nominated documentary about children starving to death in Yemen because of Saudi Arabia and its allies — including the U.S. — is the most heartbreaking thing I’ve ever seen. Director Skye Fitzgerald says there is a deliberate blockade not just of food, but of information, to keep you from learning about the atrocity and stopping it. This is how you can learn more and help.

This Is a Robbery: The 1990 theft of 13 works of art from the Isabella Stewart Gardner museum is one of New England’s most bedeviling mysteries, and the subject of a new Netflix docuseries. Margeaux Sippell details what we know about a security guard who has spent years answering questions, and an art thief with an airtight alibi. Empty frames still hang in the Boston museum to memorialize the stolen art.

Drought: When North Carolina moviemakers Megan Petersen and Hannah Black set out to make their film about storm chasing in a stolen ice cream truck, some of their worries proved to be unfounded. (Casting an actor on the autism spectrum, for example, turned out to be no trouble at all.) But then they ran into very serious problems, including a family tragedy and a hurricane. They wrote this terrific piece for us about their experiences making Drought.

DGA Appeals to Georgia Governor: Leaders of the Directors Guild of America have written directly to Georgia Gov. Brian Kemp, saying the state’s new voting law “threatens to undermine the pillar of our democracy – the right to vote,” Deadline reports. The 18,000-member guild has more than 400 members who live in the state, a magnet for film and TV production. DGA president Thomas Schlamme and national executive director Russell Hollander wrote that the bill “will disenfranchise our members, and disproportionately impact our members of color, and millions of other hardworking Georgians” and urged Kemp to “reconsider your support for this misguided law and to make every effort to unwind its restrictions before it takes full effect on July 1st.” 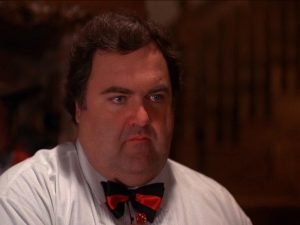 R.I.P. Walter Olkewicz: The veteran character actor, who will be best remembered by Twin Peaks fans for his unnerving work playing the bartender and croupier Jacques Renault, has died at 72 after a “long battle with infections,” USA Today reports. “He was a good man who pushed his love for creativity and the arts into everything he did,” his son, screenwriter Zak Olkewicz, said in a statement. “He handed that passion down to me, and I look forward to passing it on to the grandchildren he loved so much.” Olkewicz’s long career also included notable roles in The Client, Grace Under Fire and Seinfeld.

R.I.P. James Hampton: Another beloved character actor, Hampton was perhaps best known for playing Michael J. Fox’s secret werewolf father in Teen Wolf. He died at 84 in Fort Worth, Texas, of complications from Parkinson’s disease, a family spokesperson told The Hollywood Reporter. He was also known for roles in F Troop, Pump Up the Volume, and several films with his good friend Burt Reynolds, including The Longest Yard, in which he played Caretaker.

Comment of the Day: “After watching this documentary, all I can say is you just gotta love this damn stinking government of ours, along with the crooked judicial system. These bastards stole a huge part of this man’s life,” says Patricia Mortazavi, responding to our post on White Boy, the story of Rick Wershe, Jr.

Main image: An empty frame in the Isabella Stewart Gardner museum that used to house Rembrandt’s 1663 The Storm on the Sea of Galilee, courtesy of the FBI.