We Set Out to Make Drought — We Got a Hurricane 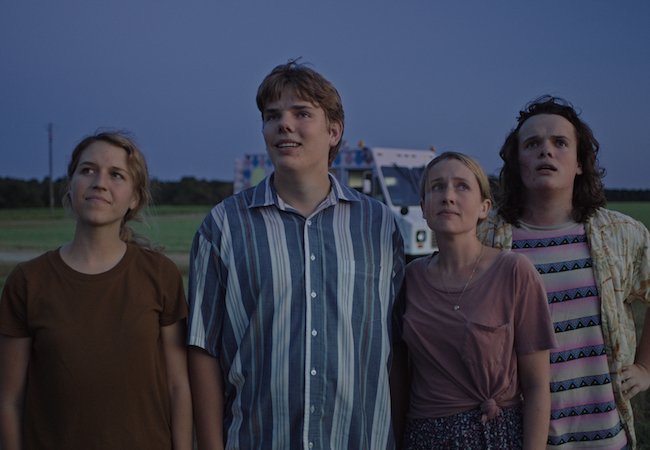 Megan Petersen and Hannah Black are the creators-directors-producers of Drought, which was just released on Prime Video. Black wrote the script, and she and Petersen also act in the film. Drought is set in a small, southern, drought-ridden town in 1993, where Sam (Black) tries to find a better life for her brother Carl (Owen Scheid) who is on the autism spectrum and fascinated by weather. She decides to steal their mother’s ice-cream truck and chase a storm. Here are Petersen and Black describing some of the challenges they faced and overcame on the film.
On the surface, it may appear that our North Carolina-based film had everything going in its favor: We have Mark and Jay Duplass on as executive producers, for crying out loud. But when gearing up for production, we had a couple of assumed challenges, and then real challenges, that we never anticipated. We’ll give you our top three of each. 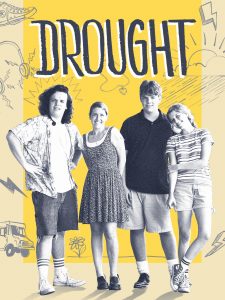 Assumed Challenge No. 1: Finding a stellar team outside major film markets will be tricky.

FALSE! We are proof it’s possible to make a movie where you live, and that it can even an advantage. After searching nationwide for both cast and crew, we teamed up with two incredible production companies in our town, Lighthouse Films and Brightermoon Entertainment. They led us to an extremely talented 11-person crew, many of whom were stepping into multiple roles they’d never done before. The cast was also all local to our town.
This was not because of budget or compromise. North Carolina breeds some talented, hardworking, and kind individuals and making this film was proof. Speaking of amazing local talent…

Assumed Challenge No. 2: Casting an actor on the autism spectrum will be hard.
Not a challenge! Period. End of story. Anyone telling you different is lying or to put it quite bluntly… they didn’t even try. If there was anything challenging about casting the role of Carl authentically, it was that there were so many talented autistic actors that we had more choices than we knew what to do with.

Assumed Challenge No. 3: You can’t create a convincing period piece on a micro budget.

Sleepy southern towns are stuck in time y’all! A grocery with manual registers, check. An ice cream truck from the early ’90s, check. What made it all convincing was our Art Dept, Set Decorator, Props, and Editor, Parrish Stikeleather, a talented director and writer who happens to also be good at everything. His eye for detail and complete understanding of the script made Drought seem perfectly ’90s in the South. What else does the South bring? Summer heat. Yes, heat is tough. Especially when it is 105 degrees and nine people are filming in an old ice cream truck with no air conditioning. However, it added to the authenticity and gave it the real southern summer feeling we were wanting.
Well. With all these assumed challenges proving less difficult than we expected, the rest must have been really easy, yeah?
Cue the real challenges! 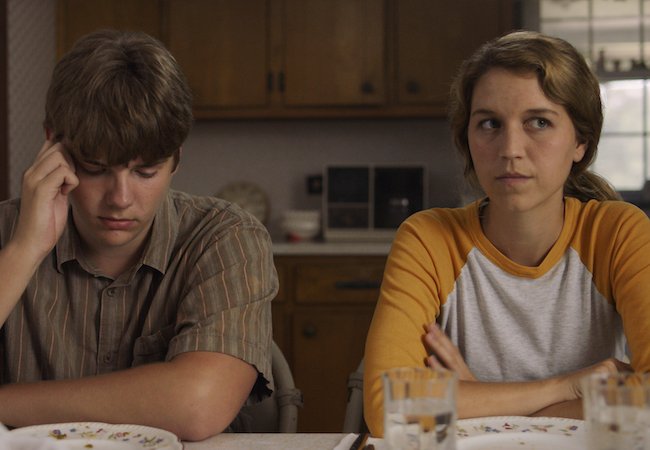 Owen Scheid and Hannah Black in Drought, a film by Black and Megan Petersen.

Real Challenge No. 1: Wearing a lot, like a lot, a lot, of hats on our first feature.

How does one act in an important emotional scene while seeing the grip truck stuck in sand or knowing a real storm is headed your way? To be honest, we look back and don’t know how our brains didn’t explode. A particular challenge was acting in scenes while pushing aside all other tasks that needed to be taken care of. We learned that it all comes down to trust. But how do you get trust? Well, you put together an amazing team. It was important not only for us as actors, but also directors, to trust in our team so we could be present in each scene. When you have an amazing team (see Assumed Challenge No. 1), this real challenge becomes much easier to handle.

Real Challenge No. 2: Life goes on. So does death.

Spoiler alert: The world continues spinning when you are shooting your movie. Who knew?! This means that things can happen. Like, really serious, Debbie Downer, soul crushing shit. There is no sugar coating this challenge. On Day 6 of production, Megan got the worst call anyone can get, receiving the news that her mother had passed away. We could get into the really tough decisions Megan had to make (trust us, you can’t even imagine) or the difficult calls that Hannah had to decipher making while wanting to be there for her best friend, but that could be a whole story of its own. The reality is, it was hard. Maybe the hardest moment during the making of this whole movie. Enter our perfectly wonderful and empathetic crew to save the day again. Their support, kindness, and belief in the movie kept the train rolling. Megan took time away while the rest of the team kept moving. When she came back to set, everyone was there with open arms and kept a keen watch on her through the rest of the shoot. In turn, she showed strength and grace that was out of this world. That was the day we all became family.

Just when we thought we’d made it through the hardest thing a production could handle, a big, fat category 4 hurricane was headed straight for our town. One of the hardest challenges in any step of filmmaking is losing momentum. We were 12 days into an 18-day shoot and had to make the gut-wrenching call to stop production. The hurricane had a devastating hit on our town and surrounding areas. We were not sure if our locations were even still standing after the storm. The big lingering question mark was, were we going to finish this movie? Since you’re reading this, the answer is “Yes,” but at the time, we truly did not know what the future would hold. After a scene rewrite, cast and crew scheduling Tetris, and a two-month pause, our team came back together to finish out the movie in 44 degree weather; a vast difference from 105. But we did it! Once again, this rockstar cast and crew from NC prevailed!
At this point, we had a movie! A real life movie! We entered into festivals and…we got in!!! They were traveling us out to these festivals?! They were booking us hotels and throwing us parties and networking events and connecting us to audiences!!! We had arrived to the indie filmmaker’s big time!!!! Then…

The difference here is we all went through this one together. Our sold out World Premiere at our home state RiverRun International Film Festival was cancelled and our festival run was looking quite different than we expected. However, we learned about digital marketing, networking with filmmakers across the country thanks to Zoom, and felt close to the amazing festival professionals, since we all had to work together to make it a success.

Maybe the coolest thing that happened was having our film play at the drive-in at our hometown festival, Cucalorus. Our cast & crew and folks from our amazing community filled every parking lot space in Wilmington, North Carolina, and there, we finally got to see our work on the big screen. All the challenges faded away as the car horns started honking with the roll of the credits. A moment we will never forget.

While this may seem like a cautionary tale of why to never make a movie, it is in fact the opposite. It’s why you can and should make your film despite any curveball thrown your way. The theme of our film’s story is that “there is no such thing as normal.” We guess you could say it also applies to the making of this movie, and all movies really. Normal doesn’t exist. There isn’t one path to take. So, if you have a story, please tell it. Find your path, gather your team, keep pressing through, and, as cheesy as it sounds, don’t give up, even when it gets really hard. The world needs to hear your voice too.

Concrete Cowboy Put a Horse Inside a House — Here's How They Did It
Who Is Richard Abath, Security Guard During Isabella Stewart Gardner Museum Heist?