What Lies Below: 8 Red Flags That Pointed to Stepdad’s Abuse — Before the Lizard Stuff 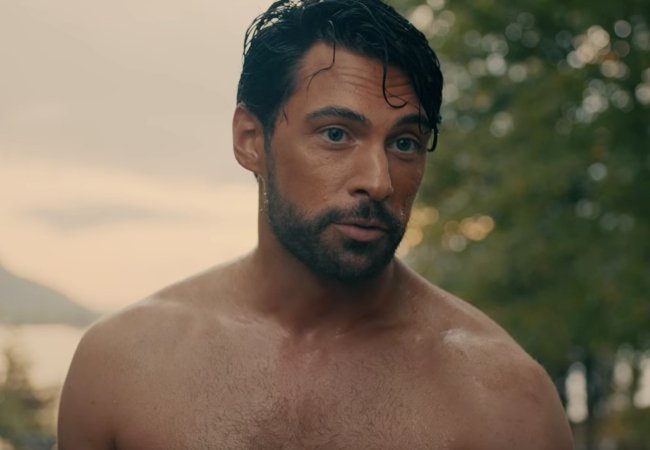 What Lies Below is a horror-thriller about a girl who comes home from summer camp to discover that her mother is engaged to a terrifying lizard-creature disguised as a human man. But for the first hour or so, before the true science-fiction elements are revealed — like, you know, he has webbed feet and scales — the movie might as well have been a cautionary tale about abuse.

Here are eight situations where the stepdad character, John Smith, (Trey Tucker, The Outpost) displayed signs of emotional and physical abuse towards Liberty “Libby” Wells (Ema Horvath, Don’t Look Deeper) and her mother, Michelle Wells (Mena Suvari, American Beauty), and how you can spot these tactics in real life. To be clear, the movie is completely fictional and the actions of the characters do not reflect those of the actors who play them. (Warning — spoilers follow for the movie).

Remember at the beginning of the movie when John seemed like the “perfect man”? He was constantly hugging, kissing, and being overly affectionate with Michelle, all while assuring Libby that he loved her mother “very, very much.” Their relationship progressed to an engagement after only a few months, and he showered both women with gifts — a watch for Michelle, a bracelet for Libby.

That’s an example of love-bombing, and according to Psychology Today, it’s been used as a manipulation tactic by cult leaders like Charles Manson and David Koresh. The site defines love-bombing as when an abuser shows the victim big displays of affection in order to gain trust and make the person more likely to forgive and rationalize bad behavior in the future.

Consider Libby’s revolting encounter with John in the boat. More on that later — but afterward, notice that he left another present outside of her bedroom door with a note begging her to “please forgive.”

“Love bombing works because humans have a natural need to feel good about who we are, and often we can’t fill this need on our own,” notes Psychology Today. 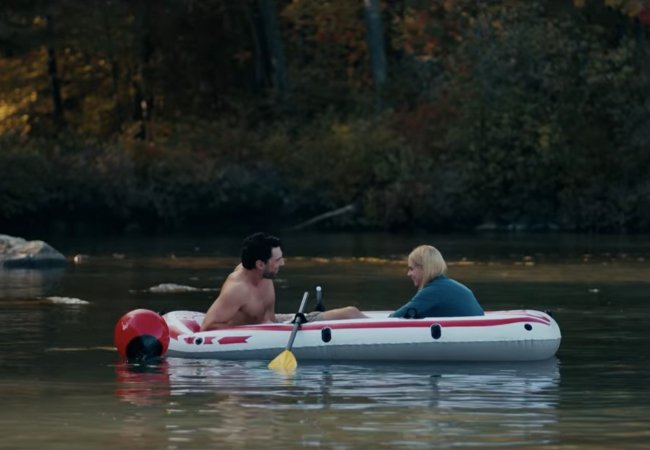 It also works to manipulate people with low self-esteem and a history of trauma around feelings of unworthiness. Remember the scene when Michelle confides in Libby that she never felt loved by her father? Yeah, John definitely exploited that.

“Sometimes the reason is situational, brought on by an event, like divorce or job loss. Other times, it’s more constant and traces back to our childhood,” the outlet adds. “Whatever the source, love bombers are experts at detecting low self-esteem and exploiting it. ”

Enmeshment, also known as “parentification” or “covert incest,” is a relationship between a parent and child that is “too close for comfort,” according to The Mighty, a digital health community that connects people facing challenges and disabilities. In this situation, “boundaries are blurred and the child can end up feeling less like a child and more like a romantic partner.” Sounds a lot like when John would repeatedly find excuses to touch Libby, be alone with her, and talk to her as if they were both adults rather than a step-parent and a child.

3. Getting too close, too fast

Just as John love-bombed Michelle into trusting her after only a short time, he also used a similar manipulation tactic on Libby. According to Healthline, emotional manipulators will “share their darkest secrets and vulnerabilities” in order to gain the trust of their victims. John did this when he confided in her that he feels like “everything that I have done since you got here has been an absolute catastrophe,” and that “I just fuck everything up.”

This is also a way for abusers to get sympathy and encourage their victims to comfort them. According to Psychology Today, abusers are often insecure, hypersensitive, and tend to blame their behavior on others. John also uses the tactic of oversharing to create false trust when he laments to Libby that he “doesn’t want to cause a rift” between her and her mother and dramatically vows to pack up his things and leave — effectively guilt-tripping her into reassuring him that he should stay in order to avoid hurting his feelings. 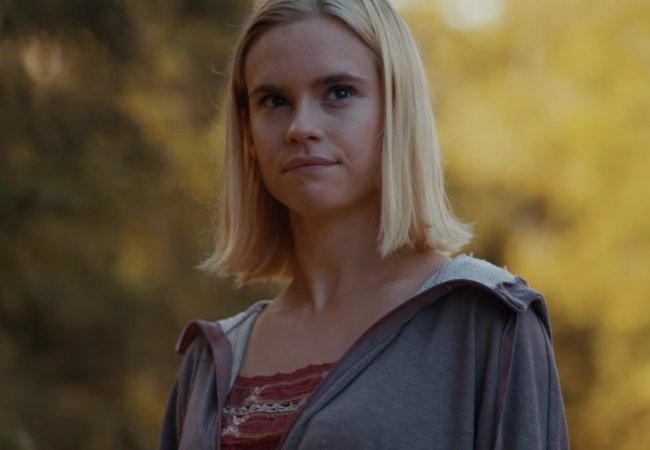 Enmeshment, love-bombing, and getting too close, too fast are all examples of grooming, which the Rape, Abuse & Incest National Network (RAINN) defines as “manipulative behaviors that the abuser uses to gain access to a potential victim, coerce them to agree to the abuse, and reduce the risk of being caught.” Another way John groomed both women was by keeping secrets with them as a way of building their trust. With Michelle, he had their secret engagement. With Libby, he assured her that he wouldn’t tell her mother that she was hoping to go to college out of state. John also employed the classic grooming tactic of attempting to normalize his inappropriate behavior with Libby by chalking it up to interest in “science.”

5. Over-the-Top Interest in a Child’s Development

Okay, back to that horrible boat scene. John lures Libby onto the boat with the promise that she can help him capture wildlife for a science experiment — but when she unexpectedly starts her period, he grabs her inappropriately. He then tries to normalize the behavior, assuring her that her bleeding is “normal” and that he doesn’t mind, which he attempts to prove in a horribly twisted way by licking her blood off of his fingers. That scene is immediately followed by one in which he sneaks into the bathroom while she’s showering and smells her bloody clothes. According to Parents Protect, an organization that seeks to prevent child sexual abuse, an adult being “overly interested in the sexual development of a child or teenager” is one of several red flags of child abusers. Other red flags, all of which John exemplified, include frequently walking in on children or teens in the bathroom, insisting on physical affection even when the child doesn’t want it, and insisting on alone time with the child.

Also Read: This Is a Robbery: What to Know About Self-Professed Art Thief Myles Connor Jr.

The Mighty also describes denying a child privacy as a type of abuse. “Not allowing a child to have age-appropriate privacy may impact their ability to trust others, maintain their own boundaries and respect the boundaries of others,” according to the site. The shower scene is an example of this type of abuse — John repeatedly knocks on the door while Libby is showering and enters without her permission — as is the scene when he stands in her bedroom doorway and watches her sleep. Later on in the movie, as the abuse escalates, Libby ties a cloth around her doorknob so she can make sure he didn’t come in while she was sleeping, which fits with The Mighty‘s description of “paranoia” as a result of abuse through lack of privacy. 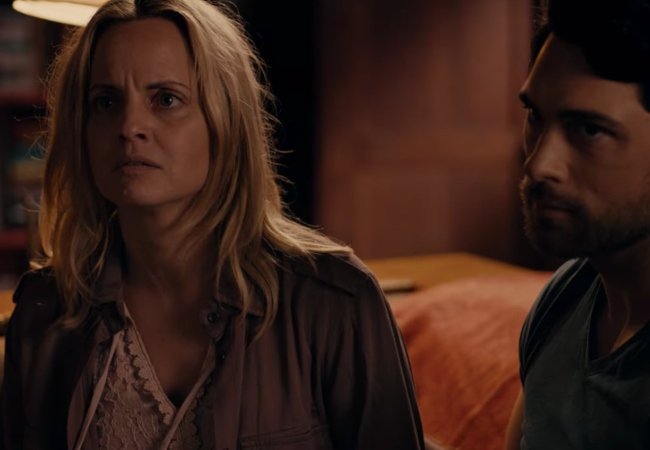 Psychology Today also notes that abusers are often possessive and will try to isolate their victims from friends and family. John played out this tactic by keeping Michelle’s bedroom door locked so Libby couldn’t speak to her mother, and then insisting on staying in the room to “take care of” Michelle while she was sick, not allowing the two women to be alone together. John also jams the cell signal at the house, making it impossible for Libby to call for help.

“Gaslighting is a form of psychological abuse where a person or group makes someone question their sanity, perception of reality, or memories. People experiencing gaslighting often feel confused, anxious, and unable to trust themselves,” according to Medical News Today.

John employs gaslighting in a sneaky way by pitting Michelle and Libby against each other. First, he tells Michelle about Libby wanting to go to a far-away college. That angers Michelle, so that when Libby tries to tell her that John touched her inappropriately, Michelle doesn’t believe her and insists that she’s making it up. That’s gaslighting on Michelle’s part — but it was John’s love-bombing and exploitation of Michelle’s insecurity that made her want to be loyal to him at all costs.

If you are experiencing abuse and are in immediate danger, dial 911 or your local emergency hotline for assistance. If you need someone to talk to or confide in about an abusive situation, call the 24/7 National Domestic Abuse Hotline at 800-799-7233.