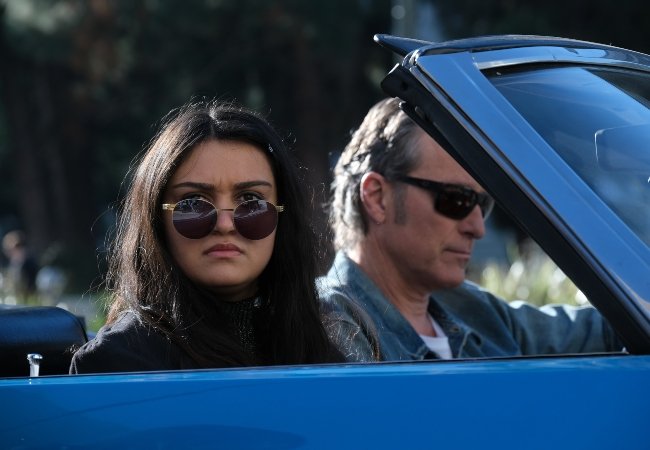 Ariela Barer stars in Krista Vernoff’s new ABC legal drama Rebel as Ziggy, the feisty teenage daughter of Katey Sagal’s Annie “Rebel” Bello, inspired by the famed activist Erin Brockovich.
For Barer, working on the show — which counts Brockovich herself as one of its executive producers — has allowed her to get back in touch with her activist roots.  She hopes it will inspire others to get more involved in activism, too.
“Erin Brockovich, of course, is someone I’ve always admired,” Barer told MovieMaker. “I think it’s very much in line with the type of social activism that I love and agree with.”
Also Read: ‘Why Is Armie Trending?’: Crisis Director Details the Film’s Armie Hammer Crisis
“She’s just such a fighter for people, and [the show is] so about community organizing to just better the conditions of everyday people,” she added. “I hope that the show also reaches an audience of people that maybe didn’t realize that there was work that they could do.”
When it comes to playing Ziggy, some of her research included tapping into her younger self. 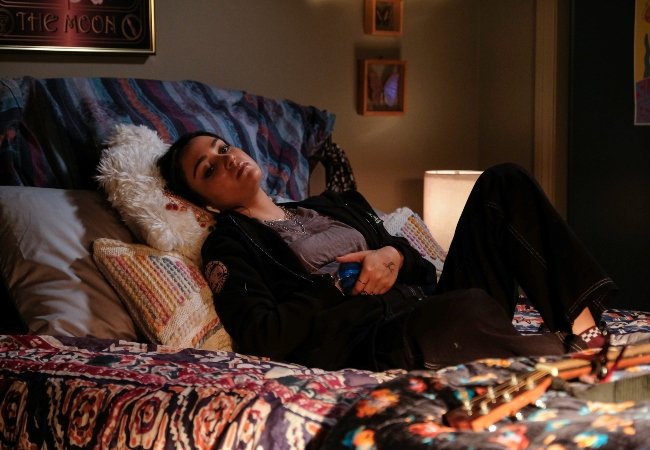 Ariela Barer as Ziggy in Rebel, courtesy of ABC

“Growing up, I went to a lot of climate protests,” she said. “I was on Tumblr, I was a social justice warrior — which, in all fairness, I took a lot of pride in that being my edgy teenage phase.
“I just cared so much about people that I was probably annoying about it,” she joked.
She hopes the the show will ignite a passion among viewers for championing important causes.
“Anyone can do it,” she said. “That’s also a thing that excites me about it — the idea that people who maybe thought that activism was something you had to go to college for, or you had to go about it through really official routes and channels, can realize that they can get involved in the ground levels of these movements and get in touch with community organizers.”
Barer also told us about the serendipitous way that she got involved in Rebel. It has to do with another one of Vernoff’s ABC dramas — Grey’s Anatomy.
Also Read: This Is a Robbery: What to Know About Self-Professed Art Thief Myles Connor Jr.
“It’s actually a really funny story in that I kind of was looking out for it, a lot earlier than just auditions,” she said of Rebel. “My agent saw that this was happening, and he was like, ‘Krista Vernoff, the showrunner of Grey’s Anatomy, is creating a new show and I kind of want you to just meet her.”
She ended up auditioning for and landing a single-episode part on Grey’s.
“I, by pure, luck booked it and meet Krista through that. And then by the time I met Krista for Rebel when I finally met her for l callback, she was like, ‘Wait, you were just on Grey’s Anatomy!’ and that was very convenient and good,” she said. “Krista Vernoff and Katey Sagal and Andy Garcia, John Corbett — everyone involved just  made it such an exciting project from the get-go. And also, Ziggy is such an interesting character… you don’t see a lot for a teenage role to be so complex and empathetic, while also, like, true to the angst that is being a teenager. ”
The series premiere of Rebel airs tonight at 10/9c on ABC. Main Image: Ariela Barer as Ziggy and John Corbett as Grady Bello in Rebel, courtesy of ABC.
Continue Reading
Advertisement
Related Topics:ABC, andy garcia, Ariela Barer, Erin Brockovich, Grey's Anatomy, John Corbett, Katey Sagal, Krista Vernoff, Rebel

This Is a Robbery: What to Know About Self-Professed Art Thief Myles Connor Jr.
How Much of Amazon's Them Is Based on a True Story?