MovieNews: We Are One Surprises; the 8 Words That Inspired Vast of Night; Shane Carruth’s Mysterious Trailer 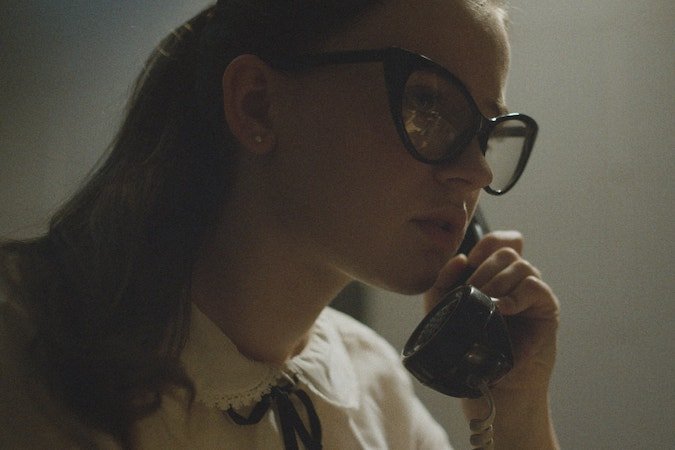 In today’s movie news rundown: The We Are One film festival will bring movie lovers of the world together against COVID-19, and promises a few surprises; the eight words that inspired the new film Vast of Night; and Shane Carruth releases a trailer that may disappear soon.

Vast of Night: The bold UFO drama Vast of Night, from Slamdance darling Andrew Patterson, was born out of eight words: “1950s black and white. New Mexico, UFO landing.” In this piece, Patterson explains the origins of his breakthrough film, which debuts today on Amazon Prime.

We Are One: The 10-day We Are One film festival starts today, and features films assembled by festivals around the world. You can watch for free on YouTube, and donate to COVID-19 relief if you like. Jane Rosenthal, the Tribeca Film Festival co-founder who is coordinating We Are One, promises many surprises you’ll only see if you’re watching. She and her Tribeca co-founder Robert De Niro joined an online press conference about the festival Thursday, and De Niro talked about living through COVID-19 and 9/11 in New York.

The Great Machine Is Stolen, Buried: Shane Carruth is the sick-of-Hollywood auteur behind the cooly haunting Upstream Color. He labored for years to make a film called A Topiary, but couldn’t find studio support. Late last night he posted — for the first time — a conceptual trailer for the film, created nine years ago, that incorporates footage from other films. It’s beautiful. Watch it here, because it may be gone very soon.

Sonic the Hedgehog 2 Is Happening: The Sega-inspired hit is getting a sequel, with Jeff Fowler returning to direct, Variety reports. Fowler talked to the MovieMaker Interviews podcast in February about the possibility of a sequel, and also about bouncing back from disappointment.

Good News Sale: John Krasinski explained his decision to sell his homemade quarantine news show Some Good News to ViacomCBS, saying he never intended to do more than eight episodes and needed a partner to keep it going. Krasinski told his former Office desk neighbor Rainn Wilson on his Instragram Live show that it was “insane” that “one of the biggest news programs in America, CBS News” wants to make the series “part of their permanent news cycle.” It’s also insane that CBS News is firing news staff while paying for a feel-good show devoted to “good news,” given that CBS News could just go out and find its now cheery news stories. (Granted, they’re sometimes harder to find lately.) Anyway, sorry, this is a movie roundup, and we only touched “Some Good News” in the first place because we liked A Quiet Place.

And now, find a quiet place to read yesterday’s movie news, and have a lovely weekend.