The Art of Cherry; One PA’s Story; Armie Hammer ‘Is Not a Cannibal’ 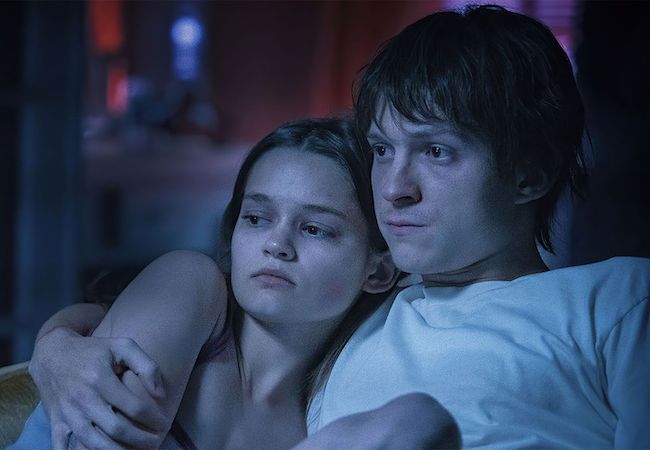 In today’s Movie News Rundown: a former PA has some stories; inside the cinematic sweep of Anthony and Joe Russo’s Cherry; a quick clarification re: Armie Hammer; and an exclusive preview from the handmade horror film Sator.

A PA Speaks Out: Former production assistant Daniel Scarpati has written a book, and don’t worry, he doesn’t burn anybody. Gofers: On the Front Lines of Film and Television is a fun, scrappy, very readable memoir/guide to being a PA, the job that affords many very hardworking people their entry into moviemaking. You can read an excerpt here about an unforgettable industry he sustained over one particularly tough summer in New York. (Does New York do any other kind of summer?)  If you know anyone thinking of trying to break into movies, they will likely appreciate this book. It would also be good for directors and department heads to read it, if only to remember: Everyone on set might write a book someday, so be nice.

The Art of Cherry: One set that seems to have functioned very smoothly? The one for Cherry, the new film by Anthony and Joe Russo in which Tom Holland plays a heartbroken young man who joins the Army, sees horrible pain in Iraq, comes home, becomes addicted to opioids, and starts robbing banks — dragging the love of his life (Ciara Bravo) down with him. Everything in Cherry fills meticulously considered, and the film is in love with the language of cinema. The Russos talked with the artisans who helped create it, from cinematographer Newton Thomas Sigel to the hair and makeup teams (who move seamlessly from depicting ecstatic young lovers to horribly injured soldiers) in a presentation last night. Subscribers to our free newsletter got to see Cherry three weeks early before it arrives on Apple TV+, and to watch the video early as well. For everyone else, enjoy:

More Tom Holland: The actor, currently working on the new Spider-Man movie, told Variety it is “the most ambitious standalone superhero movie ever made.” I hear you — what else is he going to say? But reader, I believe him. He seems so sincere when he says things like, “And I’m just, you know, again, that lucky little shit who happens to be Spider-Man in it.”

More From Variety: Armie Hammer has earned his best press in weeks: A simple declaration in this Variety story that he “is not a cannibal.” It would be better if that sentence in the story used his full name so he could put it on billboards all over Los Angeles (“For Your Consideration: ‘ARMIE HAMMER IS NOT A CANNIBAL’ — Variety“) but it’s a start. The Variety piece by Elizabeth Wagmeister is a clear-eyed look at how he got into this PR mess and whether he can get out. His lawyer says in the story that any sexual things Hammer was involved in were “completely consensual in that they were fully discussed, agreed upon, and mutually participatory.” And would like to stress that they didn’t include cannibalism.

Sator: Finally, here’s an exclusive clip from the deeply unsettling, very low-budget, very bold film from director Jordan Graham, about a family living in the woods under the observation of a demon named Sator. If you didn’t think the original Blair Witch was scary enough, you’ll love this. I’ve never seen a film extract so much menace from a crackly radio and candles. Sator is available Tuesday.

Main image, above: Ciara Bravo and Tom Holland in Cherry.

Sia Apologizes; Inside John and the Hole; Fantastic Beasts Paused
Inside Knives Out; Falcon and the Winter Soldier Trailer; Allen v. Farrow Redux