A PA’s Perspective: When Doing Everything Becomes a Pain in the Butt

Daniel Scarpati is a former production assistant turned video producer and writer. What does a PA do, exactly? In this excerpt from his new book Gofers: On the Front Lines of Film and Television, a memoir and guide to being a PA, Scarpati describes how one of his first jobs led to an actual pain in the butt.

Ever hear of an entry-level job where the office moves daily, co-workers change constantly and responsibilities could range from unclogging a backed-up dressing room toilet to triggering the controlled explosion of a spaceship in a busy New York City park?

Well, it’s a real job, the title of which is production assistant (PA for short). It’s the first one that many people have in the film and television production industry.

Why on earth would someone want this job? Why walk through the finger-numbing cold bringing crewmembers hot food during winter months, or practically pass out from heat exhaustion while standing on a street corner shouting at bogie (someone or something not part of the production) bystanders during the summer?

This job is a strange rite of passage in the make-believe world of film and TV. All who start out as PAs want to grow in their crafts, meet new creative folks and leave a mark as they help tell some great story, even if that means going through the filmmaker equivalent of Marine Corps boot camp.

Take it from me — this business can be a real pain in the butt. 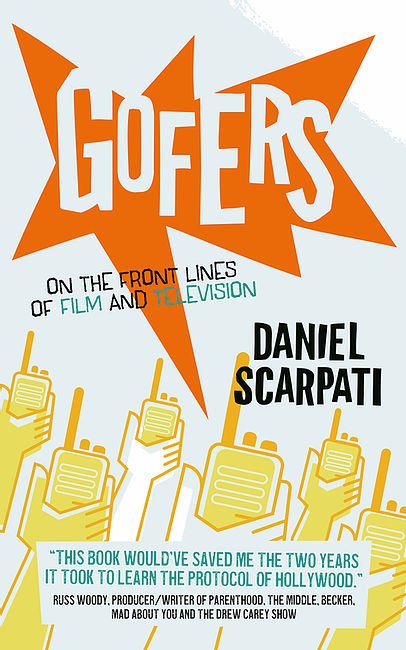 Daniel Scarpati is the author of Gofers: On the Front Lines of Film and Television, which is part memoir and part guide to being a PA (production assistant).

One such time was right around when I graduated from college. A producer I’d met at a networking event told me she was looking for an unpaid summer intern. She would be overseeing a period drama series on a shoestring budget. This meant two things: One, she needed all the help she could get. Two, departments couldn’t be staffed the way they would be on larger productions.

Locations was one of those departments, which only had one manager. Normally, the locations department of a TV show has a manager, assistant manager, multiple scouts and sometimes its own PA. The small show I interned on was nothing like that. I was hired to serve as the unpaid assistant locations manager (a senior-level position).

All summer long, I helped the manager “scout,” or find locations for filming. He didn’t have a car, so he asked me to drive him from spot to spot all over NYC’s five boroughs and outlying counties. Day after day, we would hop in my beat-up car, drive for an hour, hop out, speak with property owners about using a location for filming, hop back in the car, drive another hour, rinse and repeat.

We spent a few weeks doing this until we had signed agreements with enough locations. Once filming began, the locations manager wanted to be on set to address any concerns the property owners or neighbors may have. He tasked me with spending the mornings scouting additional locations that he couldn’t get to himself. Afterwards, I assisted him back on set. My workload doubled, and I began to work fourteen or more hours each day. All morning I would drive to visit a dozen different potential filming spots, then head to set—only to be sent back out on runs for miscellaneous things like garbage bags, folding tables and toiletries. My car was my house that summer.

As the days grew longer, I’d be so tired at wrap that I would pass out as soon as I got home. Still exhausted when my alarm clock went off, I woke up with just enough time to drive myself to work. I skipped breakfast, forgot to change clothes and wasn’t showering nearly enough.

My parents didn’t enjoy seeing me working like this for no pay, but I viewed it as a trial by fire.

The morning after filming wrapped, I was tired, sweaty and felt out of shape. I began my recovery process with a shower, but noticed some blood pooling near the drain where I was standing. Where the heck was I bleeding from?

I’d accidentally cut myself a few times using a knife to open bags of ice for the coolers on set—it had to be one of those wounds. Or maybe it was one of my knee scrapes from falling down on cement in Yonkers. I cleaned them all well and moved onto enjoying whatever summer break I had left.

About a week later I was still seeing blood run down my legs every time I showered. Now I was getting worried because all of my visible wounds had healed. I propped up a hand mirror in the bathroom and started looking in less-visible nooks and crannies. That’s when I saw blood on my back.

More specifically, the lower back.

In my “natal cleft,” my butt crack.

Further inspection revealed a small pea-sized hole in my skin. Maybe it was normal? I didn’t usually look back there, so I didn’t know! After consulting my folks, a trip to the doctor was arranged. 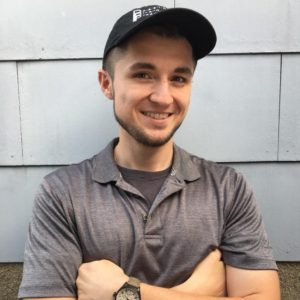 Daniel Scarpati is the author of Gofers: On the Front Lines of Film and Television.

The ride over was riddled with bumps in the road that stung my tailbone like someone was whacking it with a whiffle bat. The doctor took a light-hearted approach to my medical issue by calling it “a pain in the butt.” Then his smile went away and he recommended I see a rectal surgeon.

“Rectal surgeon!?” I spat out defensively. “What for? I don’t need one of those.” But I did, because I had been diagnosed with a pilonidal cyst which needed to be surgically repaired.

“This is the result of dirt and germs building up on your lower back and mixing with an ingrown hair,” the surgeon later explained. “I bet you’ve been sweating a lot this summer.” He also told me this issue was commonly referred to as “jeep cyst,” a phrase used by doctors in WWII. “Soldiers would hop in and out of their army jeeps, and that constant pressure on the buttocks would cause these cysts.”

It all made sense to me now. Those sweaty hours, days, and weeks of hopping in and out of my car had caused this. After all my hard work on this show, I wasn’t paid enough to deal with cyst surgery. In fact, I hadn’t been paid at all!

The most important takeaway from this is to always take care of yourself, because no one else is going to do that for you. Otherwise, you may end up having to shave your “tuckus” for life, which is what I now have to do to prevent future cysts.

This is one of many physical health issues I’ve experienced as a PA, including sleep deprivation, dehydration, poor skin care, flat feet and unhealthy amounts of snacking.

PAs aren’t the only people who are susceptible. Anyone working in a career that involves constant physical labor could experience these problems. Working people seem to push these issues aside as calculated risks. “If you can’t stand the heat, get out of the fire,” as many (perhaps too many) say.

“Gofers: On the Front Lines of Film and Television” is an overview of the hard work and humble lifestyle of some of the most essential people on any motion picture project: the PAs. From working with crews of hundreds in war-like conditions to maintaining a positive mental outlook in the face of stressed-out showrunners, nothing is sugarcoated. This book is for folks who want to work on set just as much as it is for those who hope to hear how some of their favorite movies and TV shows actually get made. If you’re interested in this honest peek behind the curtain, you can purchase a paperback or ebook copy via www.passingplanes.com/book

In the Earth Explores the Power of Myth in the Pandemic
To Create the Dueling Worlds of Bliss, DP Markus Förderer Used Different Lenses and Created a Custom Light Filter