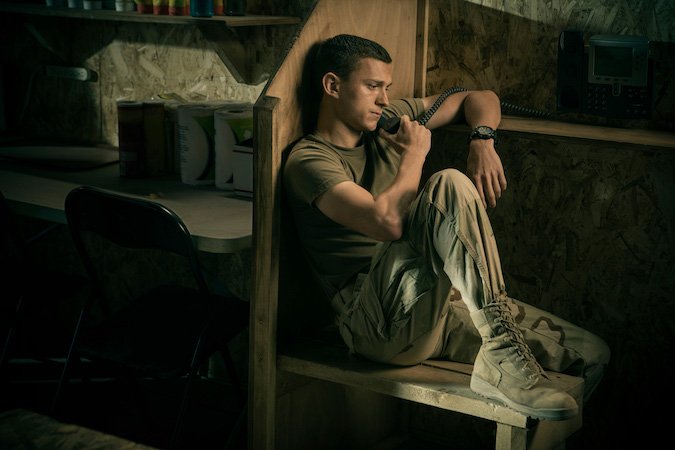 Everything in Cherry is from the point of view of Tom Holland’s titular character, a heartbroken young Cleveland man who goes to war, returns to PTSD and addiction, and becomes a bank robber to fuel his and his wife’s hunger for opioids. The film presents unique challenges and opportunities for all of the artisans involved – from cinematographer Newton Thomas Sigel, who used different aspect ratios depending on how trapped Cherry feels, to costume designer Sara Sensoy, who used Cherry’s colorblindness as a means of expression.

The film is based on the novel by Nico Walker, who, like Cherry directors Anthony and Joe Russo, hails from Cleveland. The Russo brothers put the spotlight on all their departments Thursday in a “Conversations with the Artisans of Cherry” event, which you can watch in its entirety below. Our summary comes after the video. 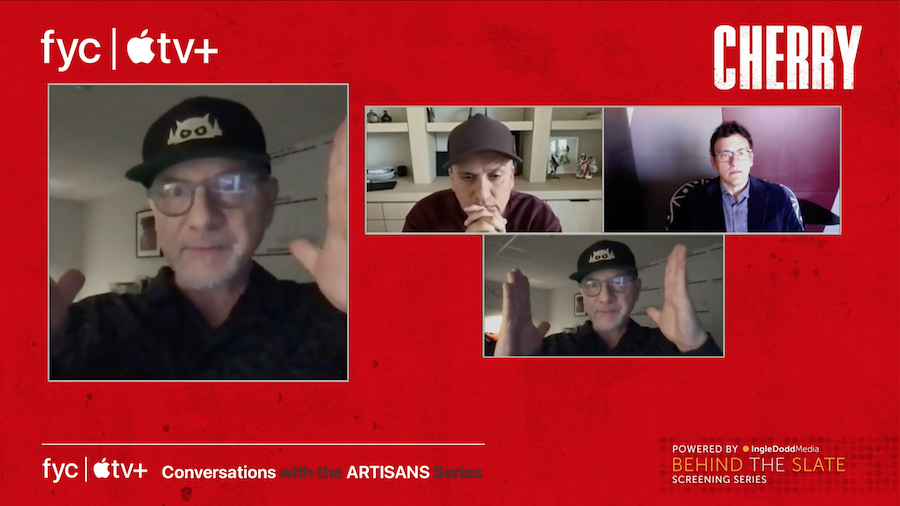 Cherry is broken in six distinct chapters, each with its own distinct visual identity. Although each chapter uses different lenses and distinct visual approaches, it was important to cinematographer Newton Thomas Sigel that the film still play like one cohesive story.

Sigel explained that the aspect ratio goes to 1:66:1 during the boot camp sequence because Cherry “has narrowed his world. He can’t believe he’s stuck in this box. It seems absurd to him.”

Sigel continued. “We chose not only to change the aspect ratio, but to shoot the entire sequence with one particular lens because of the quality of the lens. It’s a very wide lens. It wants to be close to subject. It creates a strange feeling of distortion, that everything around you is heightened and distorted.

Kurzman said the Iraq War segment kept him the most busy, given the many horrific injuries that had to be replicated. The team reiterated a key mantra of Joe and Anthony Russo — everything must be done in service of the characters.

Production designer Philip Ivey explained that he had pre-production “conversations with Joe and Anthony” where they told him, “We don’t want to make another desaturated drug film. We want to be bold and make something different.”

The film’s chapter structure allowed Ivey to use different color schemes throughout. The colors are muted early on, and then when it gets to the film’s “Home Life” and “Dope Life” chapters, they used “punchier color” because they “didn’t want the house to wash out.”

Ivey named Michelangelo Antonioni and specifically Red Desert as a reference point for the Russos.

The boot camp segment shot in Cleveland, and Ivey said he scouted locations with Google Earth. The exterior of the Army base for “Basic” chapter was an old water treatment facility that he discovered scanning Cleveland from above. The interiors were actually a high school that Joe and Anthony’s father attended years ago.

Much of Cherry takes place in Cherry and Emily’s Cleveland house once he returns from Iraq. Angela Russo-Ostot, sister to Joe and Anthony and the film’s co-writer, took the production team to a street in Cleveland where they used to live. Ivey loved the “red cobble” and “almost sculptural” exteriors in this neighborhood. From there the team knocked on doors until they found a resident willing to let them film in the home for a few weeks.

Costume designer Sara Sensoy worked with the Russos on two commercials prior to Cherry. One of the most intriguing aspects of the film, for her, was Cherry’s color blindness. It meant that Sensoy could have fun mixing colors in unusual ways.

Sensoy would also outfit Cherry in relation to his current emotional state. Joe has described Holland’s character as a “poet” and Sensoy reiterated this point. She explained that “he’s a very emotional character,” and said she “wanted to achieve that poetry through his choice of colors but also his textures.” 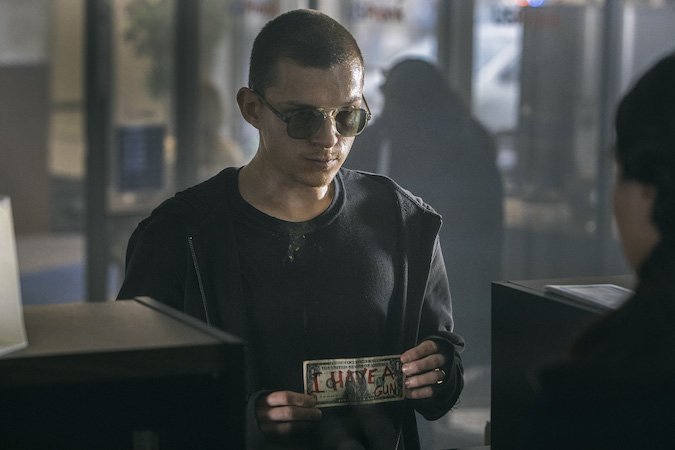 Sound supervisor/re-recording mixer/sound designer Mark Binder, production mixer Pud Cusack, and dialogue supervisor Elliot Hartley also took part in this segment, with Cusack explaining: “The movie has a lot of voice over and the voice over was almost like a whole other character in the movie.” She said they “spent almost half a day in pre-production, pre-recording all of the voiceovers” which gave her and the other sound supervisors a greater sense of how they would play out. 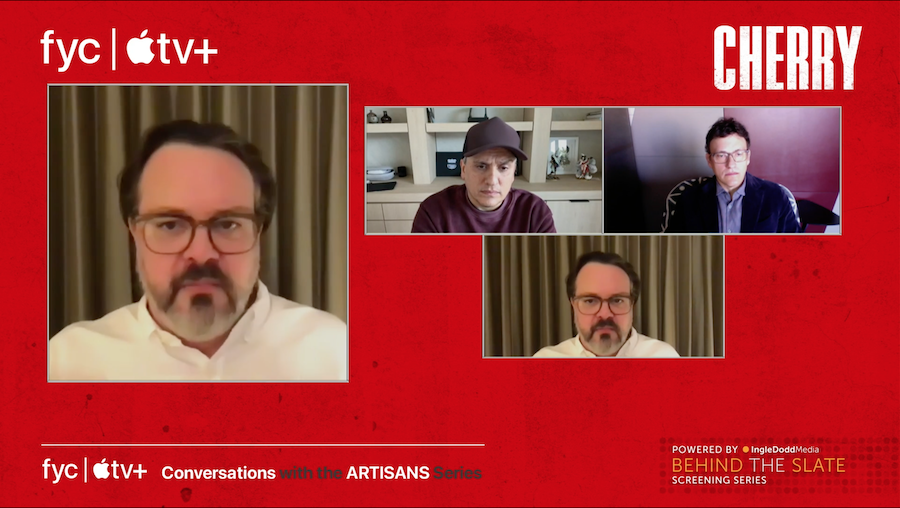 Anthony Russo said the brothers live by an old adage which is that you make a film three times over: when you write, when you shoot it, and lastly when you edit. Cherry editor Jeff Groth worked with the Russos back on NBC’s Community and was nominated for an Academy Award on Joker, and Joe and Anthony were  happy to reunite.

Groth described his editing process: “What I do is I watch everything. I grab pieces that I like from everything — it may be 10 versions of the same line because they’re all good. I grab all those pieces and put them into a jumble and then start to work with that ball of clay and shaping that thing.”

The Russos and screenwriters Russo-Ostot and Jessica Goldberg were intentional that everything be limited to Cherry’s perspective, and this concept extended to how Groth edited the film. He used sound design and other techniques to make clear that certain scenes were in only Cherry’s mind and not objective representations of other characters and moments.

Cherry opens in theaters on February 26, from Apple TV+.

Viggo Mortensen: Things I’ve Learned as a Moviemaker
Did WandaVision Just Borrow a Great Idea From The Flash?