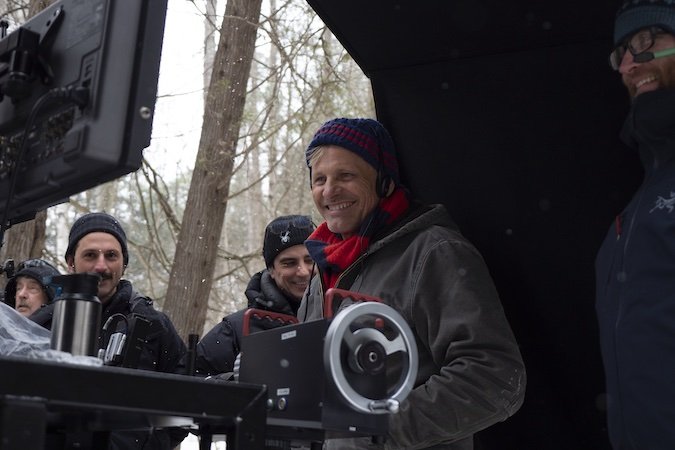 Viggo Mortensen has disappeared into roles as a Russian mobster in Eastern Promises, a Bronx bouncer with a lot to learn in Green Book, and the rightful heir to the throne of Gondor in Lord of the Rings. Now, at the age of 62, he can add the title of director to his impressive list of credits, with Falling.

But Mortensen’s credits don’t stop there for Falling, his directorial debut, in which he plays a middle-aged gay man who must confront his conservative homophobic father (Lance Henriksen), who is struggling with dementia. Mortensen wrote and produced Falling, and composed the film’s soundtrack. If that sounds like a lot, bear in mind that Mortensen moonlights as poet, author, musician, photographer and painter—and speaks seven languages. His Russian proved helpful in Eastern Promises, his second collaboration with director David Cronenberg, who appears in Falling in a small role. Viggo Mortensen spoke with MovieMaker about what he’s learned as an actor, director, producer and plenty more. 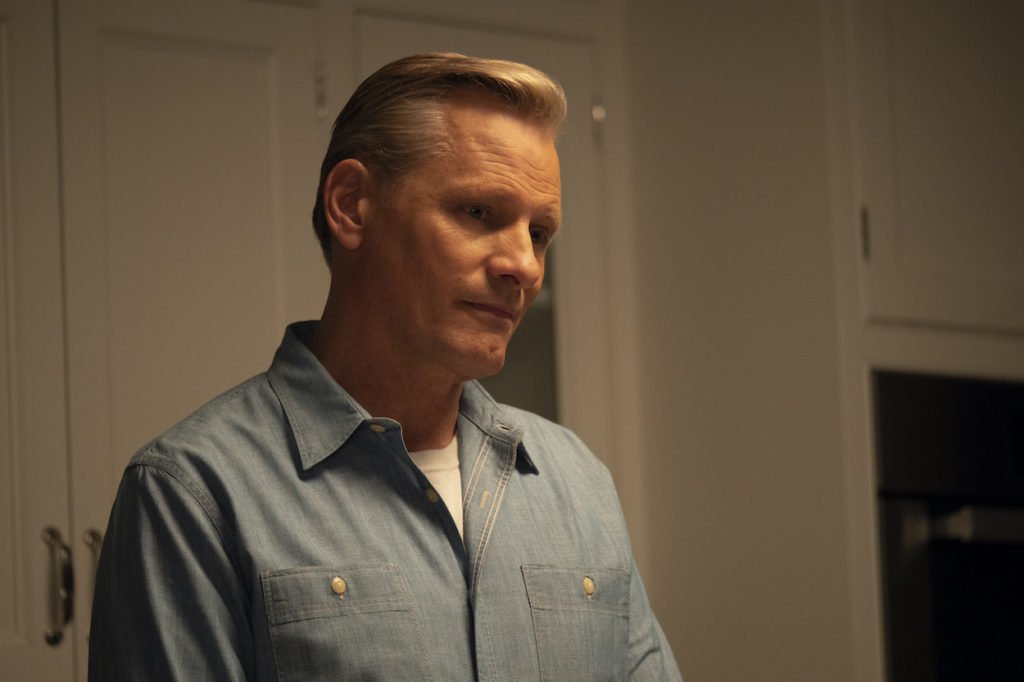 Viggo Mortensen on the set of Falling. Photos by Brendan Adam-Zwelling

1. You can’t possibly prepare too early or too much for a shoot, especially if it’s a tight one, like Falling, which is very ambitious: different time periods, working with kids with their limited hours, winter hours, out in the middle of nowhere, snow — all that.

2. It doesn’t matter how personal a story is, or that you’ve written it and have a very clear idea, or that you’ve prepared every shot — a good idea can come from anywhere at any time, from anyone on your crew and in your cast. Before we did the first shot on the first day, I said to the Falling crew, “Welcome. We’re going to make this movie together, and I’m looking forward to the process. It’s not always going to be easy, but I’d like to do it together. What I’ve learned from the best directors, including your own David Cronenberg — I was in Canada — is that good ideas can come from anywhere at any time, from anybody. So don’t save the good idea about today’s scene for tomorrow. That’s not gonna help, because we’re shooting it today. So speak up. I’m never going to feel like it’s a slight or you’re questioning my authority. I don’t give a shit about that. It can only get better.”

3. The more you’ve prepared, the more you’re relaxed and open. If you’re tense, because you don’t know how we’re going to shoot this scene, you should have already thought of that. You should have an idea, which can then change.

4. If the shooting script is the 20th draft, the shoot itself is the 21st draft, the editing is the 22nd draft, the sound mixing is the 23rd draft, the grading of the picture, color timing, all that is the 24th, 25th draft, and so forth. And as many people as see your movie are subsequent drafts.

5. I don’t like movies where I’m told what to feel and what to think, where everything is underlined. I want to be given enough pieces, and in an interesting enough way, that I start to want to put together other pieces of the puzzle. In the case of Falling, it’s the family dynamic. Why did this happen? Why is the relationship this way between these people? You start getting bits of information. But as I’ve felt each time I watched the movie with a different audience, it’s a different movie. And ideally, what I want is for people to watch the movie and for it to become their movie, as much or more than my movie. That’s the goal.

6. Whereas some people have the mistaken idea that all of Cassavetes’ movies are improvised, they weren’t. Cassavetes was very rigorous with his script. It’s because the actors were rigorous with themselves and the director was rigorous with them. He demanded that it feel real to life — the emotions, responses, reactions, so forth.

7. Don’t interfere with the actors unless absolutely necessary. Trust your casting, trust the audience’s intelligence, trust the actor’s intelligence and contribution. Stay out of the way as much as you can, except for when you really have to step in.

8. The phrase “It’s only a movie,” implies, “Don’t worry about it if it doesn’t work out.” It’s like saying, “It’s only life.” I get what it means, but ideally, it’s not only a movie. That’s certainly not the kind of work I want to do. 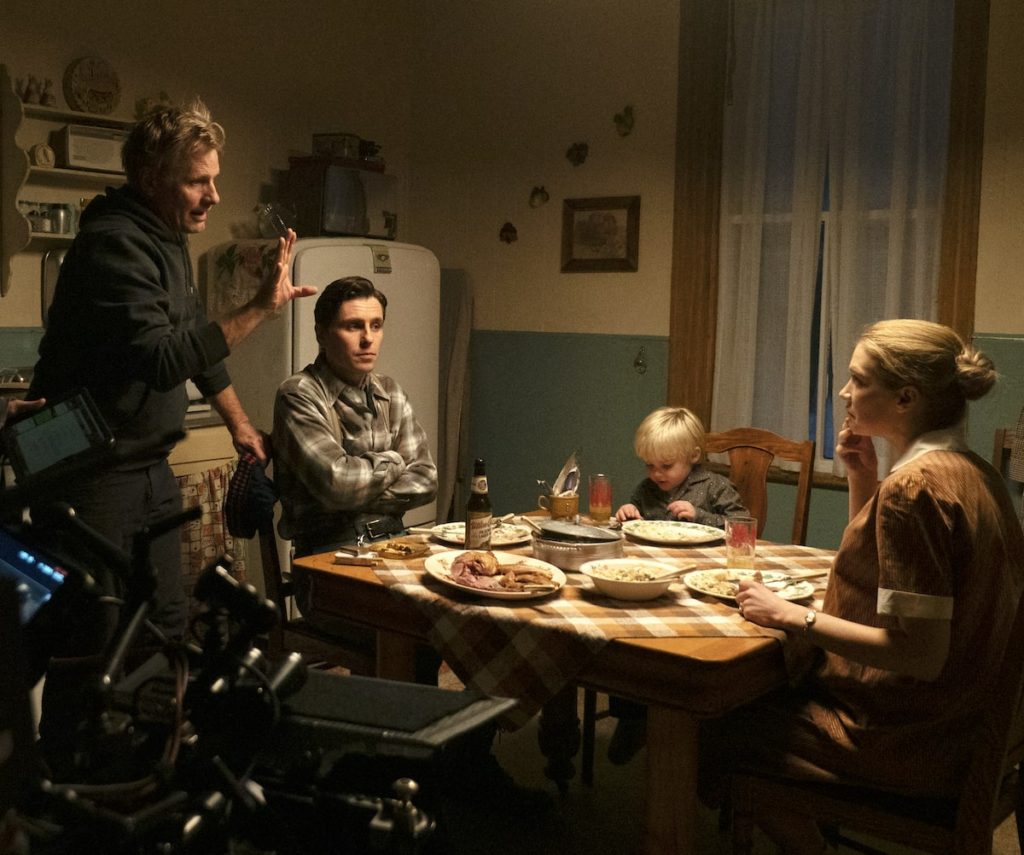 9. It’s great to be a technical wizard, to do nothing but watch movies and know every single thing about how every movie was ever made and every trick in the book — that’s great. But unless it’s leavened heavily with life experience, you’re limited. You’re limited in how you’re going to communicate with your actors and your crew, frankly. I’ve worked with directors and seen directors working who are incredibly gifted, technically. But when it’s not working well — let’s say an actor can’t figure out how to do something, or the crew’s having trouble—then they don’t know how to deal with it — especially with the actors — because they don’t know how to communicate. And that’s tricky. You can never watch too many movies, you can never learn too much technically, but you have to have a life. You have to get out there and see what people do and try other things.

10. It’s not a bad idea for directors to go take some acting classes and feel that terror, that anxiety. Even if it’s a scene-study class, just to have to go up on stage in front of people and feel like an idiot and know what that is — that’s not a bad thing. I’m not saying that actors make better directors than non-actors. On the contrary, I think that’s a fallacy because it depends what kind of actor you are.

But directors — especially those who are trained, who know everything about lenses, cameras, lighting, script-writing theories, and all that — should probably do some acting too, just to feel what it’s like. And get yourself in trouble as an actor, and then see how you figure it out or how someone can help you. Even go on auditions — that’s a horrible thing to have to do. It’s tough, but you develop a thick skin.

But you can’t develop a skin so thick that you’re not open and vulnerable when necessary. So it’s a balancing act. The best thing an actor can be is flexible, because you’re going to run across all kinds of actors, directors, DPs, producers, situations, climates, landscapes.

11. The only hard-and-fast theory I have as an actor — when I get a script and agree to do it — I ask myself what happened before page one to the character I’m going to play. Where were they born, and everything from then to page one, whether it’s a fictional character or a historical one. That opens your mind for anything. The more you prepare, the more you can put that aside and be comfortable when an actor or director throws you a curveball. As an actor, you can adapt as that character, because you know this character from birth in your mind. 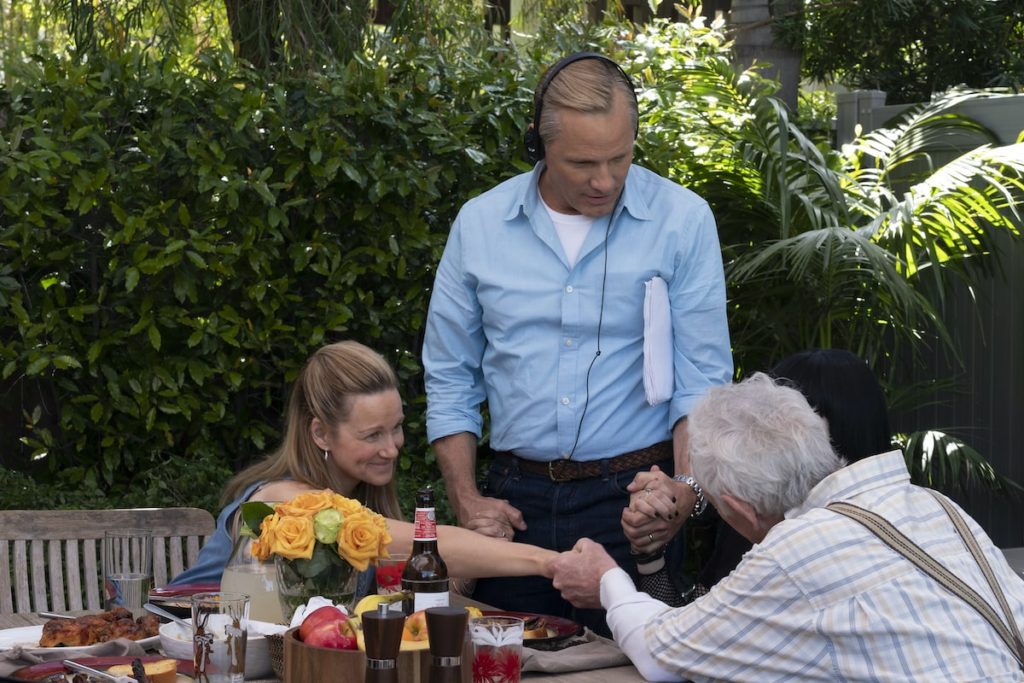 Laura Linney, Viggo Mortensen, and Lance Henriksen on the set of Falling

12. The night before the first day of shooting, I never sleep, and the same was true for me as the director for Falling. I wasn’t more nervous, it was the same kind of feeling and a certain responsibility for this, that we hopefully would become a team, a family.

And I was also worried on a practical level, because we didn’t have any snow. It was the first week of March, and the snow had gone. And then around 10 o’clock that night, it started snowing. So I was going to stay up anyway, I was just watching and seeing if it would accumulate. It piled up, and we shot in the snow the very first morning.

The butterflies don’t go away. It doesn’t mean that you’re not having fun. It’s just that you’re anxious. You want to contribute, you want it to work. You don’t want to make an ass of yourself. It’s healthy. Managing to control them, to be able to relax in spite of the butterflies as a director or an actor, is the key.

Soccer star Leo Messi sometimes pukes before games. It’s just what happens. And then he goes out and you’d think he was just having fun, which he probably is, but it means a lot to him.

13. There’s points during writing at which you get bogged down or you start thinking, “Ugh, I’ve written all these pages, and I don’t know… maybe it’s not that good. It’ll never be good.” Then it’s probably good to step away and do something else: read a book, go for a walk, go see a movie, do something entirely different. Go talk to somebody, go get some exercise. And maybe don’t come back the next day, either. Or if you have two stories, go work on the other one for a while, and completely forget about it — that’s even better. Work on that for a while and then go back days later, or weeks later, and then read it from the start. So what do I have here? And you’ll find something. You’ll go, “Eh, fix that, fix that.” And then you get to the end of the pages so far, and you go, “Eh, it’s promising. It could be all right,” or, “Hmm, I’m not ready to continue. This is depressing.” It’s good to take breaks. Don’t force it. Like anything, it’s not going to be fun and it’s probably not going to be good if you’re forcing it.

14. Find people who are interested in the same things you are, and get together with them. It’s much harder to do everything on your own. I had a lot better time once I had people join me on Falling: Lance first, and Marcel Zyskind, the cinematographer, then Carol Spier, the production designer. Once I had the team, I was like OK, we can do this together.

15. Go find places. Go see plays. To me, theater, poetry readings, and movies are not exactly the same thing, but they come from the same place: storytelling and how do you execute a story. What makes for good storytelling?

Seeing plays and listening to poets or novelists read can help you break a block you’re having as a writer, just like going and seeing a movie and being transported and surprised can. You come out of there not only surprised at where you’re at, but also feeling, “I can’t wait to make a movie. I can’t wait to go back to that script.” And then you’ll hopefully find other people that are like-minded and you’ll think of things to do together eventually.

Let It Rain: How Little Fish Director Chad Hartigan Learned to Embrace Big Moments
How the Artisans of Cherry Told a Sweeping Story From One Man’s POV (Video)