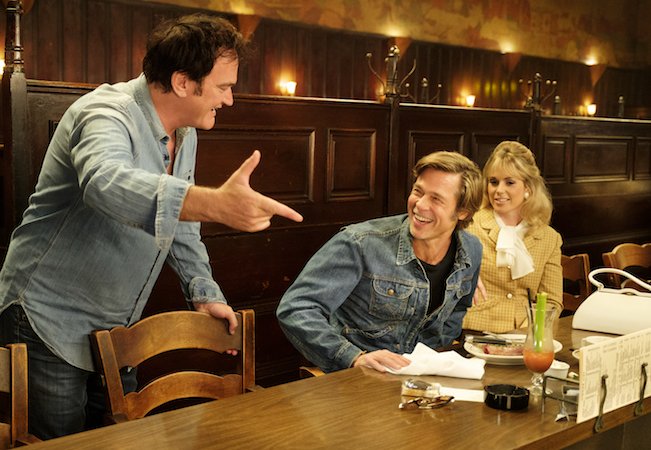 Quentin Tarantino never went to film school. But he has a lot to teach, from the importance of knowing your script, to how to shoot food… to why you need to follow the sun.

Since its momentous release last year, Tarantino’s Once Upon a Time… in Hollywood has done what only great moviemakers’ films can: draw crowds, stir conversation, ignite imaginations. It didn’t win Oscars for Best Picture or Best Director, as many expected, but it did earn Brad Pitt a Best Supporting Actor win. And it will age magnificently.

If he stays true to his vow to make 10 films in all, Tarantino has just one film left on his storied career. Here, Quentin Tarantino offers 10 things he’s learned as a moviemaker.

1. If you’re a writer-director, you have to invest in the concept of being a writer—not just writing something for yourself to direct. You’ve got to commit to the literature of what you’re doing, rather than worry about that finished movie at the end of the road.

2. Work your drama inside of a social ritual that everyone can understand and appreciate—like, say, sitting at a dinner table. It’s a wonderful way to write dialogue and play with tension. If you’ve done your job as a storyteller, your story is leading to that table. You make an unsaid vow to the audience: “Things might be the way they are when these characters sit down, but by the time they stand up, they’re going be different.” And when the scene is over, now we’re in a different movie.

Also Read: Quentin Tarantino on Making Movies, Finding Love, and Once Upon a Time… in Hollywood

3. Make your script really detailed. You don’t know if anyone is going to talk to you about it. If you can make the movie on the page and someone can see it in their brain as they read it, well, then they might give you a chance to do it, because they’re not guessing about it.

4. If you’re self-taught, your script is going to be your guide. I didn’t go to film school. It’s tougher to pick up the technical stuff at the beginning of your career if you’re not coming from that background. On my first couple of movies, I wished I better understood lighting, or the difference between this lens versus that lens. But then I thought, “The cinematographer knows more about cinematography than I do… the editor knows more about editing than I do… but I know more about this script than they do.”

5. Character backstory is important for everyone making the movie to know. It informs you and you actors. But it’s not important for the audience. They don’t care. 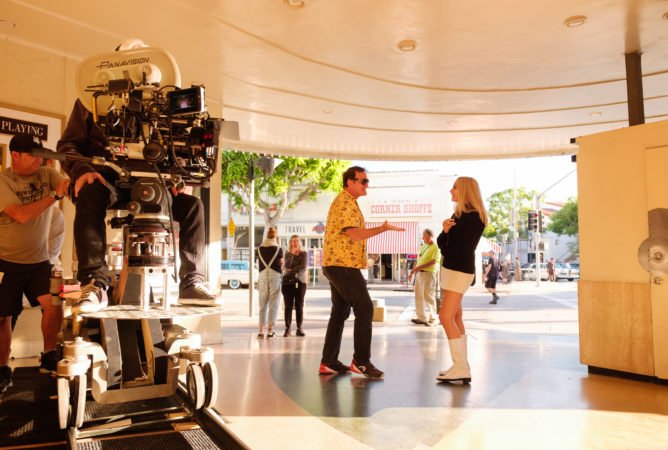 Quentin Tarantino and Margot Robbie on the set of Once Upon a Time… in Hollywood.

6. Get the hardest part of your shoot out of the way as soon as possible. It’ll take you forever, but when you finish, you’ll have a sense of confidence—maybe even hubris—from having done that big sequence first. That will carry you through the rest of the movie.

7. How you’ll want to put a scene together reveals itself to you as you watch your dailies. I always take my notes on the line readings and takes that I like, but when I’m watching my dailies I don’t even want to look at any of my notes that say, “On the day, this was my favorite take.” You just want to have it all affect you.

8. After a certain point and time, I learned that you have to follow the sun through your whole shooting day when you’re outdoors. I used to fight Robert Richardson about that: “I wanna do this first!” Now, that’s ridiculous to say to Bob! Bob will say, “Just allow me. The movie’s gonna look f—– great! But you gotta follow the f—– sun!”

9. When you show food inserts, everything has to be lit just perfectly. When I show people eating and drinking, I want you to want to have what they’re having! When you watch Jackie Brown, I want you to get a screwdriver like Ordell’s drinking through the whole movie. I want you to want a piece of strudel with crème fraîche on it, like Landa’s in Inglourious Basterds. In Pulp Fiction, when we show the insert of the burger being picked up, and that close-up of Sam Jackson taking a bite—it’s a good-lookin’ burger! When I show my food inserts, that’s when I become Adrian Lyne.

10. A film crew is a weird combination of circus performers and the military. It’s a bunch of guys and gals on a mission. You’re assigned a task to accomplish, there’s a military breakdown between the officers and the people working for the officers, and then you swarm the beach. You invade locations, take them over, and for the time being, you make everything run your way. Then, you pack up and you’re gone.

Once Upon a Time… in Hollywood, directed by Quentin Tarantino, is now available on digital. Featured image photograph by Andrew Cooper.