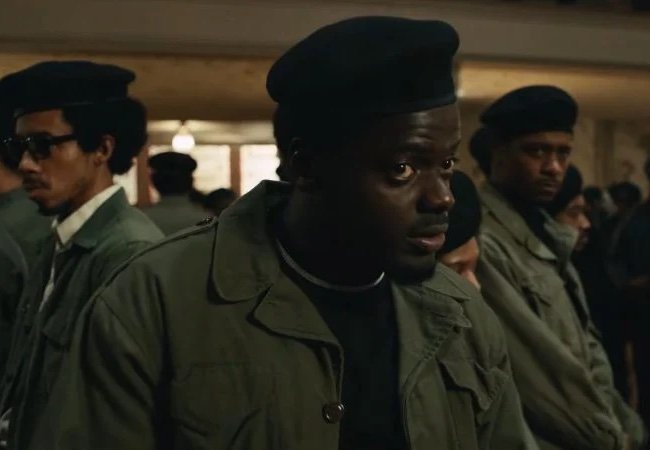 In today’s Movie News Rundown: Likely Oscar contender Judas and the Black Messiah debuts at Sundance just before arriving on HBO Max; Wakanda is getting a TV show; and some vulgar boobarians changed the Hollywood sign.

Judas and the Black Messiah: It’s not often that everyone gets to see a film just 11 days after its Sundance premiere, but that’s happening with Judas and the Black Messiah, which stars Daniel Kaluuya as Black Panthers leader Fred Hampton and LaKeith Stanfield as the small-time con who betrayed him. The film debuted at Sundance last night to overwhelmingly positive reviews and is drawing Oscar buzz for both leads. It arrives Feb. 12 in theaters and on HBO Max.

Palmer: In the new film from Fisher Stevens, ex-con Palmer (Justin Timberlake) returns to his small town and ends up caring for 7-year-old Sam (Ryder Allen), a boy who is bullied for liking princesses, dresses, and dolls. On the new MovieMaker podcast, Stevens says he reached out to Peter Bogdanovich about how he directed young Tatum O’Neal to such a brilliant display of child acting in Paper Moon. You can listen on Apple or Spotify or here:

—How The Eight for Silver uses werewolves as an addiction metaphor

—How the cast of Mass coped with their horrific subject matter, a school shooting

WakandaVision: As part of a new, five-year deal between Disney TV and Ryan Coogler’s Proximity Media, the Black Panther writer-director is developing a Disney+ series based in Black Panther’s homeland of Wakanda, The Hollywood Reporter says. No, there is no indication that it will be called WakandaVision.

TWO Black Panther Projects? Yes, it’s interesting that the news about the Disney+ Black Panther-related project comes on the same day as the Sundance movie about real Black Panther Fred Hampton. But the two projects share a connection: Coogler, who leads Marvel’s Black Panther universe and paid homage to the real Black Panthers in the 2018 film, also produces Judas and the Black Messiah. And of course Kaluuya stars in Messiah and appears in Black Panther.

Hollyboob: Police said they arrested five men and one woman who changed the W and D in the Hollywood sign to Bs to raise awareness for breast cancer. LAPD Capt. Steve Lurie told the Los Angeles Times that a police helicopter tracked the group as they left the scene, and they were subsequently arrested for misdemeanor trespassing. The lesson here: That seems like a serious waste of a helicopter and the LAPD should sell it to raise money for breast-cancer research. Also, KTLA and the Times revealed themselves to be L.A.’s cool, fun news outlets by using “Hollyboob” in their headlines, while the nerds at KABC went with “Six in custody for unauthorized change to Hollywood Sign.”

Speaking of Boobs: This is the first time anyone in Hollywood has changed a D to a B. Wocka wocka!