How Eight for Silver Uses Werewolves as an Addiction Metaphor 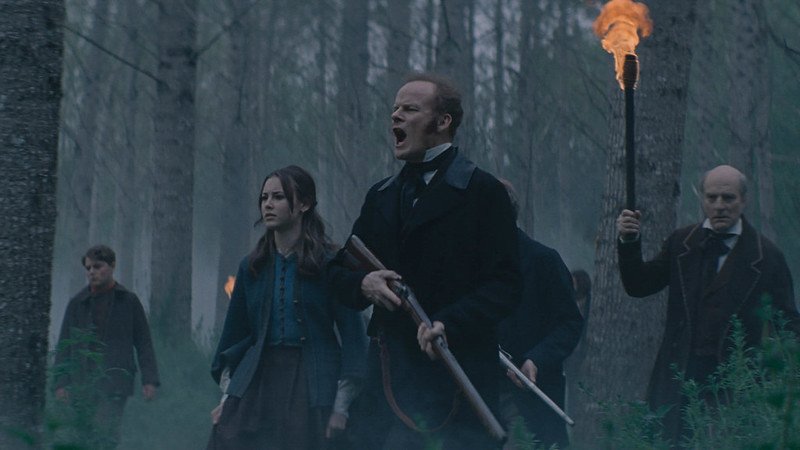 Visually, the monsters at the center of Eight for Silver are not your typical werewolf creatures. Director Sean Ellis was on hand for a Q&A at Sundance after the film’s world premiere this past weekend to explain the design and how he approached his period drama.

“I tried to stay away from thinking I was making a werewolf movie — I thought that was probably a mistake,” Ellis said. “My approach was more about an isolated village that was being plagued by what they thought was a wolf, and there was this secret that was being harbored by their leader. I approached the writing that way, knowing it was a period drama that was going to be set in the late 1880s.”

Approaching the narrative from the viewpoint of the village inhabitants and their secret led him to avoid some cliches a viewer might expect in a werewolf film. 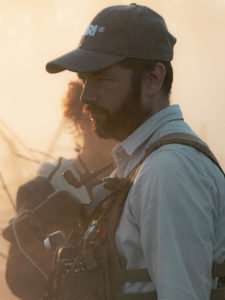 “I was able to find a new approach without going into the old cliche ‘sprouting teeth and growing hair and howling at the moon’ aspect of the werewolf, which I was very keen to try and avoid.”

Early in the screenwriting process, Ellis watched the original The Wolf Man (1941) written by Curt Siodmak. Ellis explains that Siodmak “used the curse of the wolf as a metaphor for being Jewish in Europe in the late ’30s.”

This led Ellis to ponder, “What plagues modern society?,” he said.

“And I started to think about addiction. Whether its addiction to drugs or our phones, I think we’ve all experienced that feeling of being a slave to something,” he said.

Ellis worked with his design team to create a beast that was recognizable as having wolf-like qualities. He told the team, “It would be great if we could design something that was big enough to carry a person, and also something like a wolf, but mix it with a shark.”

Eight for Silver, directed by Sean Ellis, premiered in the Premieres section at Sundance. Sundance Film Festival runs through February 3.

Jockey Director Clint Bentley: ‘No Jockey Wants Their Kid to Be a Jockey’
NFMLA Israeli Cinema Film Festival Focuses on Israeli Identity, in Love and War