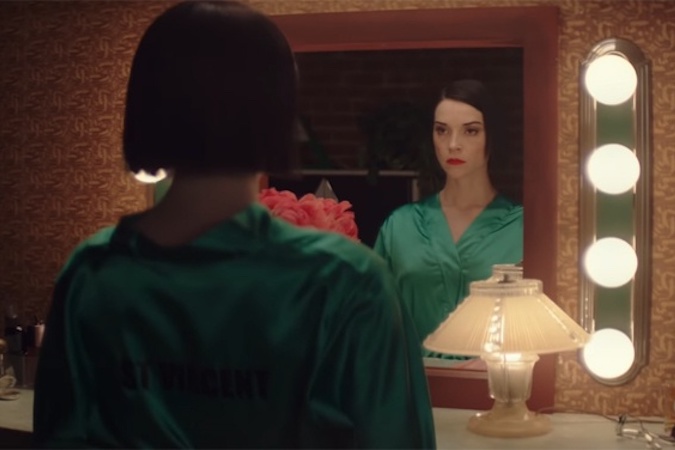 St. Vincent gets fake in the rock star documentary takedown The Nowhere Inn; Justin Chon relocates from Los Angeles to Louisiana for the immigration story Blue Bayou; a Beyond Fest screening is thematically perfect. All in today’s Movie News Rundown.

But First: We’re halfway through September — how’s your screenplay coming? Here’s our list of Screenwriting Competitions to Enter in September, presented by Film Freeway.

But Second: There will be no Rundown tomorrow because I’ll be travelin’.

St. Vincent: The new film The Nowhere Inn is a collaboration between musician St. Vincent (Annie Clark) and Portlandia co-creator Carrie Brownstein that makes fun of all those musican-approved “documentaries” that claim to shed light on this inner life of Taylor Swift or Justin Bieber or whomever. The Nowhere Inn is about the “ego purgatory” of celebrities who “surround themselves with people who only tell them yes,” St. Vincent tells Margeaux Sippell.

Blue Bayou: Justin Chon, director of the new film Blue Bayou, talks to Caleb Hammond in this piece about why he left his film-mad hometown of L.A. to shoot in Louisiana. Blue Bayou is the story of a Korean-born adoptee who faces the threat of deportation — even though he has a new young family in America.

Killian and the Comeback Kids and a Comet: Taylor A. Purdee, the writer-director-and-so-much-more of the new musical drama Killian and the Comeback Kids, wrote this fun piece for us about preparing for all kinds of big cinematic challenges — and then facing down real ones like Muzak that won’t stop playing in the background and a key location. Some big cosmic things broke his way, though, as he explains. The film is out tomorrow. Congratulations!

Beyond Brings the Heat: Beyond Fest, one of our 50 Best Genre Festivals in the World, just announced a dynamic lineup that includes the West Coast Premiere of Julia Ducornau’s Palme d’Or Winner Titane. It will have a simultaneous indoor and drive-in screening, which is fun because the film involves a woman’s very unusual relationship with a vehicle. Yes, your car can be your date. Beyond Fest films will also include Blumhouse’s Halloween Kills and The Black Phone, and  Halloween Kills director David Gordon Green and producer Jason Blum will be on hand to discuss the film. There’s also a 50th anniversary screening of A Clockwork Orange and a salute to the great Michael Mann. The festival will be held in Los Angeles from Wednesday, September 29th through Monday, October 11th. Here is a lot of additional detail.

That’s Cool, Where Are You Travelin’? Los Angeles! I’m back and forth between L.A. and Boston a lot, but have actually been away from L.A. for a long time. It will be nice to eat at Plancha Tacos and go to Largo. Also Team MovieMaker is going to go to some magic shows. Fun!

Where Are You Staying? The Nowhere Inn.

St. Vincent Pokes Fun at Her Own Ego in The Nowhere Inn
The Crown Rules the Emmys + Scenes From a Virtual Reality Film Festival