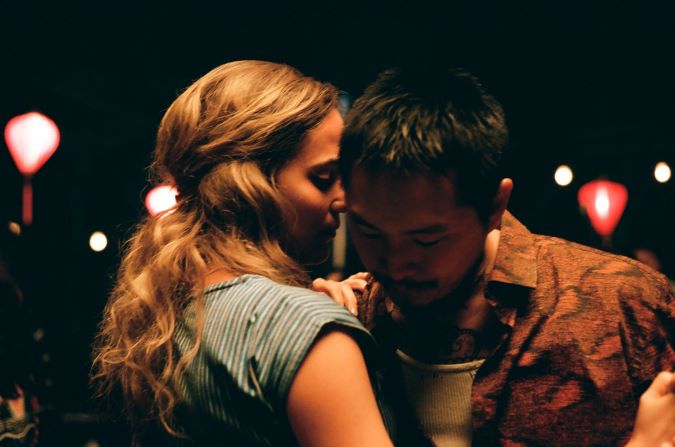 Blue Bayou has Justin Chon leaving L.A. — the city where he was born and where his previous two features, Gook and Ms. Purple take place — for New Orleans.

Chon says that it was never his intention to “only make films in L.A.” But there were certain benefits of making films in his hometown, which also happens to be the film capital of the world.

“As an independent filmmaker, accessibility-wise, making films all at home in Los Angeles, is much more accessible. You can get people together and favors can be had,” he says.

With Blue Bayou, Chon was able to widen his scope for his immigration tale that explores the experience of Korean-American adoptee Antonio, played by Chon.

“I wanted to go to New Orleans, because I felt like the city embodied what Antonio was like as a character — the resilience of New Orleans and also the welcoming nature,” he says.

Every script that writer-director Chon has written has been achieved differently, but there is a similarity between all of them, including Blue Bayou: an adherence to the concept of the “vomit draft.”

“I do believe in the vomit draft,” Chon says. “Just getting something on paper that’s substantial, with a beginning, middle, and end — you just get it out.”

One way this film differed from his others was the level of research during the scripting process. In order to build an authentic portrait of Antonio and his family, Chon spent a lot of time interviewing Asian adoptees from all over the country.

He continues: “But there are common threads of being adopted from another country that I think ring true, generally, no matter where you grew up. Like, not having people that look like you in your family.”

One of the people he spoke to shared an insight that made its way directly into the script.

“An adoptee consultant told me that one of the biggest, most influential moments in her life was when she had her own children,” Chon says. “Because it’s the first time as an adoptee, that you’re holding somebody, or looking at somebody, that’s actually blood related to you.”

“So that’s in the film. When Antonio holds his child for the first time, it’s a very emotional moment, because of the conversation I had with this particular adoptee.”

Blue Bayou, written and directed by Justin Chon, opens in theaters on Friday.

In Listening to Kenny G, a Smooth Jazz Icon Shakes Off the Haters
Killian and the Comeback Kids Director-Star Taylor A. Purdee on Unpredictable Obstacles — and Comets