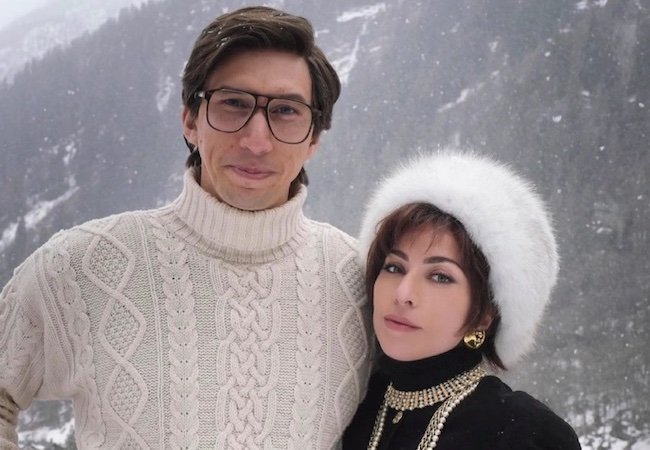 The Guccis have some complaints that will make more people want to see House of Gucci; Tribeca announces its opening film; Mads Mikkelsen joins Indiana Jones 5; Pete Davidson as Joey Ramone. All in today’s Movie News Rundown.
But First: Here’s advice on how to get your movie on Netflix, from someone who did it.
Boom Times: Joe Berlinger is the king of Netflix docs lately, directing both Crime Scene: The Vanishing at the Cecil Hotel, and Conversations with a Killer: The Ted Bundy Tapes. In this piece he details the three revolutions in documentary filmmaking — including the one we’re in right now. His new project, Confronting a Serial Killer, premieres Sunday on Starz.
Pete Davidson: We’re gonna have a really New Yorky newsletter today and I hope everyone’s cool with that. He’ll play Joey Ramone in a new feature called I Slept With Joey Ramone for Netflix. Here are details.
Tribeca Film Festival: And now a special announcement from Lin-Manuel Miranda.

Atención: #InTheHeightsMovie will open the 2021 #TribecaFestival! Thrilled to bring the film to @UnitedPalaceNYC IN Washington Heights for the World Premiere, which will also screen simultaneously at multiple outdoor locations across all five boroughs! Para siempre… pic.twitter.com/EOobFCCPVc

Manhattan: Mariel Hemingway, who played the 17-year-old… something of Woody Allen’s character in Manhattan, has some interesting thoughts on the entire situation that I’m not going to try to summarize because her point seems to be that we need more nuance, and my attempting to condense her thoughts might smash out some of that nuance. You can read Variety‘s whole summary, if you like.
Gucci: The Gucci heirs are worried Ridley Scott’s new movie House of Gucci — about one member of their family killing another — might not be super-sympathetic to everyone involved, The Associated Press reports. Among their very Gucci complaints: Al Pacino is not handsome enough to play family patriarch Aldo Gucci, in the one set photo people have seen so far. Calling “Handsome Al” Pacino unhandsome? Don’t try that in New York, Guccis.
News From That Other City: Could L.A.’s Cinerama Dome be turned into condos? (Please, no.) IndieWire has a good piece on how it was saved the last time it came under threat, in 1998. The story notes that “the Cinerama Dome faced the prospect of an overhaul that would have developed the site, turned the lobby into a restaurant, and added stadium seating. The Los Angeles Conservancy was one of the leaders in a grassroots effort in working with Pacific Theaters and city officials to scale back the plans in favor of one that was more respectful to the dome’s historic status,” which led to the well-regarded ArcLight Hollywood complex. IndieWire also notes that the Cinerama Dome’s status as a Los Angeles Historic-Cultural Monument gives it some special protections, but “does not prevent demolition or alteration.”
Oh Fine, Here’s Something From Greece, Too: Cinematographer Christos Karamanis, who shot the new film Monday, says that when they filmmakers needed a party scene, they just threw an actual party.
Also: Mads Mikkelson is joining the new Indiana Jones movie, alongside Harrison Ford and Phoebe Waller-Bridge. It’s directed by James Mangold, the first director of an Indy movie who is not Steven Spielberg.
Also Also: Just want to point out here that if Indiana Jones was in his 30s in Raiders of the Lost Ark, and given that Harrison Ford is 78 now, the new movie should be set in the 1970s, which would be awesome. Also, it could involve the search for the lost Jimmy Hoffa, played again, of course, by handsome Al Pacino.
Gucci Gucci: Do you ever wonder what Kreayshawn is up to these days? Me too. Have a great weekend.