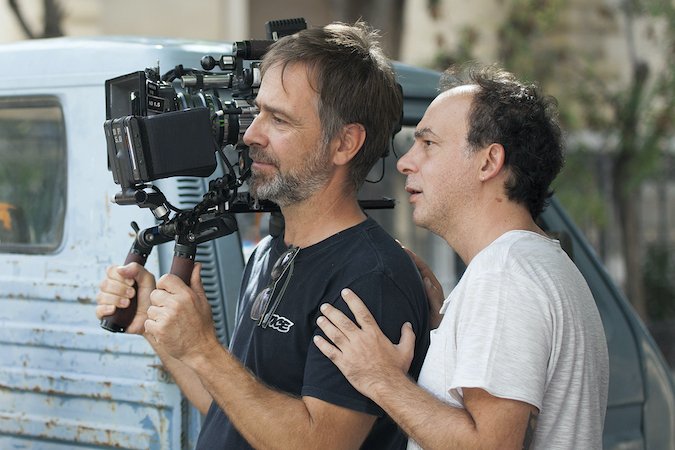 Monday is a love-at-first-sight story that starts in the burning-hot Greek summer, takes us through crazy urban parties, and eventually leads to the cold, gray winter of Athens. All of the conditions make a big emotional reflection on the characters, and director Argyris Papadimitropoulos and I decided on a multilayered palette that could serve all of them, while keeping consistency.

After tons of different tests, we decided to work with the RED EPIC-X DRAGON 6K camera and a set of Cooke Panchro S3 lenses. A combination of a harsh sensor and a set of old optics felt perfect to present the journey from the peaceful sea to the noisy big city, from the steamy summer to the gloomy winter, from the carefree silly times to the bigger decisions and adulthood.

It’s my third film with Argyris and we work as an item. Sometimes we don’t need to say anything, and things just happen, and other times we go through discussions that lead to creative decisions we both love. Argyris wants the camera to be in total sync with the actors, and I love working with actors, too. The challenge is that everything is improvisational, so you need to create an environment that the actors feel safe in, and they forget that there is a camera there capturing their every move, every breath, every tiny expression.

Working with leads Denise Gough and Sebastian Stan was an absolute blast. Both were emotionally available from day one, loved the energy of the city, felt friendly with the crew, and were happy to shoot the party scenes in the unorthodox (or maybe totally orthodox) way me and Argyris love to shoot parties: We throw a real one and we just shoot it. Having gone through the film era, I realized that my tool box has shrunk significantly. That’s not a negative or a positive thing. It’s a new reality that in its own way allows me to move forward in search of new creative paths. 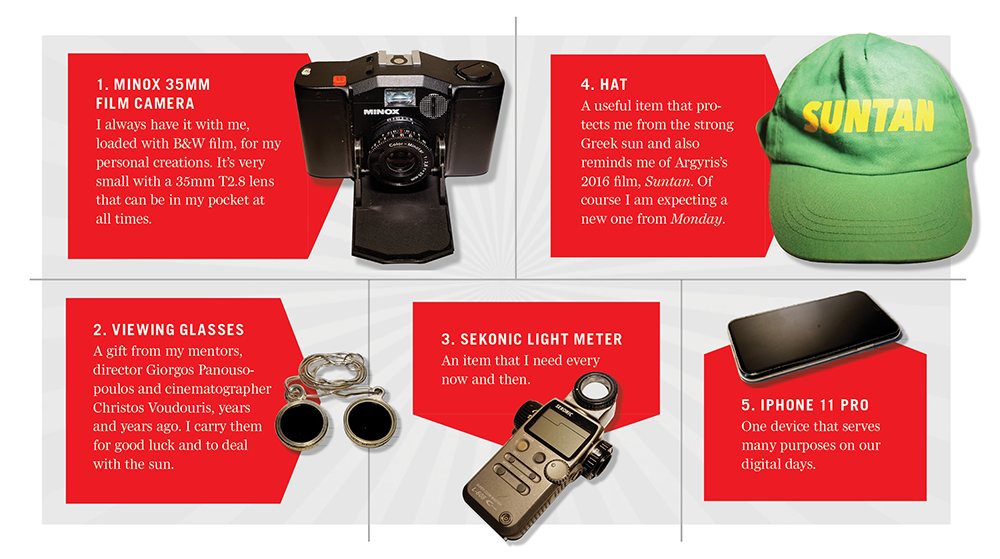 I always have it with me, loaded with B&W film, for my personal creations. It’s very small with a 35mm T2.8 lens that can be in my pocket at all times.

A gift from my mentors, Panousopoulos and cinematographer Christos Voudouris, years and years ago. I carry them for good luck and to deal with the sun.

An item that I need every now and then.

A useful item that protects me from the strong Greek sun and also reminds me of Argyris’s 2016 film, Suntan. Of course I am expecting a new one from Monday.

One device that serves many purposes on our digital days.

Monday opens in theaters and on VOD on Friday, from IFC Films. Main image: Christos Karamanis on the set of Monday. Photo by Despina Spyrou.

The Real Nomadland: Doc Follows Elderly ‘CamperForce’ Living in RVs, Working for Amazon
How to Sell Your Movie to Netflix, According to Someone Who’s Done It