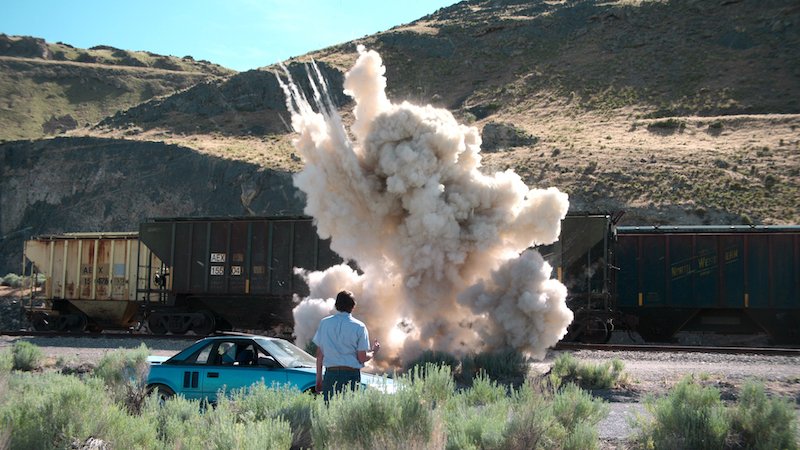 Joe Berlinger probably had a hand in whatever new docuseries you’re binging. He executive produced the new serial-bomber doc Murder Among the Mormons and directed both Crime Scene: The Vanishing at the Cecil Hotel, and Conversations with a Killer: The Ted Bundy Tapes, all for Netflix. His new project is the Starz docuseries Confronting a Serial Killer, which examines why serial killer Sam Little’s crimes went unsolved for decades. Berlinger also made the 2019 feature Extremely Wicked, Shockingly Evil and Vile, which starred Zac Efron as Bundy.

“I’m not the only one who’s busy. Every documentarian is pretty damn busy,” Berlinger says. “When I started in this business, agents in Hollywood wouldn’t return your call. And now I’ve seen it turn into a real mainstream business. You can really make a living doing it. Agents are clamoring to sign documentarians.”

Berlinger may be best known lately for true crime, but it’s a label he doesn’t love. All of his criminal-justice films are about the underlying social issues behind the lurid headlines, he explains—starting with 1992’s Brother’s Keeper, his first collaboration with longtime moviemaking partner Bruce Sinofsky, with whom he made most of his earlier films. Brother’s Keeper examined how big-city stereotyping clouded news coverage of a rural death. Their next collaboration, 1996’s Paradise Lost: The Child Murders at Robin Hood Hills, raised doubt about the guilt of the defendants who later became known as the West Memphis Three. They were eventually freed after 18 years behind bars. (Ultimately, Paradise Lost became a trilogy of films made over two decades.) Breaking from criminal justice, Berlinger and Sinofsky made 2004’s Metallica: Some Kind of Monster, about a crisis within the band that had loaned its music to Paradise Lost. Sinofsky died in 2015.

Berlinger sees a direct link between the current flurry of addictive streaming docuseries and the documentarians of the 1960s. They include Robert Drew—whose 1960 film Primary was a breakthrough for small-crew, intimate, “direct cinema”—and some of his early collaborators at Drew Associates: Albert and David Maysles, who went on to make Salesman, Gimme Shelter and Grey Gardens, and D.A. Pennebaker, whose docs include Don’t Look Back and The War Room.

Here is Berlinger on three revolutions in documentary moviemaking. 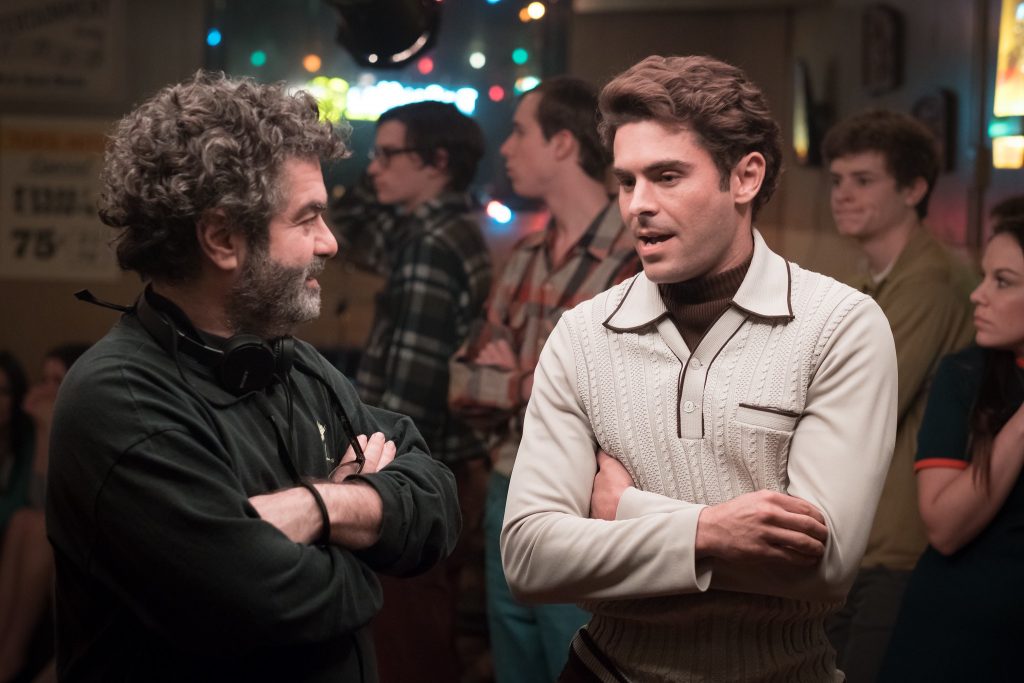 Joe Berlinger and Zac Efron on the set of Extremely Wicked, Shockingly Evil and Vile. Photo by Brian Douglas / Netflix. Main image: Murder Among the Mormons, courtesy of Netflix.

The first big wave was in the early 1960s. The Maysles brothers, Robert Drew, D.A. Pennebaker, Richard Leacock — they invented portable sync sound filming. Which sounds like, “What are
you talking about?” Today we take for granted that you pick up your phone or any camera, and seamlessly you can film anything with both sound and picture in sync.

But prior to the early ’60s, documentary film was really relegated to newsreel footage. You couldn’t get synchronous sound. Something was filmed, but with no sync sound, and then voiceover later would tell you what you were watching. It was impossible to go out into the real world unless you plugged into an electrical source, because film and audio were on two separate machines, unlike with video, and they were not able to play in sync.

You had what was called the Nagra recorder for the audio, and a 16mm or 35mm camera. They could never get into sync until they invented a crystal sync process. The Maysles brothers and Drew and Pennebaker all had a hand in inventing portable sync sound filming.

The invention of that portable sync sound was not only a technological achievement, but also a philosophical achievement. These groundbreaking filmmakers realized that this technology could expand the definition of what a documentary could be … they saw that documentaries could be ambiguous human character stories, not just a report on some battle in World War II. It’s not just reportage. You could follow a story in the present tense, not knowing where it was going to go, and have it be as dramatic as any scripted Hollywood movie, and that it could unfold in the present tense like any great scripted drama.

What resulted were incredible breakthrough films like the Maysles’ Grey Gardens and Salesman, Frederick Wiseman’s Titicut Follies, D.A. Pennebaker’s Don’t Look Back and many other incredible cinéma vérité or “direct cinema” films of the ’60s. The door was kicked open for re-defining nonfiction. 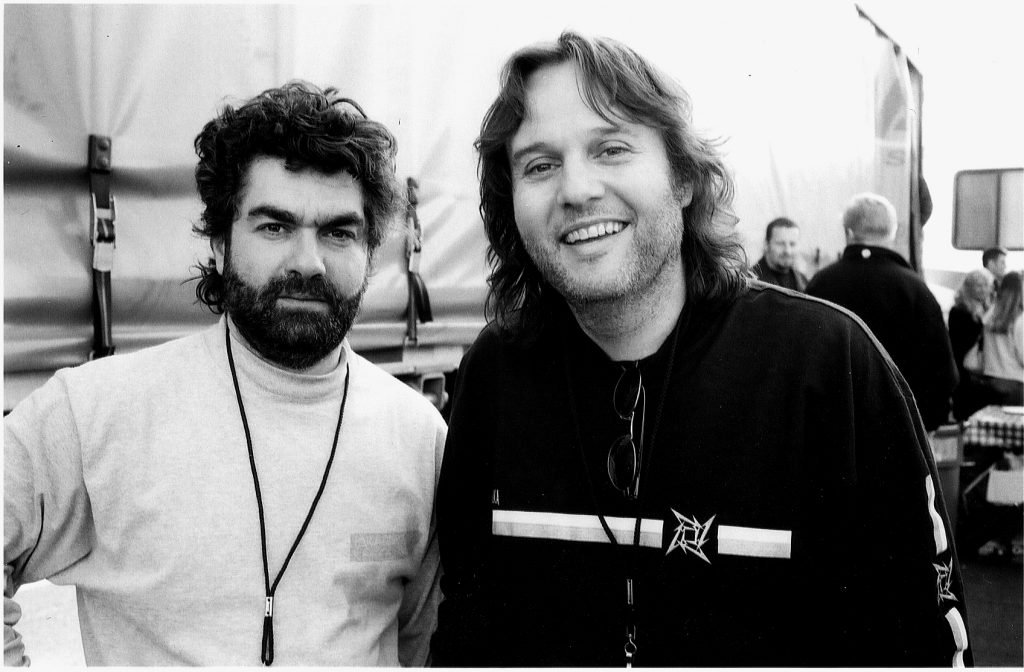 This vérité tradition continued in the 1970s, by all of the 1960s masters, such as the Maylses’ with Gimme Shelter, and newer disciples like Barbara Kopple (Harlan County, USA, released in 1976) and Peter Davis (Hearts and Minds, 1974). But by the ’80s, the public perceived documentaries as unexciting and staid, with most consumers thinking documentaries meant PBS-style talking heads and archival-footage-driven biographical portraits or historical documentaries. Of course, there were still great vérité documentaries being made, but a perception that documentaries were “boring” led to a number of filmmakers in the late ‘80s and early ’90s pushing the form in different ways, and I include myself and Bruce Sinofsky in that second great revolution in documentary.

We were all expanding the definition of what constitutes a documentary, each in our own way. Errol Morris was doing it with 1988’s The Thin Blue Line, in which he was the first to make use of really cinematic re-creations. (Purists will say the first to do re-creations was Robert Flaherty with Nanook of the North in 1922, but generally speaking, Morris was the first.) I was working for the Maysles brothers as a marketing and publicity person, interested in getting into film as a filmmaker, but not quite figuring out how yet. I remember seeing The Thin Blue Line at the Lincoln Plaza cinemas, and it has this beautiful cinematography and it was playing in a movie theater, which was almost unheard of for a documentary. It was like, “I’ve got to get off my ass and go make a film.”

Michael Moore was the first social justice warrior, on-camera ombudsman. And Jennie Livingston with Paris Is Burning was putting people you didn’t normally see on the screen. It’s an incredible movie that expanded the definition of subject matter, as did 1994’s Hoop Dreams, directed by Steve James.

And I think Brother’s Keeper put people on camera you didn’t normally see, but I think our bigger contribution was about style. The Maysles brothers or other cinéma vérité filmmakers would tell you back then there was no such thing as a director — they were capturing objective reality, so there is no need for a director. And I differed with that. We were certainly using their tools to go out into the real world and follow a story as it unfolded. But to me, of course there is a director, because all filmmaking is inherently subjective, from the angle you choose with your camera to the footage you leave on the cutting-room floor. A film is a million subjective decisions. You’re not going for the literal truth about a situation, you’re going for the emotional truth of a situation. For the literal truth of Paradise Lost, for example, you’d have to sit through six weeks of a trial. But the emotional truth is that there was a grave miscarriage of justice based on prejudice.

Joe Berlinger produced and directed Crime Scene: The Vanishing at the Cecil Hotel. Courtesy of Netflix

So why not use some of the tools of the feature filmmaker? Brother’s Keeper has a beautiful original music score. That’s so common now, but at the time, the film was criticized by critics who said it wasn’t journalistic. They also asked how you could have evocative opening-title sequences, which they didn’t consider journalistic because of their subjectivity. Today, opening-title sequences for documentaries are de rigueur.

I think our biggest contribution was understanding the narrative structure of a scripted movie, but applying it to an unscripted movie. Selectively withholding dramatic information until the right moment is not journalistic: It’s storytelling.

Obviously, you still have a responsibility as a journalist, so you can’t put words into people’s mouths and do things that aren’t truthful. But you can unpack the information with a consciousness of the structural rules of classic Aristotelian drama.

With the success of a number of theatrically released documentaries like Brother’s Keeper, The Thin Blue Line, Hoop Dreams and Roger & Me — that was the big one that did huge numbers — all of a sudden, in the mid-’90s, box office started opening up for nonfiction films and networks. Studios and theatrical distributors started treating documentaries with new respect. A few years before, you couldn’t get arrested trying to get a theatrical distributor to release a movie, but by the mid-’90s, theatrically released documentaries were the holy grail. So that was the second big revolution. And documentaries gained in popularity through the mid-2000s at film festivals, in theaters, and on television — as the number of cable networks multiplied.

The moment streamers got into the original content business, most notably Netflix, the sheer volume of documentaries went up tenfold. Every network started getting into the game. And with the streaming revolution came the golden age of the docuseries, a format that was almost unheard of when I began in this business, despite a few early pioneers like An American Family in the ‘70s, and MTV’s The Real World in the ’90s. Streaming was the huge catalyst that accelerated that trend at an infinite level.

The tricky thing for filmmakers is that there are different narrative rules for a three- or four-part series than there are for a 90- or 110-minute feature documentary. They’re just structured differently. For example, with every episode, you’ve got to leave viewers on a cliffhanger so that they come back to the next episode. And that’s a bit of an artificial construct. 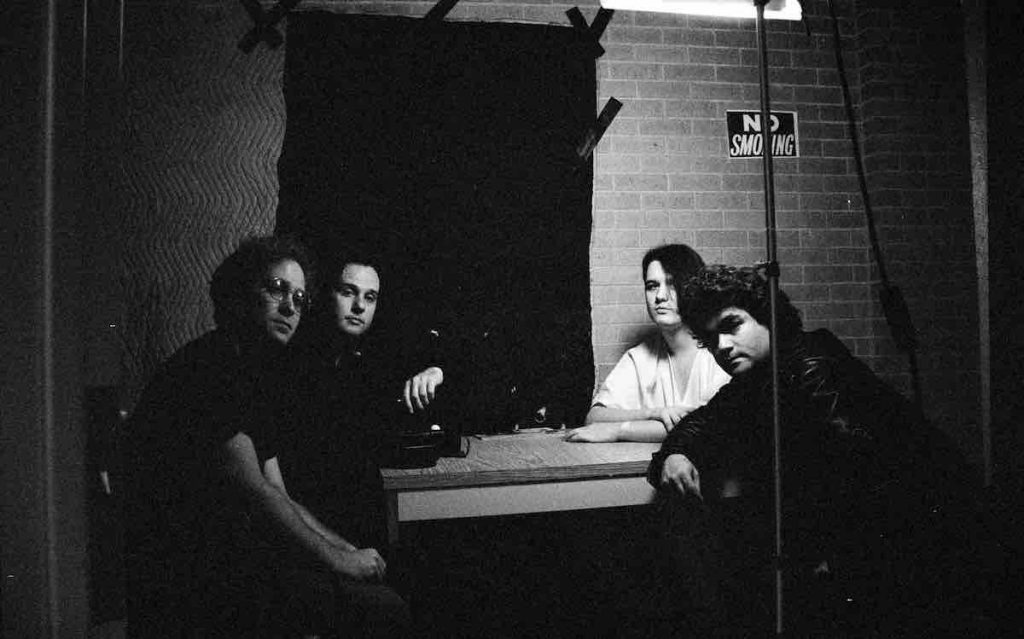 Behind the scenes of Paradise Lost, directed by Joe Berlinger and Bruce Sinofsky

The reason we wanted Brother’s Keeper and Paradise Lost to play in movie theaters was because we wanted this communal feeling of sitting in a room with all these people. But now the community vibe has been replaced via social media. And in particular, with how voraciously people consume crime documentary content, it’s just unbelievable. I am not allowed to reveal the viewing numbers of my most recent Netflix series, Crime Scene: The Vanishing at the Cecil Hotel, but a mind-boggling number of people saw it around the globe. You look at your phone, and you look at the hashtag #cecilhotel, and literally every second somebody around the world is posting about the show, and whether they hate it or like it, or what they believe about the issues the show raises. I couldn’t dream of such a large audience when we were theatrically self-distributing Brother’s Keeper in 1992. If 400 people saw our film in theaters on a weekend back then, we thought that was amazing. Now tens of millions of people routinely see my work on Netflix upon release.

People complained about Metallica: Some Kind of Monster, even though it was beloved, being two-hours-and-twenty minutes. I don’t think I could do Paradise Lost, part one, which was two-and-a-half-hours long, with today’s attention spans, as a feature. But as a docuseries, I could probably have done four hours.

There has never been a time like now, where documentaries are so popular and the form has become so creative and expansive. But I can’t wait for the fourth revolution, whatever that may be.

Confronting a Serial Killer, produced and directed by Joe Berlinger, premieres on Starz on Sunday.

Why Did You Kill Me: What Belinda Lane Did to Solve Her Daughter Crystal’s Murder
Synchronic Co-Directors Justin Benson and Aaron Moorhead on Making the Film, From Beginning to End