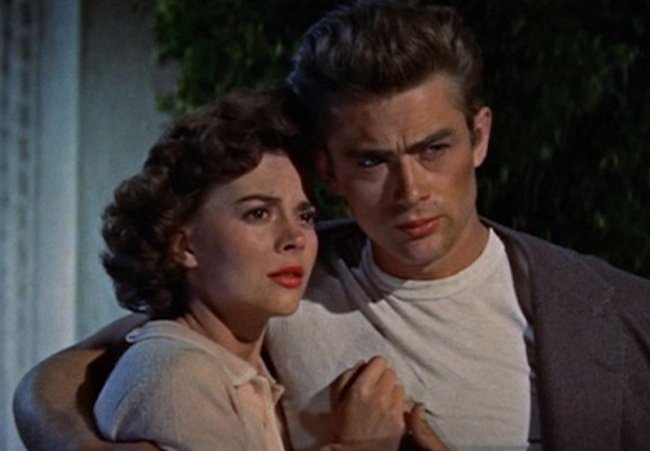 In today’s Movie News Rundown: The wild story of Rebel Without a Cause director Nicholas Ray’s final film; John McCain gets a probably very sympathetic biopic; the Internet was wrong about Chuck Norris; and can celebrity pop-up performances revive the arts in New York?

Nicholas Ray: Jean-Luc Godard wrote in 1957 that “cinema is Nicholas Ray.” But a decade later, Ray was almost penniless and struggling with alcoholism. He soon took a teaching job in upstate New York, where one of his students asked him, “What the hell are you doing here, man?” The latest, lovingly researched episode of Dan Delgado’s The Industry describes what happened next. Listen on Apple or Spotify or below. It’s not to be missed.

Razzle Dazzle: New York Gov. Mario Cuomo announced plans for 150 pop-up performances across the state by artists like Chris Rock, Amy Schumer, Wynton Marsalis and Hugh Jackman in an effort to reinvigorate the arts and culture in the state. They’ll be held outdoors and in “flexible venues adapted for social distancing.”

The Competition: Staying home and watching Netflix. The streaming service unveiled a robust slate of new films coming out in 2021. including an Adam McKay satire with Leonardo DiCaprio and Jennifer Lawrence, Don’t Look Up. If we’re going to send 2021 the same way we spent 2020, Netflix is ready.

Sundance: Judas and the Black Messiah, the story of the FBI’s targeting of Black Panther leader Fred Hampton, from director Shaka King and producer Ryan Coogler (best known for that other Black Panther), will premiere at the Sundance Film Festival — and screen at satellite sites across the country. It’s a very cool way of making Sundance more accessible to people everywhere.

John McCain Biopic: A new film about his life will be written by his former advisor, Mark Salter, and his former campaign lawyer, Craig Turk, who also wrote for The Good Wife, which is delightful. It will be produced by his wife, Cindy McCain. I dunno, do you feel like this movie might be kind of pro-John McCain? I met him once, he was very cool and funny, he was obviously a very principled person, and I’m sure I’ll see this.

The Post, Revisited: I loved Steven Spielberg’s 2017 film The Post, but Neal Sheehan’s posthumous revelations about how exactly the Pentagon papers got published shows just how much the film downplayed the role of The New York Times. Sheehan’s story would be a good movie, too, but The Post already used some of the craziest stuff.

Oh: Everyone was mad at Chuck Norris yesterday for allegedly attending the Capitol disaster. But Chuck Norris says he wasn’t there. (A rep for Norris confirms this Twitter account belongs to Norris.)

I recently learned there was a Chuck Norris lookalike at the DC Capitol riots. It wasn’t me and I wasn’t there. There is no room for violence of any kind in our society. I am and always will be for Law and Order.

What About All That Other Stuff on the Internet About Chuck Norris?: I don’t know what to believe anymore.

Who Would Win in a Fight Between Chuck Norris and Bruce Lee? Let’s find out.

Main image, above: Natalie Wood and James Dean in 1955’s Rebel Without a Cause, directed by Nicholas Ray.